Where does the expression “willy-nilly” come from and What does willy nilly mean?

Many years ago there existed, in Old English, a verb that was the negative of will, “to desire, to be in an acceptable or purposeful frame of mind.”

This verb of negation was nill, “to be unwilling, not to will.”

It is known to have existed as early as the ninth century in Anglo-Saxon, and its use continued in good standing until about the first of the seventeenth century. 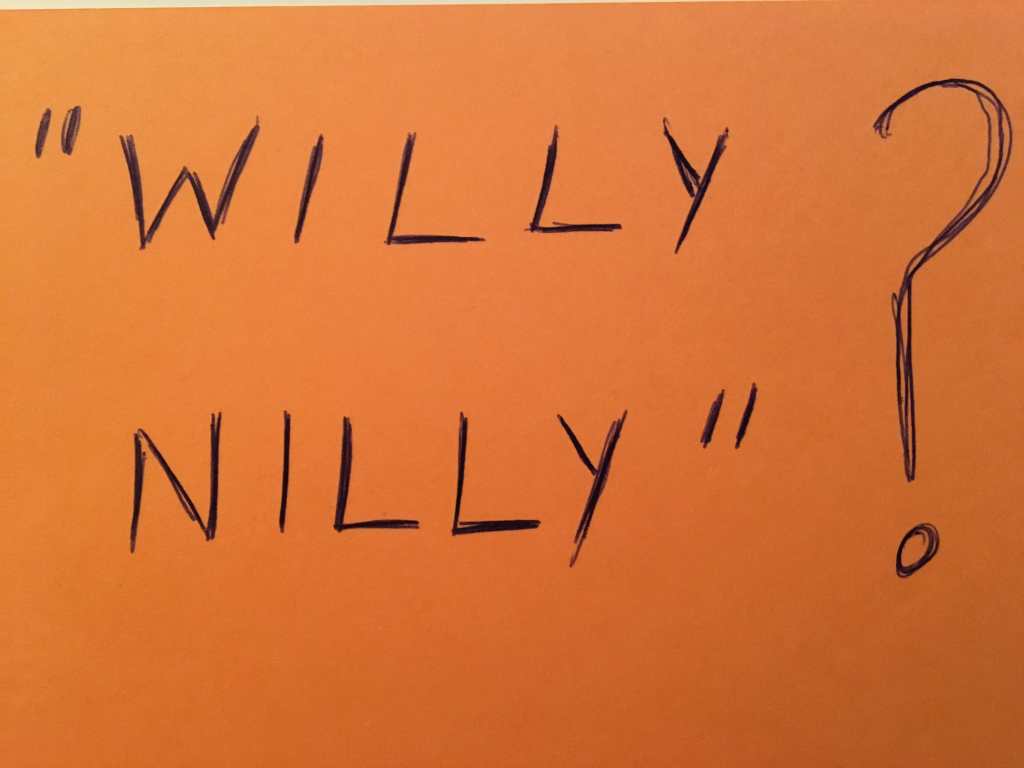 Since then it has become obsolete or archaic except as it has been used specifically in conjunction with will in one of several expressions signifying known futility.

These expressions have included such combinations as willing . . . nilling; will I, nill I; will ye, nill ye; will he, nill he (sometimes in the reverse order), all of which imply that “such a thing will be, or will happen, regardless of the desires of the person affected.”

All these forms have now been contracted into the single expression of futility which is our willy-nilly.