Where does the phrase “a peeping Tom” come from and What does it mean?

When we call anyone “a peeping Tom” we mean usually that he is a despicable person with a prurient mind.

“Prurient,” to spare you a trip to the dictionary, means “inclined to lewd thoughts or desires.” A peeping Tom may be a person who peers into windows with a desire to satisfy curiosity; but whatever his purpose, he is not a popular person.

We have to go back to the eleventh century, to the story of Lady Godiva and her famous horseback ride, for the origin of the name. 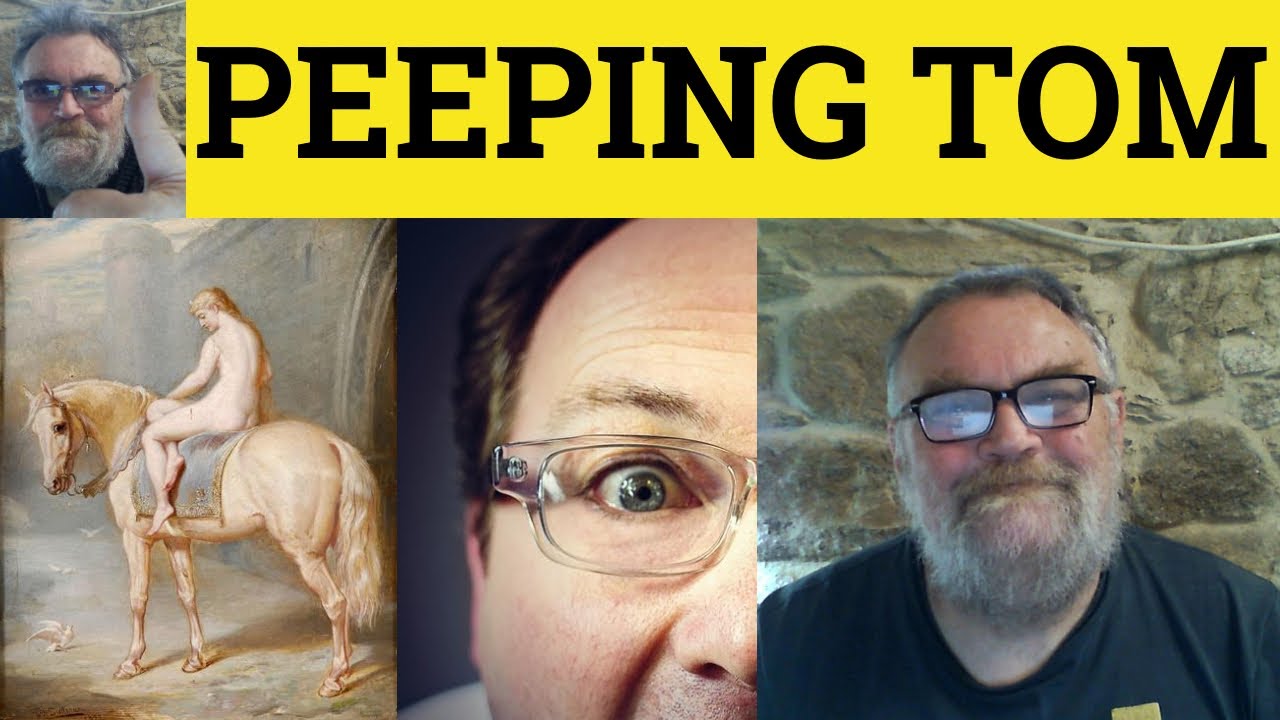 Although Lady Godiva was a real person, who died about the year 1080, the account of her ride may be pure fiction. Her husband, Leofric, Earl of Mercia, it is said, levied a tax upon the people of Coventry which they found oppressive.

His wife asked him to repeal the tax and, probably in jest, he promised to do so on the condition that she should ride nude through the streets of the town. Because the people of the town adored her, she had full confidence that they would obey her request that on a certain day everyone would remain indoors with the windows barred; in that confidence she rode through the town “with no covering but her flowing tresses.”

One person only, the town tailor, could not restrain his curiosity and peeped through a knothole in the shutter of his shop.

Some say that “peeping Tom” lost his life through his curiosity, others that he became blind, but in any event his name has conic down down to the present time as one who was too curious for his own good.

The story was told originally by an unknown writer in the twelfth century, about seventy-five years after Lady Godiva’s death, and it forms the theme of a poem by Lord Tennyson.