Where does the phrase “king’s evil” come from and What does king’s evil mean?

The “evil,” scrofula, was not possessed by a king, but, because the kings of France and those of England were all anointed with consecrated oil, it was formerly a popular belief that, merely by a touch, “the king’s touch”, a person afflicted with scrofula would be cured.

In France, the power of so healing le mal de roi was first ascribed to Clovis in the fifth century; in England, the claim was that Edward the Confessor of the eleventh century was the first ruler to possess such divine power.

Actually, however, the practice of “touching” an afflicted subject for the king’s evil can be traced only to Louis IX in France and Edward III in England, of the thirteenth and fourteenth centuries respectively. 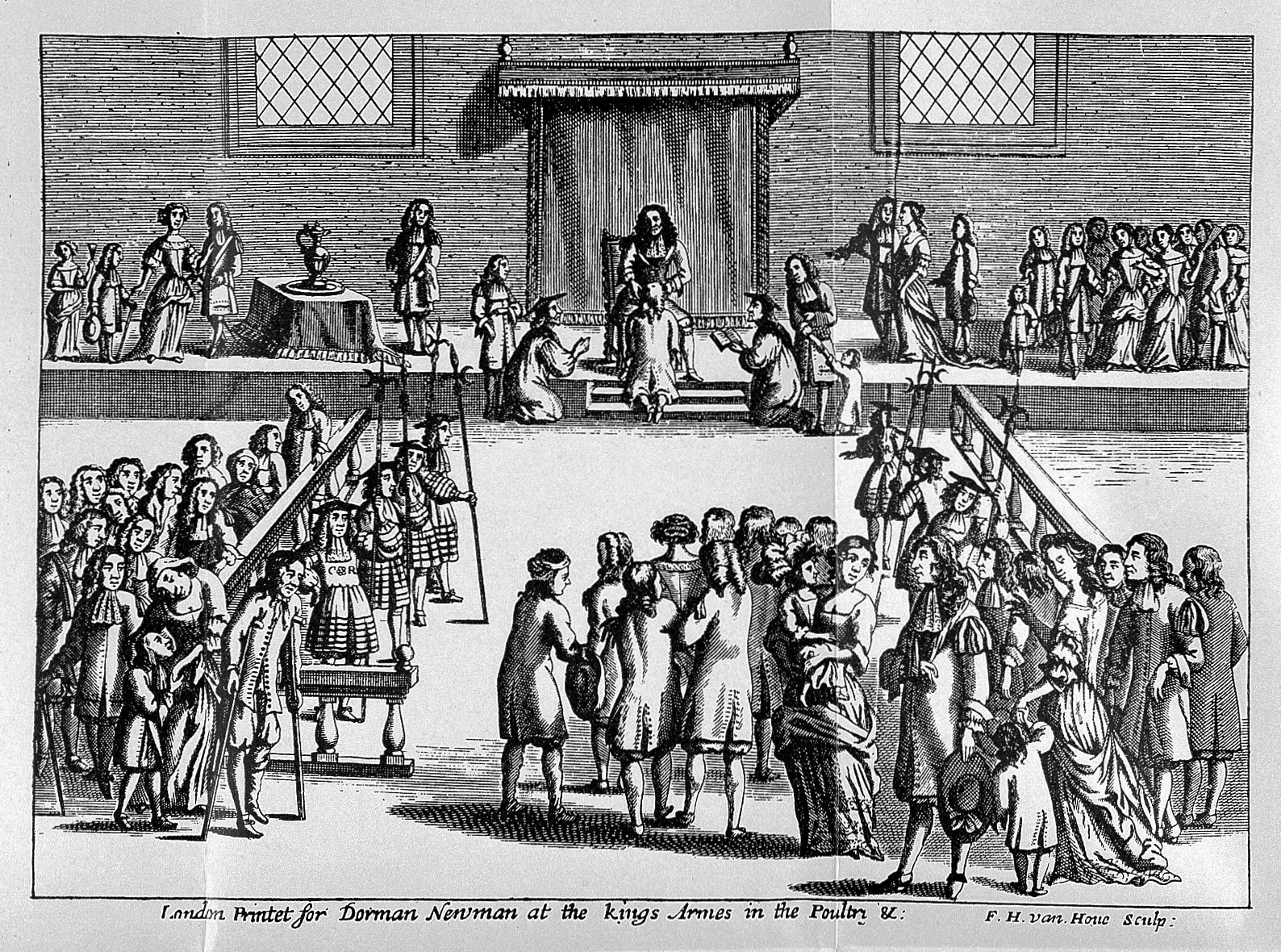 It was abolished in both countries during the nineteenth century.