Where does the phrase “to know chalk from cheese” come from and What does it mean?

There was a time when coloring matter was not used in the making of cheese.

Consequently, chalk and cheese were of the same whiteness. Such, at least, was the state of affairs in the fourteenth century.

Perhaps, too, an unscrupulous tradesman would now and then take advantage of an innocent young housewife and sell her a piece of chalk which he had carefully shaped to resemble a cheese. 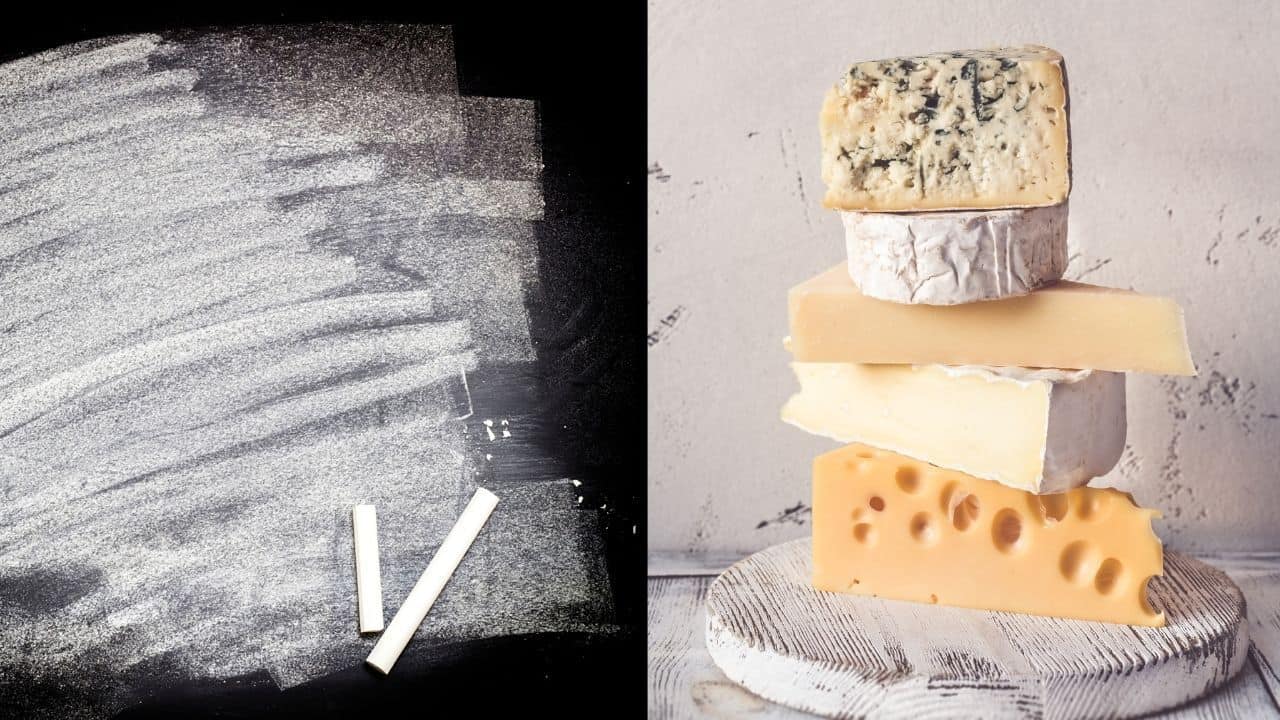 At any rate, comparisons of chalk with cheese began to crop up at every opportunity. John Gower, in Confessio Amantis (1590), wrote, “Lo, how they feignen (counterfeit) chalk for chese.”

Such comparisons carry on to the present time from habit, though for several centuries the two substances no longer have had even a superficial resemblance.