Where does the term “fife rail” come from and What does fife rail mean?

A mariner’s term, “fife rail” now indicating a rail round the mainmast of a sailing vessel with holes into which belaying pins may be inserted.

Originally, however, according to Admiral W. H. Smyth’s The Sailor’s Word-Book (1867), it formed “the upper fence of the bulwarks on each side of the quarter-deck and poop in men-of-war.”

By repute, the fifer had his seat on this “upper fence” while the anchor was being hoisted. 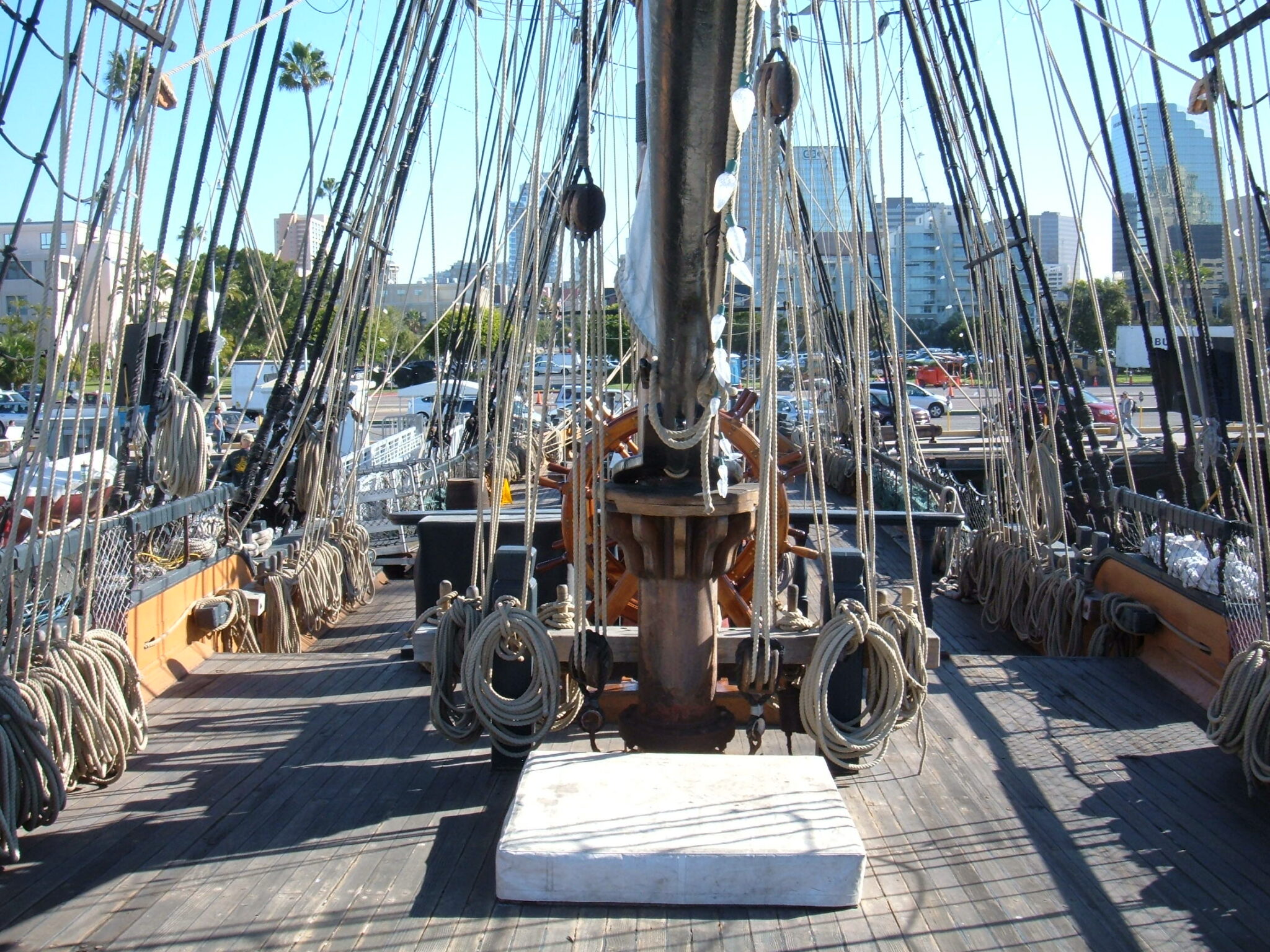