Where does the term “sheet anchor” come from and What does sheet anchor mean?

The derivation is somewhat obscure, although some authorities believe that the name for this emergency anchor comes from shot-anchor, or shoot-anchor, since, if an emergency actually came about, it would have been “shot” (dropped quickly) from its supports.

To bolster this theory, attention is called to the derivation of shoot, which came into the language through the Anglo-Saxon sceotan. which then passed through the Middle English form, scheten.

It may also be worth noting that Scottish dialect sheet for “shoot” may have had something to do with our present form, as many capable British shipmasters were drawn from Scotland. 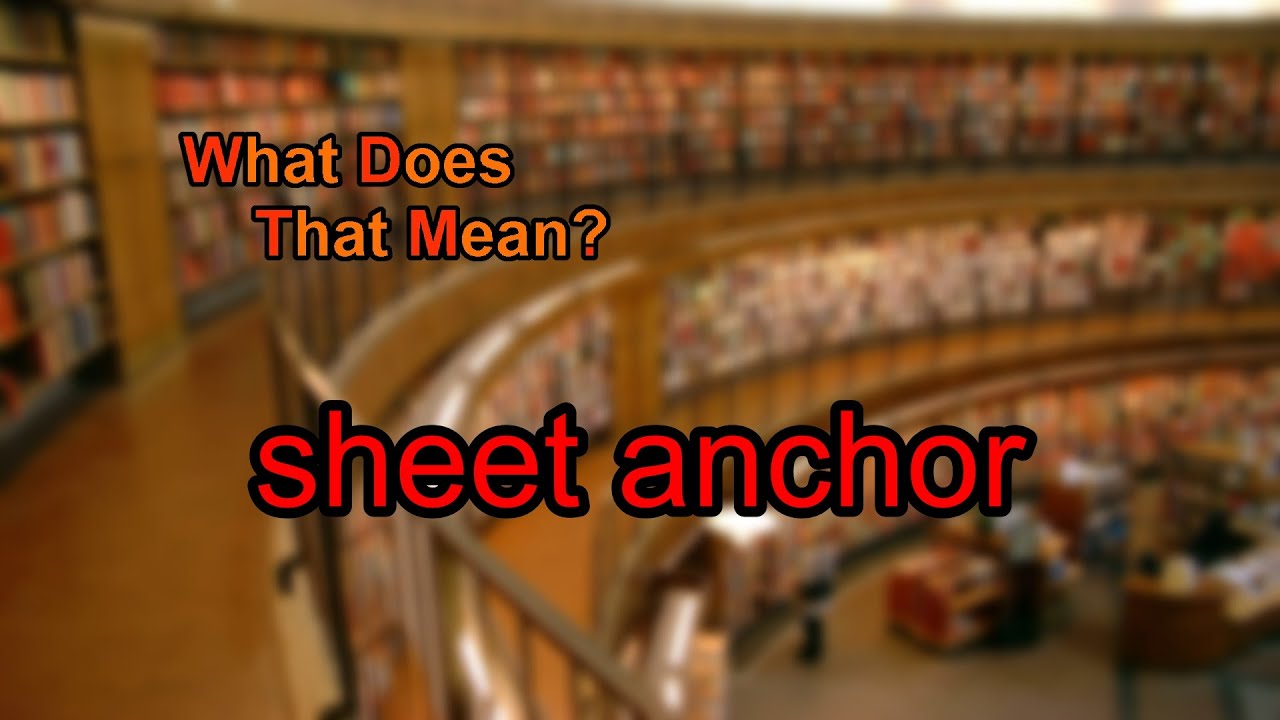 Be that as it may, the modern meaning, “something which may be relied upon,” is a direct descent from the emergency nature of the sheet anchor.