Where does the term “Soda Jerker” come from and What does Beer Jerker mean?

The average drugstore soda fountain clerk would be quite upset to be called a drunkard, but this is what was meant by a jerker some hundred and fifty years ago.

A habitual drunkard, in time, loses his ability to move smoothly; his actions become quite jerky, and this led to the coining of the slang term to describe such a person, then to beer jerker for the sot who was principally a drinker of beer.

By 1873, the term beer jerker had been transferred to the bartender who dispensed the beer. 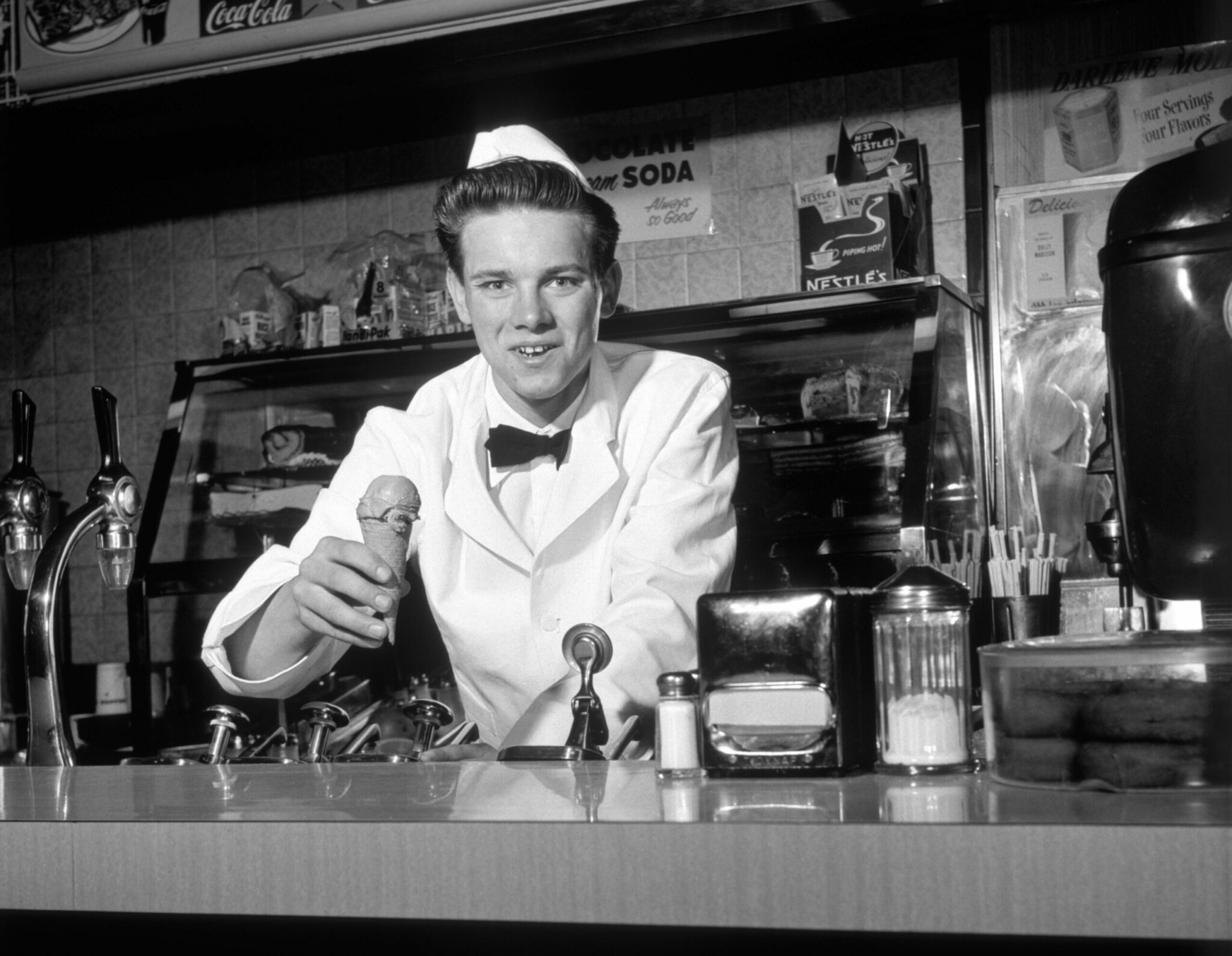 With the widespread growth and popularity of soft drinks early in the present century, the many resulting soda fountains required the services of clerks who dispensed these more innocuous beverages, and it was quite natural that they should be called by the trade name of their predecessors, becoming soda jerkers.