Where does the word “knickerbockers” come from and What does knickers mean?

Some time in the latter part of the seventeenth century, probably about 1682, a gentle Dutch farmer from Holland settled with his family near the site that was to become Albany, New York.

There he prospered greatly and left sizable properties to his seven children. His name was Harmen Jansen Knickerbocker.

The eldest of his children, Johannes Harmensen Knickerbocker, acquired additional property north of Troy, along the river Schaghticoke, and this estate and the great manor upon it descended in due course to his grandson, Harmen, born in 1779. 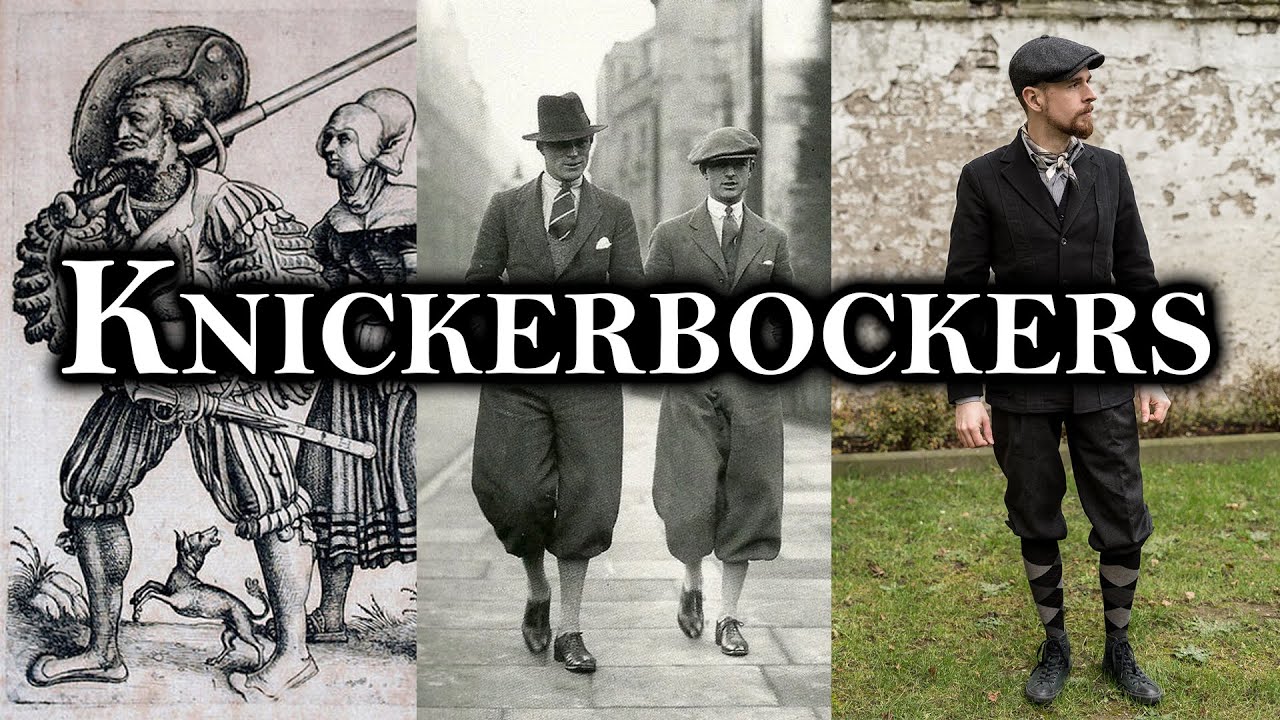 This man, great-grandson of the original Harmen, entertained lavishly, for he had inherited great wealth. He became known as “the prince of Schaghticoke.” But it is likely that he would have had little more than a local notoriety had it not been for the satirical writer, Washington Irving.

Intending at first merely to burlesque a pretentious guidebook to New York written by Dr. Samuel Mitchell, Irving got carried away with his theme.

He could not resist playing up the characteristics of the phlegmatic Dutch burghers, and wound up with a richly humorous book, A History of New York from the Beginning of the World to the End of the Dutch Dynasty. The two-volume History, published in 1809, was ascribed by Irving to “Diedrich.

Knickerbocker,” a thinly disguised alias for the “prince of Schaghticoke,” who, of course, had actually had nothing to do with the matter.

The most popular edition of Knickerbocker’s History, as the book came to be called, was illustrated with pictures show-big Dutchmen clad in seventeenth-century costume, wearing knee breeches buckled just below the knee. These costumes were copied, especially for boys’ wear, during the 1850’s.

The trousers, because of the distinctive cut and the buckle or button at the waist and knee, became immediately known as knickerbockers, a term now often shortened to knickers.