Where does the word “sock” come from and What does sock mean in Latin?

The professional comedian of ancient Rome, he who acted in comedy, took every precaution when he stepped upon the stage to have no one mistake him for other than a comic actor.

Of course he wore the grinning mask which, by its hair or beard, complexion or wrinkles, or other well-known markings would indicate whether the character he was portraying was old or young, sick or well. (See PERSON.)

But in addition he wore upon his feet a pair of loose leather slippers, slippers of a type that, in Rome, were worn only by women or by effeminate men. These were in sharp distinction from the cothurnus, worn by actors in tragedy, which laced high up the calf of the leg. 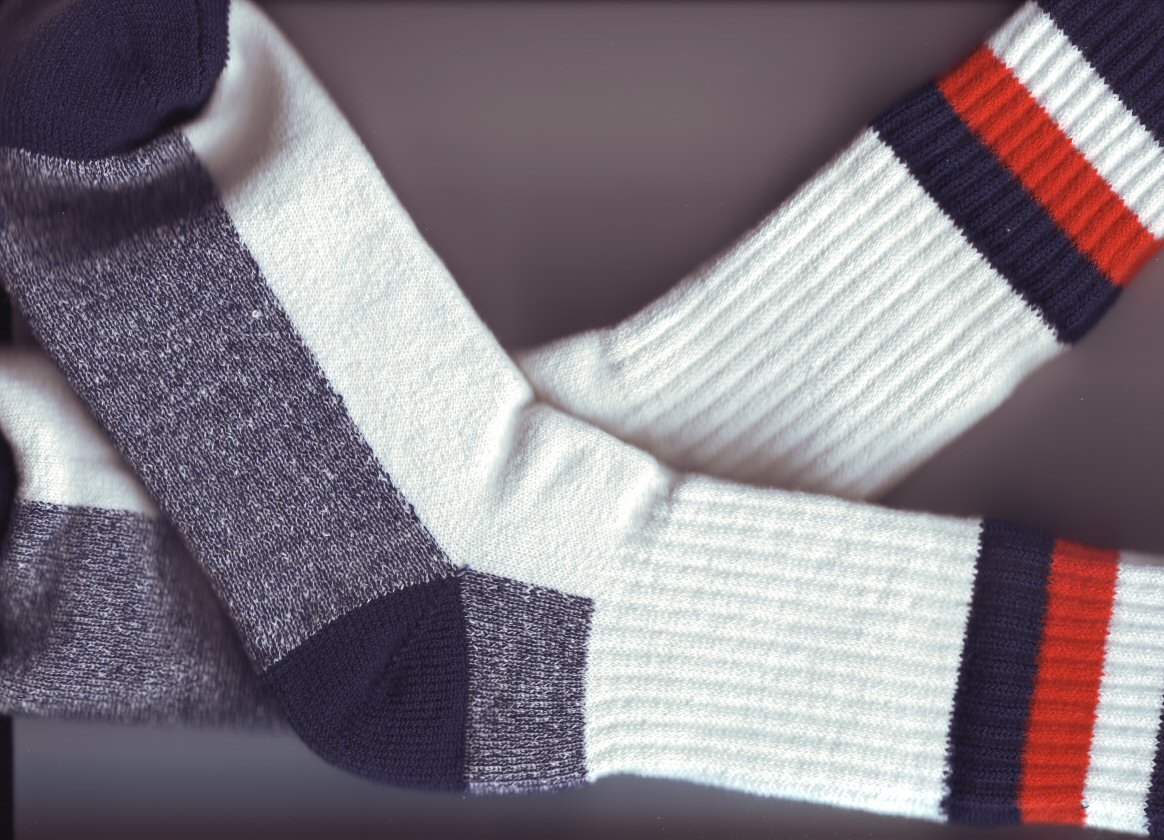 The soft, low slipper, soccus, it was called, of comedy was shaped somewhat like the modern pump, but loosely covered little more than the toes and heel. These light shoes were the forerunners of our socks.

Romans carried the name soccus to Germany, whence, abridged to soc, it traveled to England. There, even until recent times, the name, sock, by that time, still meant a light slipper.

But, many years ago, sock also came to be applied to any soft covering for the foot, worn inside of a boot or shoe. Neither hose nor stocking then covered the foot, for these were coverings for the leg.

Eventually foot and leg covering were attached, and sock then became the term for a short stocking, extending to the calf of the leg.