Where does the word “tawdry” come from and What does tawdry mean?

The story of the word tawdry takes us back to an Anglian princess of the seventh century.

In early records her name appears as either Etheldreda or Æthelthreda, but in Norman times it was altered to Audrey.

Her father, it is said, had married her to a neighboring king against her wishes, and she fled from him to the Isle of Ely in the river Ouse, a few miles north of Cambridge, England. 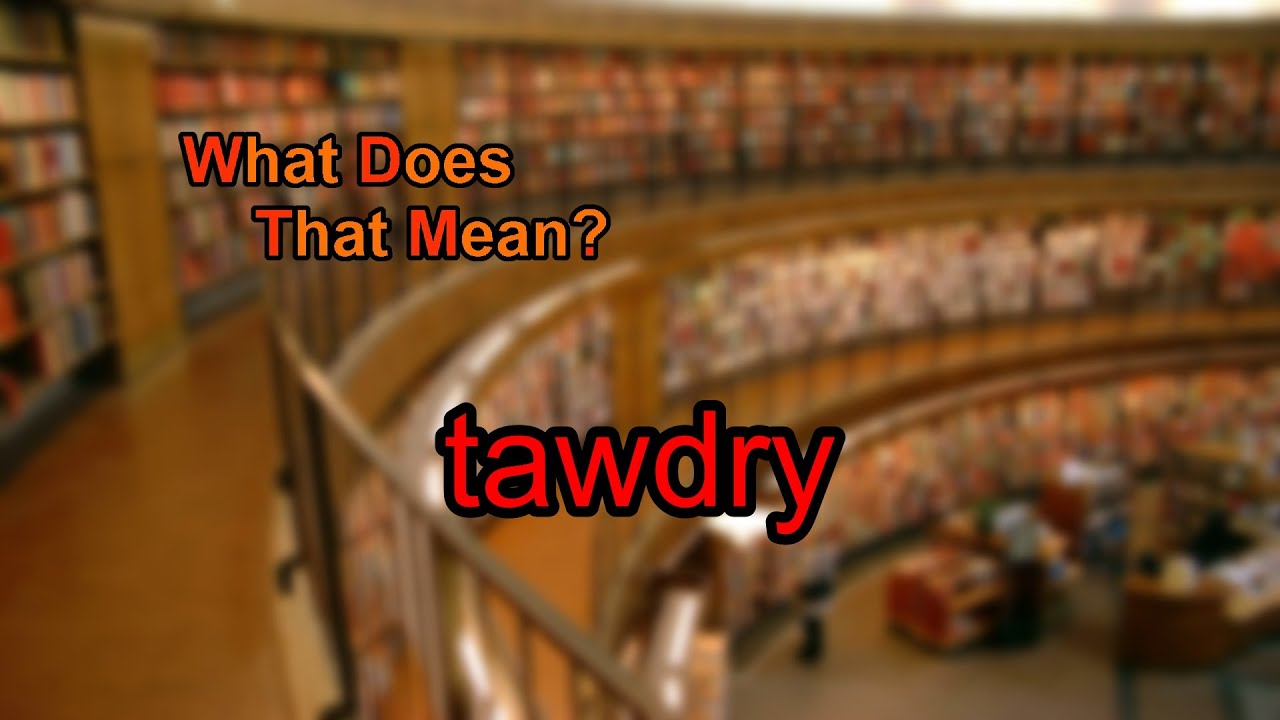 Here, after purchasing the island, she established a religious house, of which she became abbess, and here, in 679, she died and was buried.

Some sixty years later, the Venerable Bede wrote of her in his Ecclesiastical History, and said that her death had been caused by a growth in her throat, which, according to the abbess herself, was in punishment for a vain fondness in her youth for wearing golden chains and jewels about her neck.

The monastery continued to grow after her death, becoming, many years later, the Cathedral of Ely. A town grew up around it, and it then became the custom to hold annual fairs upon the day, October 17, sacred to the memory of St. Audrey.

“Trifling objects,” as they were called in old records, were sold at this fair. Especially treasured were those that in some way commemorated the foundress of the establishment.

Naturally enough, among the most popular of the souvenirs was a golden chain or band of lace to be worn by women about the neck; and this trinket became yet more popular when, sometime in the sixteenth century, a noted preacher drew attention to the custom and repeated the story told by the Venerable Bede of St. Audrey’s vanity.

And as the quality of the chain or lace began to become less through the years, so did the cry of the merchants become less distinct. “Saint Audrey’s lace” became “Sin t’Audrey lace,” and by the time it had become “Tawdry lace,” the necklace might retain its charm no longer than until its wearer reached home.

By association of ideas, other objects of gaudy ornamentation and inferior quality have since been described as tawdry. (Compare LACE and NECKLACE.)