Where does the word “Tornado” come from and What does Tornado mean in Spanish?

It is from the Spanish, who were the principal explorers and masters of the Atlantic in the sixteenth century, that we get the word tornado.

It originated from tronada, “a thunderstorm,” from tronar, “to thunder.”

Somehow, very likely through a spelling error, the word was taken into English as ternado. 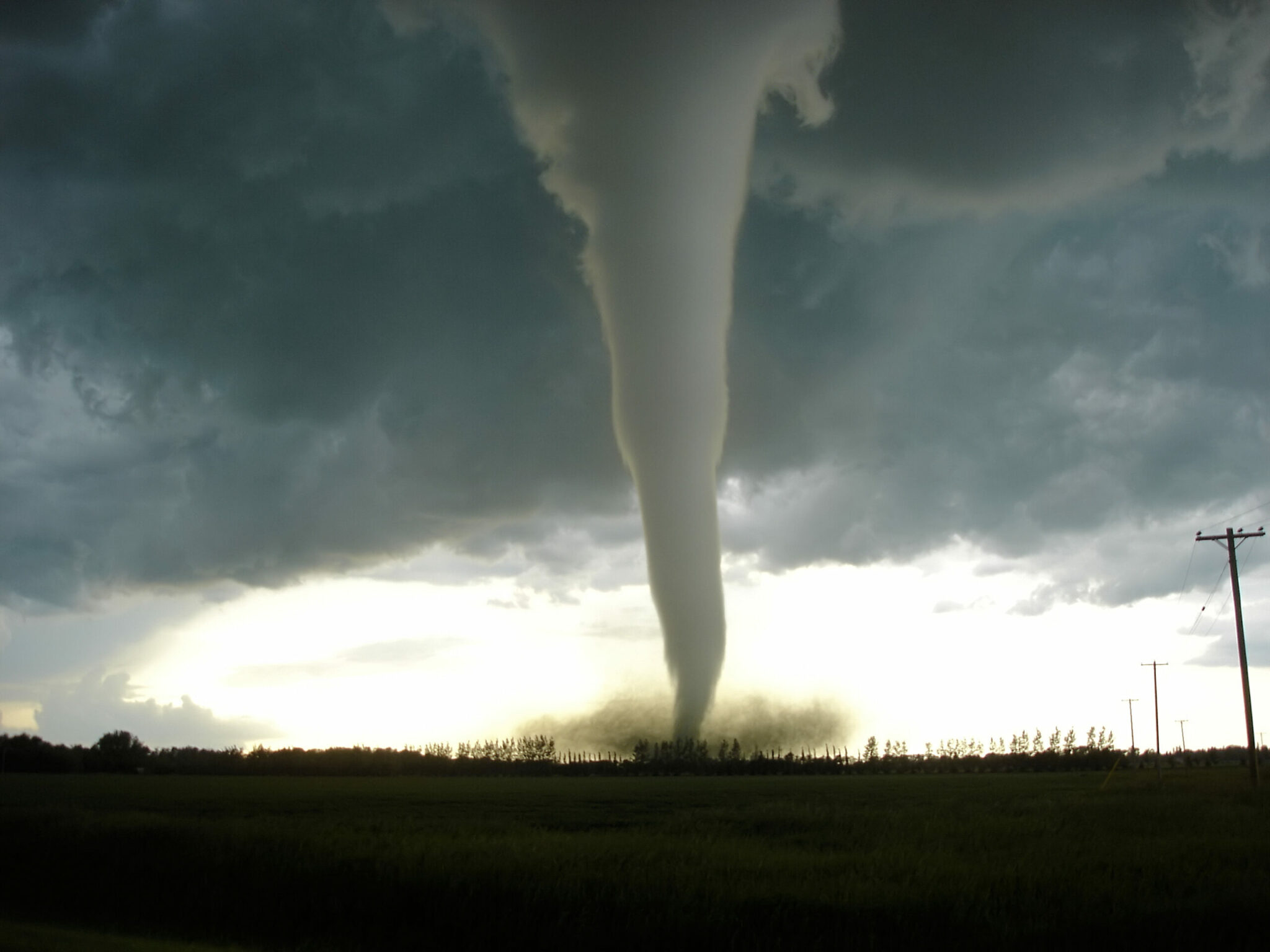 Later, when it became noted that these strong tropical storms were characterized by whirling winds, it was theorized that the spelling should more aptly reflect this trait, and it was revised to tornado, as if the derivation had been from the Spanish tornar, “to turn, return,” of which the participle is tornado, “returned.”

With the change in spelling, there was an accompanying generally accepted change in use of the word away from thunderstorms and more particularly to those storms chiefly characterized by whirlwinds.