Where does the word “Touchstone” come from and What does Touchstone mean?

Ever since mankind began to practice chicanery upon his fellows, it has been found necessary to develop techniques for ascertaining the true value of those materials that are to be found in the marketplace, particularly gold and silver.

Long ago it was discovered that if suspected gold were rubbed on the mineral known as basanite, and if the streak left on the stone was compared with the streaks deposited by gold of differing known purities, the quality of the unknown could be assayed with reasonably good accuracy.

The Greeks called this stone basanos, which also has the meaning of “inquiry, especially by torture.” 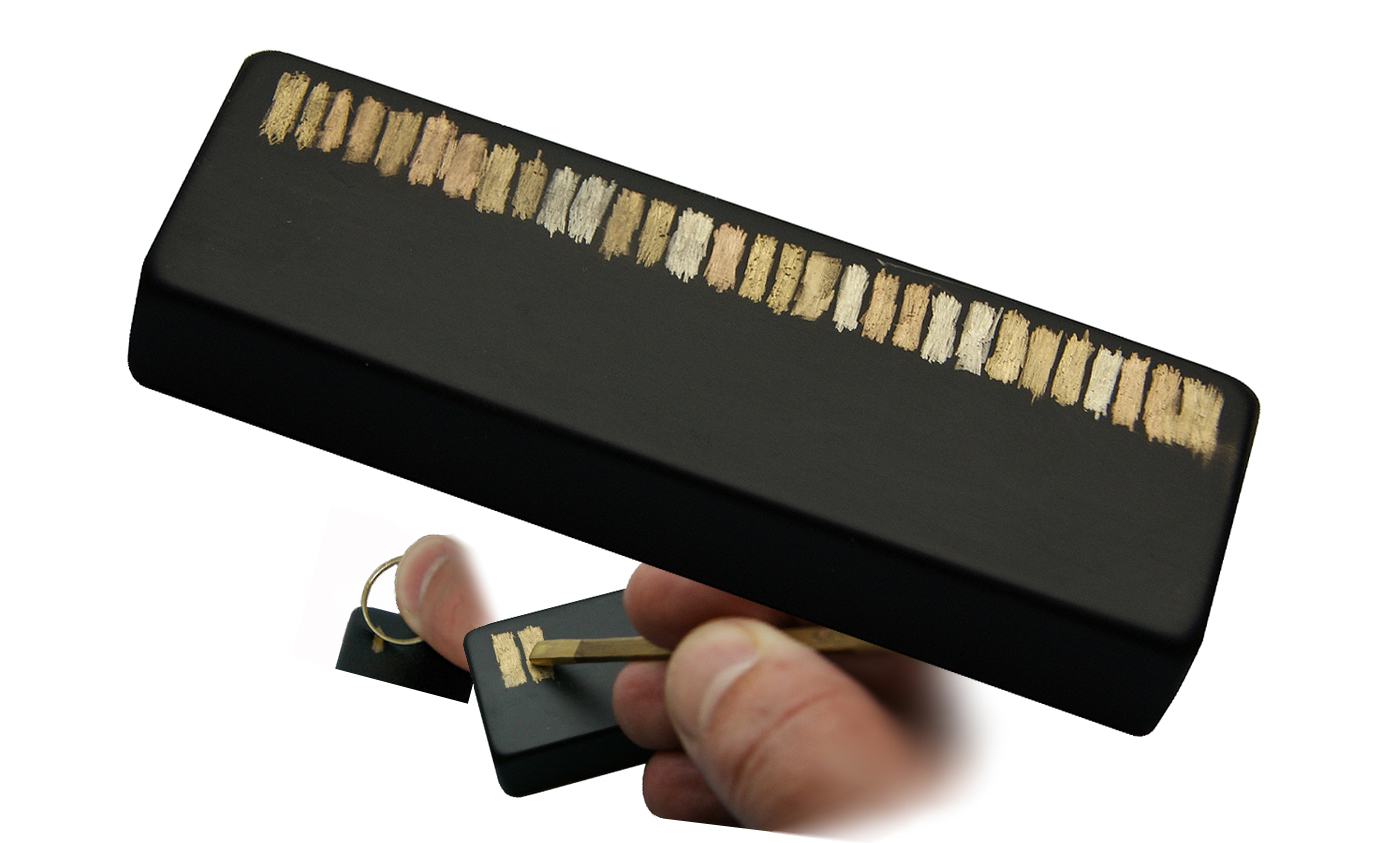 The Romans were less picturesque, the Latin term is lapis Lydius, “the stone of Lydia.”

But the French got right down to brass tacks and called it touchepierre (modern French, pierre de touche), literally, touchstone, with that sense of touche that means “assay.”