Where does the word “Velocipede” come from and What does Velocipede mean in French?

Early in the nineteenth century, a German, Baron von Drais, invented a machine that had a remarkable likeness to a modern bicycle, except that it lacked pedals, chain, and sprockets.

The rider sat upon a saddle and propelled himself by pushing with the feet, and is said to have been able to achieve a speed of up to five miles per hour.

The device was introduced into England and manufactured by one Denis Johnson in 1818, by whom it was patented under the name of velocipede. 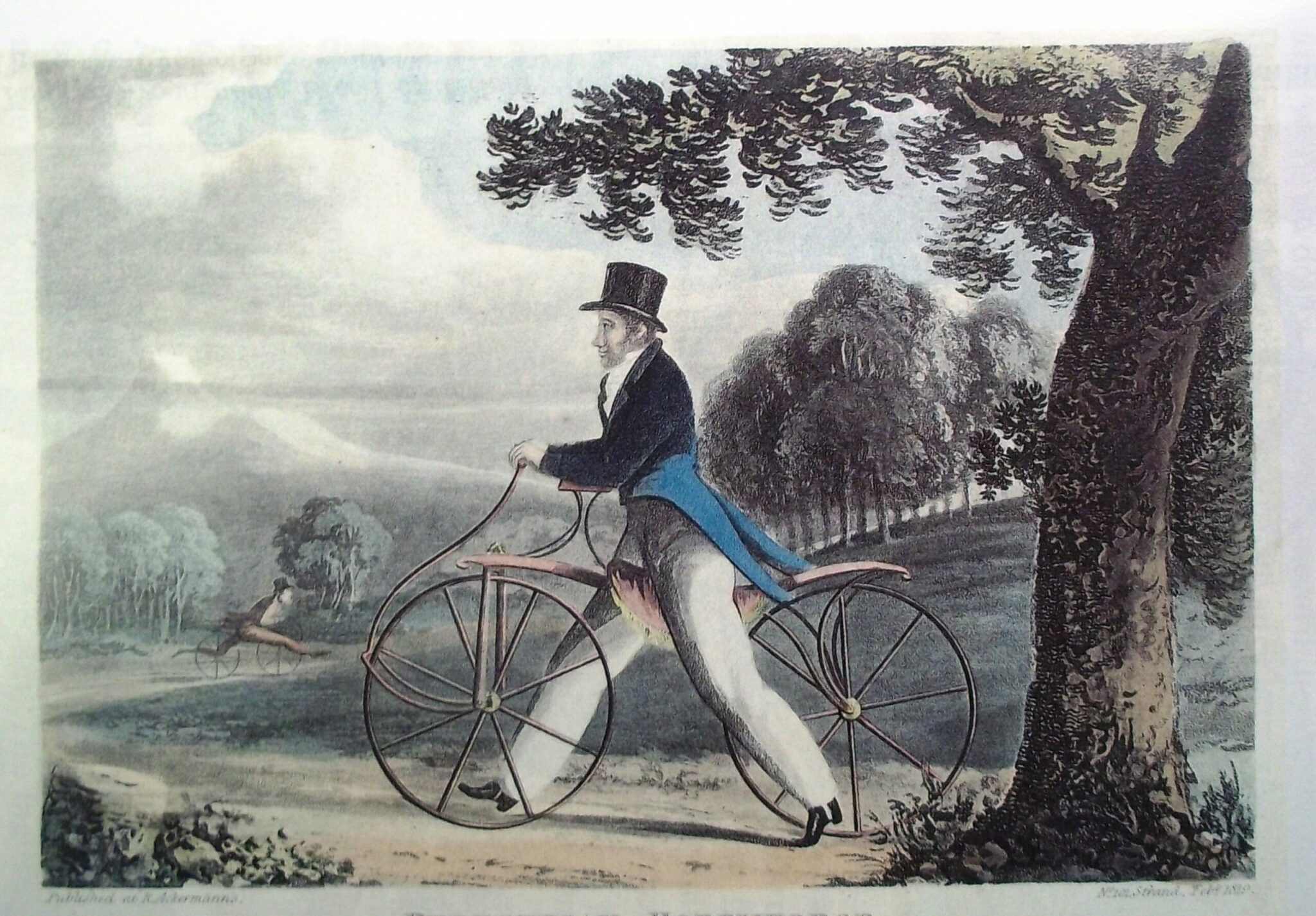 Although this name is now applied chiefly to a tricycle fitted with pedals, it was used extensively throughout most of the nineteenth century for nearly all the descendants of the original machine, whether of two or more wheels, with or without pedals.

The name seems to have come from the French of the same form, but is of Latin ancestry, being made up of the combining forms of velox, “swift,” and pes, “foot”; hence, “swift-footed.”