Where does the word “windjammer” come from and What does windjammer mean in German?

The earliest use of the term windjammer in English is reported to have been in the 1870’s, with the meaning of “a horn player.”

It seems probable that the nickname was coined from the German word for wind, which has the same spelling, and from the German verb jammer (pronounced yahmmer, and from which we get the English yammer), which means “to moan, cry, wail.”

Hence the horn player, who might seem to an unappreciative hearer to be making moaning or wailing sounds with his wind, was given the slang name of windjammer. 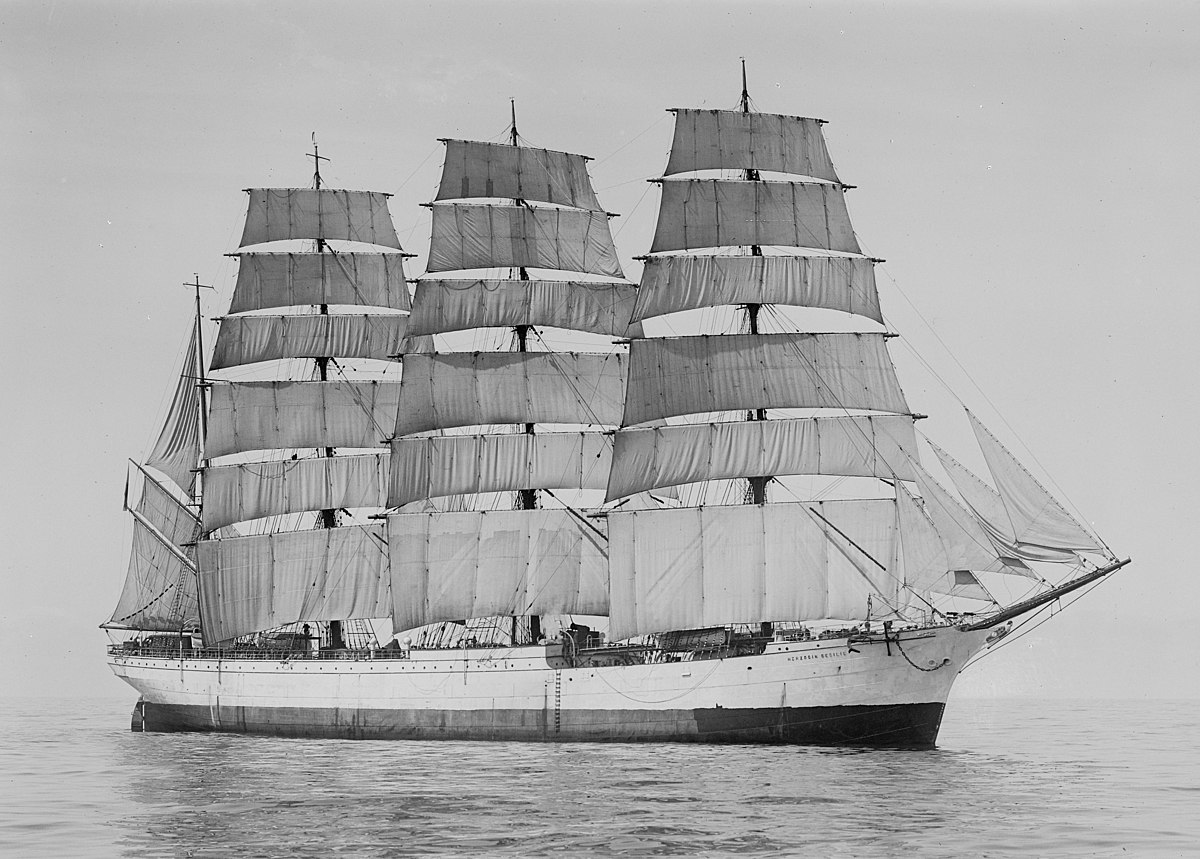 The next oldest use in English is the meaning “a talkative person, blowhard, windbag,” and since such a one, too, is making noises with his wind, this meaning seems to be a logical extension of the first.

But the most common meaning in English today, which dates from the very last of the nineteenth century, is “a sailing vessel or one of its crew.”

Here we can only suppose that, in the great rivalry between steam and sail, the men of the sailing ships bragged so loudly of the merits of sail that the supporters of steamships tacked onto them this term, from where it was transferred to the ships as well.