Where Does Vinegar Come From and What Is Vinegar Made of?

Vinegar has been known for thousands of years. No one even had to make it in the first place, because it actually makes itself. Wherever there happens to be some sugar or alcohol lying around, vinegar is on the way.

The most popular vinegars are made from grapes (red or white wine vinegar), apples (cider vinegar), malted barley or oats (malt vinegar), and rice (…uh, rice vinegar). All retain chemicals from their sources that give them unique flavors and aromas. Beyond that, there are vinegars that have been deliberately flavored with raspberries, garlic, tarragon, and virtually anything else that can be stuffed into the bottle and allowed to steep for a few weeks. 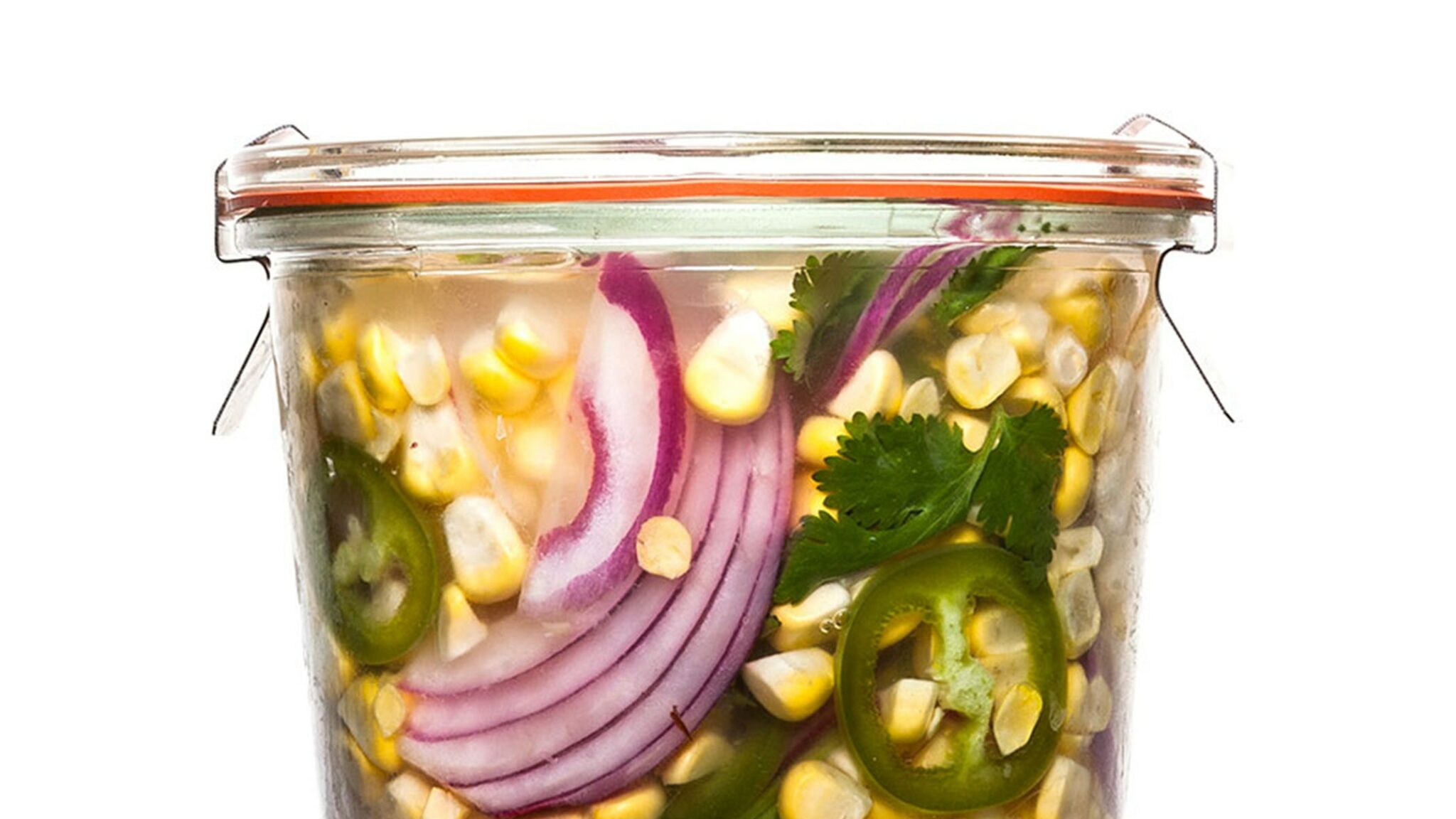 At the high end of the purity spectrum is the familiar distilled white vinegar, which is indeed nothing but pure 5 percent acetic acid in water and is just as well kept in the laundry as in the kitchen. Having been made from industrial alcohol and purified by distillation, white vinegar contains no fruit, grain, or other flavors.

Finally, there is balsamic vinegar. True balsamic vinegar has been made for almost a thousand years in Italy’s region of Emília-Romagna, and particularly in and near the town of Módena in the province’s Réggio nell’Emília region. There, trebbiano grapes are crushed into must (the juice and skins), then fermented and aged in a succession of wooden barrels for at least twelve years and perhaps as many as one hundred. The result is a thick, brown brew with a complex sweet-tart, oaky flavor. It is used in small quantities as a condiment, rather than in the familiar ways in which we use ordinary vinegar.

Unfortunately, no one regulates the printing of the word balsamic on a label, and the term is sometimes affixed to small, fancy-shaped bottles of sweetened, caramel-colored vinegar and sold for whatever the traffic will bear. Even if the label on a bottle says Aceto Balsamico di Módena, there is no real way of judging what’s inside.

As Lynne Rossetto Kasper puts it in her book The Splendid Table (William Morrow, 1992), “Buying balsamic vinegar poses all the hazards of Russian roulette” (well, maybe not all) and “price is no indicator of quality.” Her advice: For the real thing, made in Italy by the slow, traditional artisanal method, look for the words Aceto Balsamico Tradizionale di Módena or the curiously bilingual Consortium of Producers of Aceto Balsamico Tradizionale di Réggio-Emília on the label. And bring your checkbook.

But hey, if you find a bottle of vinegar labeled “balsamic” that you like, no matter how modest the price, stick with it and use it however you like.

Here’s how all vinegar “happens,” whether spontaneously in Nature or induced deliberately by humans.

There is a two-step sequence of chemical reactions: (1) sugar is broken down into ethyl alcohol and carbon dioxide gas, and (2) the ethyl alcohol is oxidized to acetic acid. The first transformation, called fermentation, is what makes wine out of grape sugars and innumerable other alcoholic beverages out of innumerable other carbohydrates in the presence of enzymes from yeast or bacteria. In the second transformation, bacteria known as Acetobacter aceti help the alcohol to react with oxygen in the air to form acetic acid. Wines can become oxidized, and therefore sour, without Acetobacter, but it’s a slower process. The word vinegar, in fact, comes from the French vin aigre, meaning sour wine.

You can make vinegar at home from wine or other alcoholic liquid by adding a small amount of vinegar containing a mass of vinegar bacteria, called mother of vinegar, to start the reaction. For everything else you need to know about making vinegar, visit Vinegar Connoisseurs International at www.vinegarman.com.

Commercial vinegars range from 4.5 to 9 percent acetic acid, with most of the common ones at 5 percent. At least that strength is necessary for preserving foods by pickling, which is one of vinegar’s most venerable uses, since most bacteria cannot thrive in acids of this strength or stronger.

A few words about acids, while I’m in the neighborhood. People tend to think of the word acid as being almost synonymous with corrosive. They’re undoubtedly thinking of the mineral acids, such as sulfuric acid and nitric acid, which could indeed dissolve a Volkswagen.

But we can eat acetic acid with no ill effects for two reasons: One, it is a weak acid and two, vinegar is a pretty dilute solution of it. One hundred percent acetic acid is quite corrosive, actually, and you wouldn’t want to get any of it on your skin, much less on your salad. Even at 5 percent, vinegar is the second strongest acid in the kitchen, after lemon juice.

What does vinegar do? What doesn’t it do, at least ostensibly? Folk medicine abounds with claims that it cures headaches, hiccups, and dandruff; soothes sunburn and bee stings; and, to quote an advertisement that I found on the Internet for a Chinese rice wine vinegar, “is the secret to longevity, tranquility, balance, and strength.” Believers in these and similar folk remedies will zealously inform you that science has been unable to prove that they don’t work. The reason, of course, is simply that scientists have better ways to spend their time than chasing after such will-o’-the-wisps.

After cutting raw meat or poultry on your cutting board or butcher block, it’s a good idea to wipe it down with a disinfectant solution, such as a tablespoon or two of chlorine bleach in a quart of water. But the bleach leaves the board with a long-lasting chlorine smell that is very hard to wash off.

Vinegar will remove it. Rinse the board with any kind of vinegar; its acetic acid neutralizes the alkaline sodium hypochlorite of the bleach and kills the smell.

Not to encroach on Heloise’s territory, but if you add some distilled white vinegar to the final rinse water when washing your white clothes with chlorine bleach, your hankies won’t smell like a chemistry lab.