Why Are Potatoes With Green Skin Toxic and Unsafe To Eat?

It’s not green because it’s unripe; potatoes are ready to eat at any stage of growth.

And they’re not flaunting the green because they’re a traditionally Irish food. The green color is Mother Nature’s Mr. Yuk sticker, warning us of poison.

Potato plants contain solanine, a bitter-tasting member of the notorious alkaloid family, a group of powerful and toxic plant chemicals that includes nicotine, quinine, cocaine, and morphine. Most of the solanine in potato plants is in the leaves and stems, but smaller amounts are found in and under the skin of the tuber and to a lesser extent in the eyes. 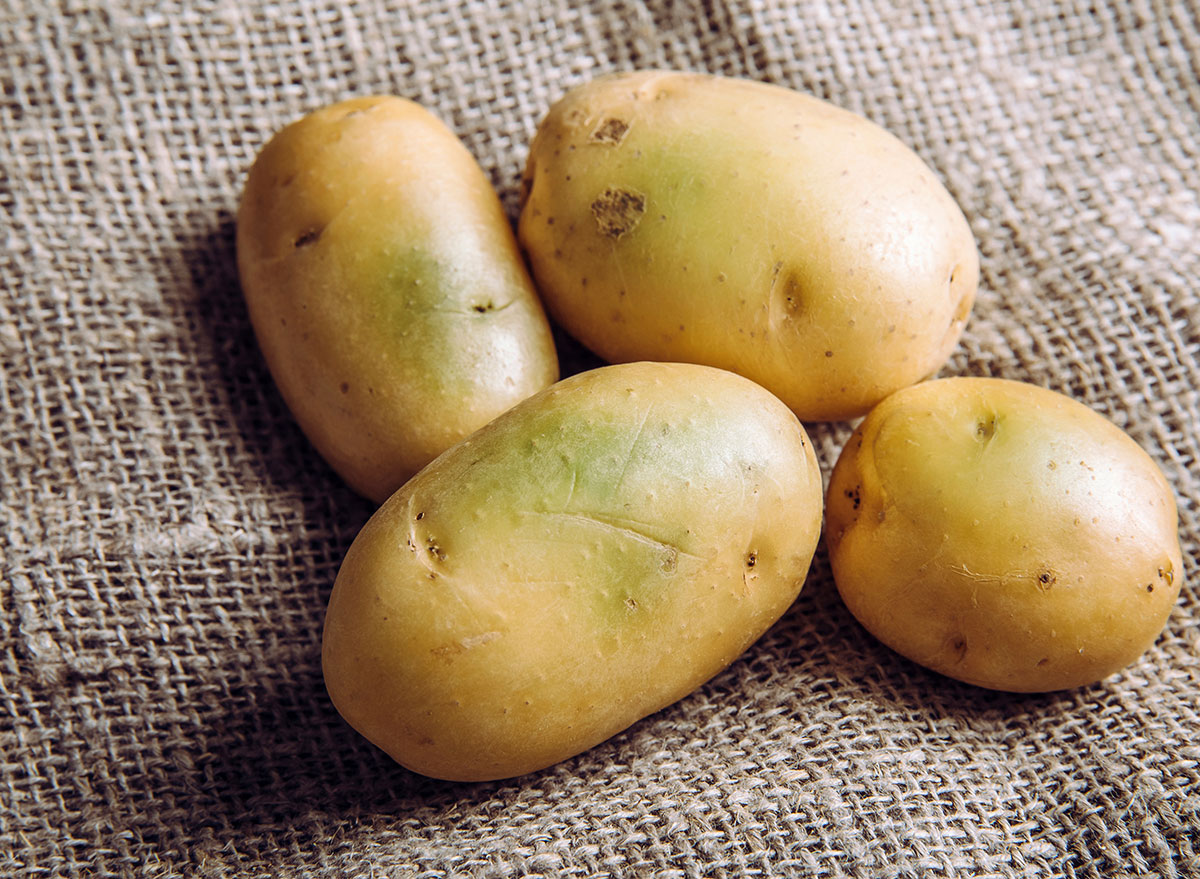 If an underground-dwelling potato is accidentally uncovered during growth, or even if it’s exposed to light after its disinterment, it thinks it’s time to wake up and start photosynthesizing. So it manufactures chlorophyll and becomes tinged with green on the surface. It also manufactures solanine in the same location.

While solanine won’t hurt you unless you eat a lot of it, it’s always prudent to cut away and discard the green parts; the rest of the potato will be perfectly okay.

Or, because the solanine is concentrated near the surface, you can get rid of most of it by peeling the potatoes rather heavy-handedly. But don’t buy a bag of potatoes that has more than a few green areas, because it’s a nuisance to cut them all away.

The solanine level goes up when the potato has seen better days and is wrinkled or spongy. So by all means toss out those sad-sack spuds that you’ve been storing too long. As for the sprouted ones, the sprouts are particularly rich in solanine, especially when they start to turn green.

Potatoes keep best in a dark, dry, and cool place, but not too cool. At refrigerator temperatures, they tend to manufacture solanine. They also convert some of their starch into sugar, which produces a peculiar sweetness and makes them turn brown when fried.