Cumberland Road does not pass through the Cumberland Gap.

The Cumberland Gap is near the place where Kentucky, Virginia, and Tennessee meet. 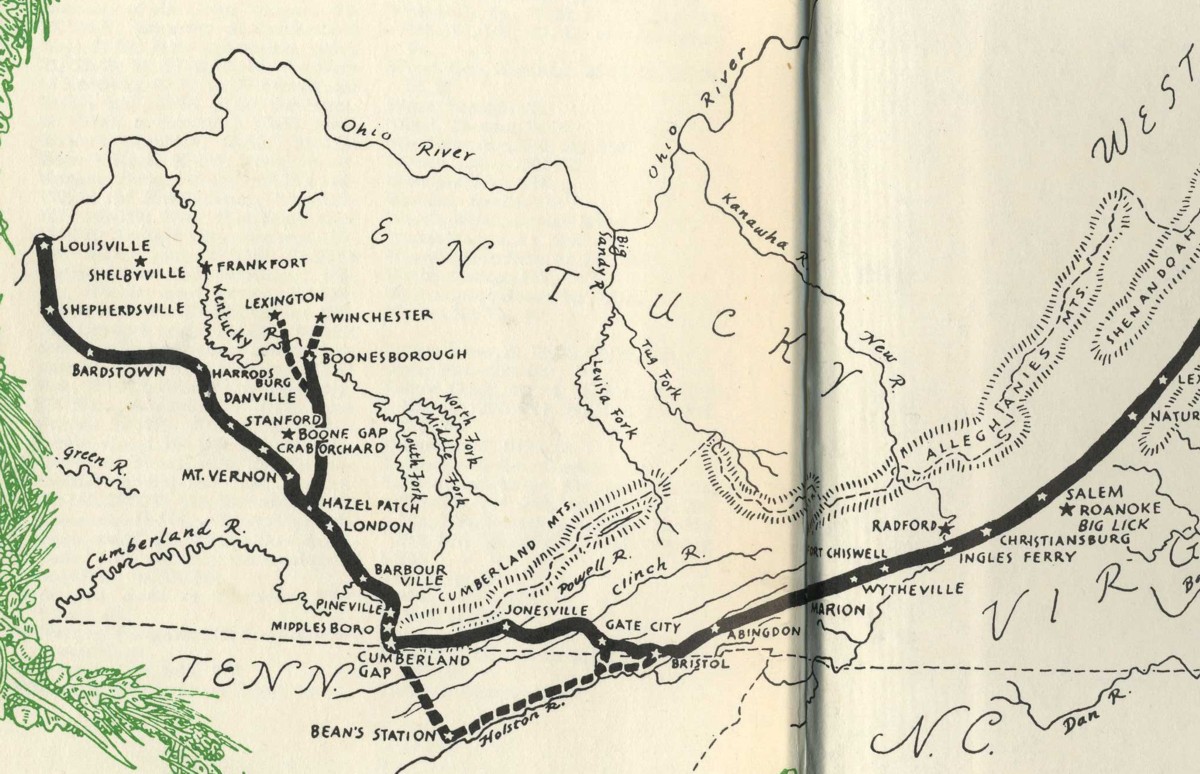 In 1775, Daniel Boone blazed the Wilderness Trail, which runs through the Cumberland Gap.

He was employed by a group of people who hoped to make Kentucky the fourteenth U.S. state.