Where Is the Saltiest Lake in the World?

The Dead Sea, on the border between Israel and Jordan, is really a lake, fed from the north by the Jordan River. Although the Jordan pours 4,740,000 tons of fresh water into the Dead Sea each day, that fresh water evaporates very quickly because of the extreme heat in this part of the world.

The Dead Sea lies at the bottom of the deepest fault, or break, in the earth’s crust, and the evaporation causes the water here to be nine times saltier than any ocean. Because of this heavy concentration of salt, no fish can live in the Dead Sea.

Swimming in the Dead Sea is an unusual experience. Because of the high percentage of minerals, mostly salt, in the water, bathers are kept constantly afloat. It is virtually impossible to dive or swim underwater! 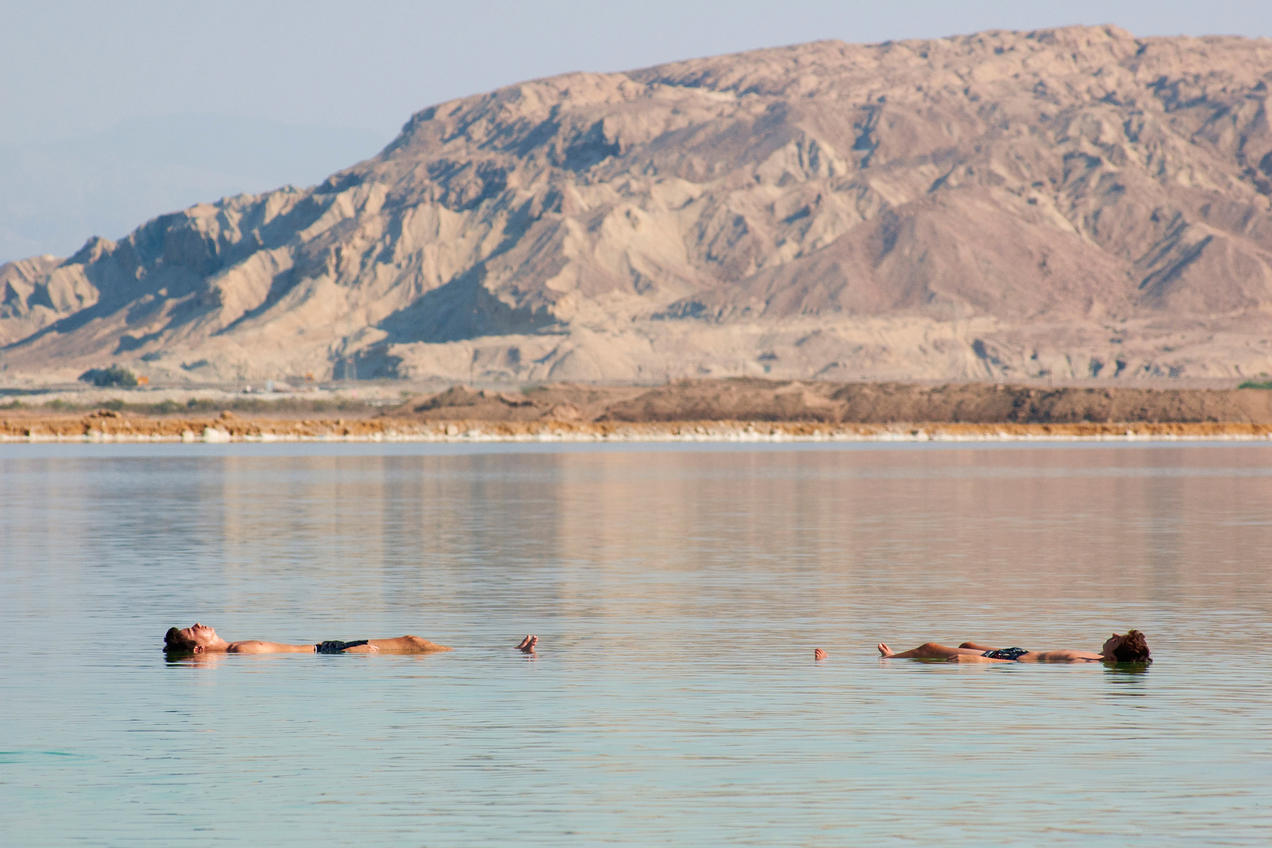 If all the oceans on earth dried up, the rock salt remaining would be enough to build a wall a mile thick and 180 miles high all around the Equator!