You are here: Home / Animals / Which Is Faster, a Horse or a Camel, and Which Animal Would Win a 100 Mile Race?

Both the horse and the camel have been clocked at similar racing speeds, between 35 and 40 mph, with the fastest horse running just a little bit faster than the fastest camel. 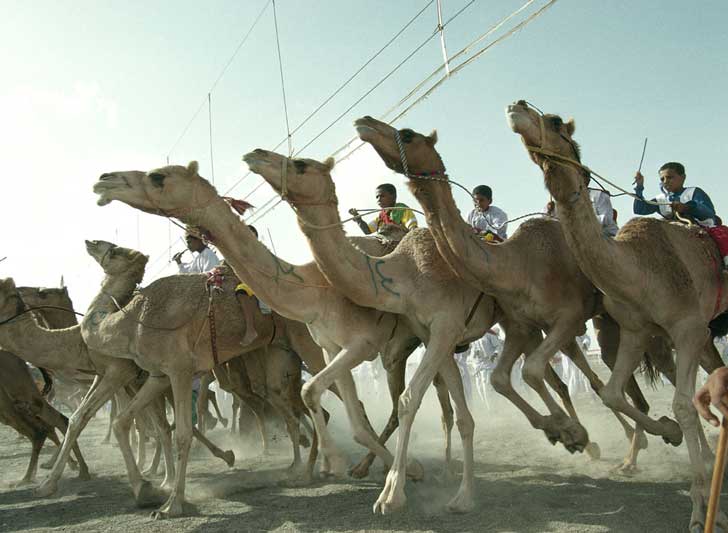 Camel racing is a popular sport in countries such as India, Saudi Arabia, Bahrain, Jordan, United Arab Emirates, and Mongolia. Professional camel racing events are often organized for betting and as tourist attraction.

Child jockeys are often used in camel racing and controversy over human rights issues has led to increased use of robot-controlled camels.

You’re not the first to ask this question, by the way. In 1892 a horse and a camel competed in a famous one-day, 109.4-mile race in Australia.

The horse won by a hair, then promptly collapsed and died. The camel, though second, crossed the finish line relatively unfazed by the experience.

Previous Post: « How many Camels are there Left in the Wild and How many are Extinct or Endangered?
Next Post: How Fast Can Camels Run and How Long Can They Run For? »