Who Discovered Atoms and When was the smallest particle of any chemical element first seen?

The modern worlds of chemistry and physics depend on knowing and studying the universe of atoms. But no one could actually see an atom until the invention of the electron microscope in 1938.

Centuries before that, atoms were well known and were an important part of chemistry and physics research. It was John Dalton who defined the atom, allowing scientists to being serious study at the atomic level. An atom is the smallest particle of any element and the basic building block of matter. All chemical compounds are built from combinations of atoms.

Since atoms are the key to understanding chemistry and physics, Dalton’s discovery of the atom ranks as one of the great turning points for science. Because of this discovery, Dalton is often called the father of modern physical science. 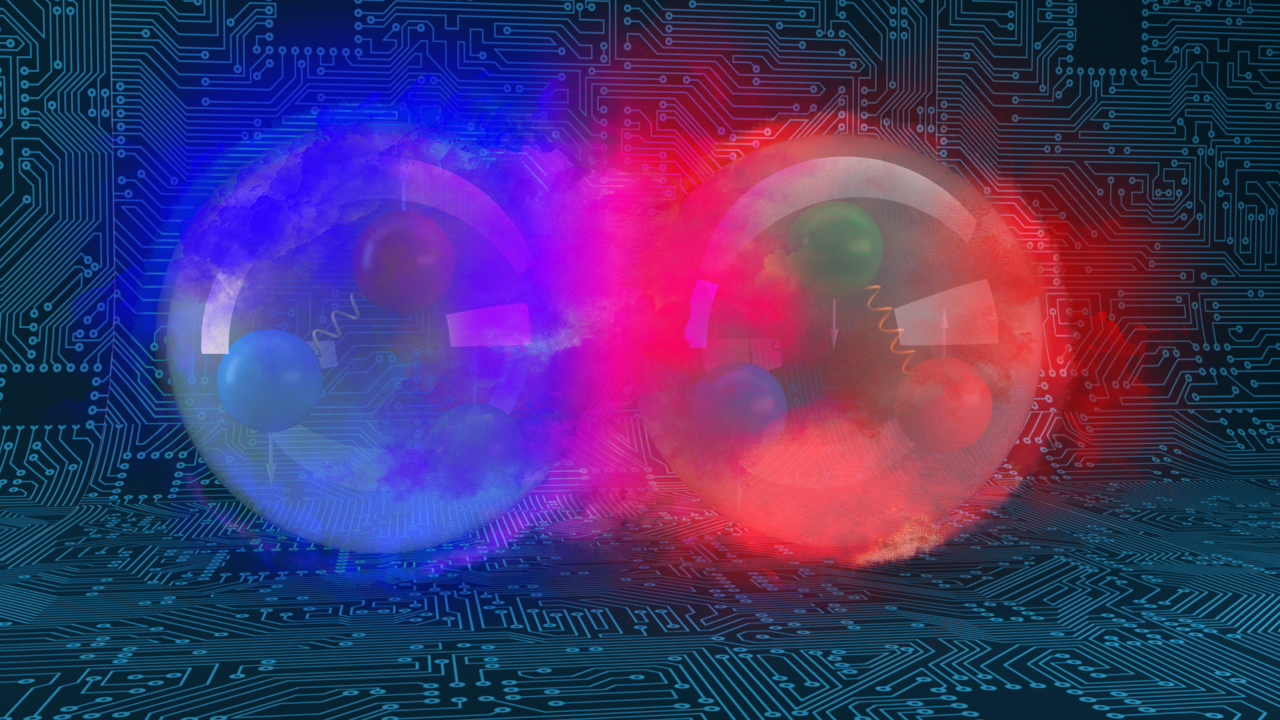 In the fifth century B.C., Leucippus of Miletus and Democritus of Abdera theorized that each form of matter could be broken into smaller and smaller pieces. They called that smallest particle that could no longer be broken into smaller pieces an atom. Galileo and Newton both used the term atom in the same general way. Robert Boyle and Antoine Lavoisier were the first to use the word element to describe one of the newly discovered chemical substances. All of this work, however, was based on general philosophical theory, not on scientific observation and evidence.

John Dalton was born in 1766 near Manchester, England, and received a strict Quaker upbringing. With little formal education, he spent 20 years studying meteorology and teaching at religious, college-level schools. Near the end of this period, Dalton joined, and presented a variety of papers to, the Philosophical Society. These included papers on the barometer, the thermometer, the hygrometer, rainfall, the formation of clouds, evaporation, atmospheric moisture, and dew point. Each paper presented new theories and advanced research results.

Dalton quickly became famous for his innovative thinking and shifted to science research full time. In 1801 he turned his attention from the study of atmospheric gasses to chemical combinations. Dalton had no experience or training in chemistry. Still, he plowed confidently into his studies.

By this time almost 50 chemical elements had been discovered, metals, gasses, and nonmetals. But scientists studying chemistry were blocked by a fundamental question they couldn’t answer: How did elements actually combine to form the thousands of compounds that could be found on Earth? For example, how did hydrogen (a gas) combine with oxygen (another gas) to form water (a liquid)? Further, why did exactly one gram of hydrogen always combine with exactly eight grams of oxygen to make water, never more, never less?

Dalton studied all of the chemical reactions he could find (or create), trying to develop a general theory for how the fundamental particle of each element behaved. He compared the weights of each chemical and the likely atomic structure of each element in each compound. After a year of study, Dalton decided that these compounds were defined by simple numerical ratios by weight. This decision allowed him to deduce the number of particles of each element in various well-known compounds (water, ether, etc.).

Dalton theorized that each element consisted of tiny, indestructible particles that were what combined with other elements to form compounds. He used the old Greek word, atom, for these particles. But now it had a specific chemical meaning.

Dalton showed that all atoms of any one element were identical so that any of them could combine with the atoms of some other element to form the known chemical compounds. Each compound had to have a fixed number of atoms of each element. Those fixed ratios never changed. He deduced that compounds would be made of the minimum number possible of atoms of each element. Thus water wouldn’t be H4O2 because H2O was simpler and had the same ratio of hydrogen and oxygen atoms.

Dalton was the first to use letter symbols (H, O, etc.) to represent the various elements. Scientists readily accepted Dalton’s theories and discoveries, and his concepts quickly spread across all Western science. We still use his concept of an atom today.

The smallest atom is the hydrogen atom, with just one electron circling a single proton. The largest naturally occurring atom is the uranium atom, with 92 electrons circling a nucleus stuffed with 92 protons and 92 neutrons. Larger atoms have been artificially created in the lab but do not occur naturally on earth.