Who first Discovered that Fossils are the remains of ancient living organisms and When?

The only way we can learn about the ancient past is to examine fossil remains of now extinct plants and animals and try to re-create that long-gone life and environment. Scientists can only do this if they correctly interpret the fossil remains that are dug from ancient rock layers.

That process began with Nicholas Steno. He provided the first true definition of the word “fossil” and the first understanding of the origin and nature of fossils. Steno’s work represents the beginning of our modern process of dating and studying fossils and the development of modern geology.

For 2,000 years, anything dug from the earth was called a fossil. By the middle ages, fossil had come to be used for only those things made of stone that were dug from the earth and that looked remarkably like living creatures. Many thought these fossils were God’s practice attempts to create living things. Some claimed they were the Devil’s attempts to imitate God. Some believed they were the remains of drowned animals from Noah’s flood. No one thought them to be of scientific value. 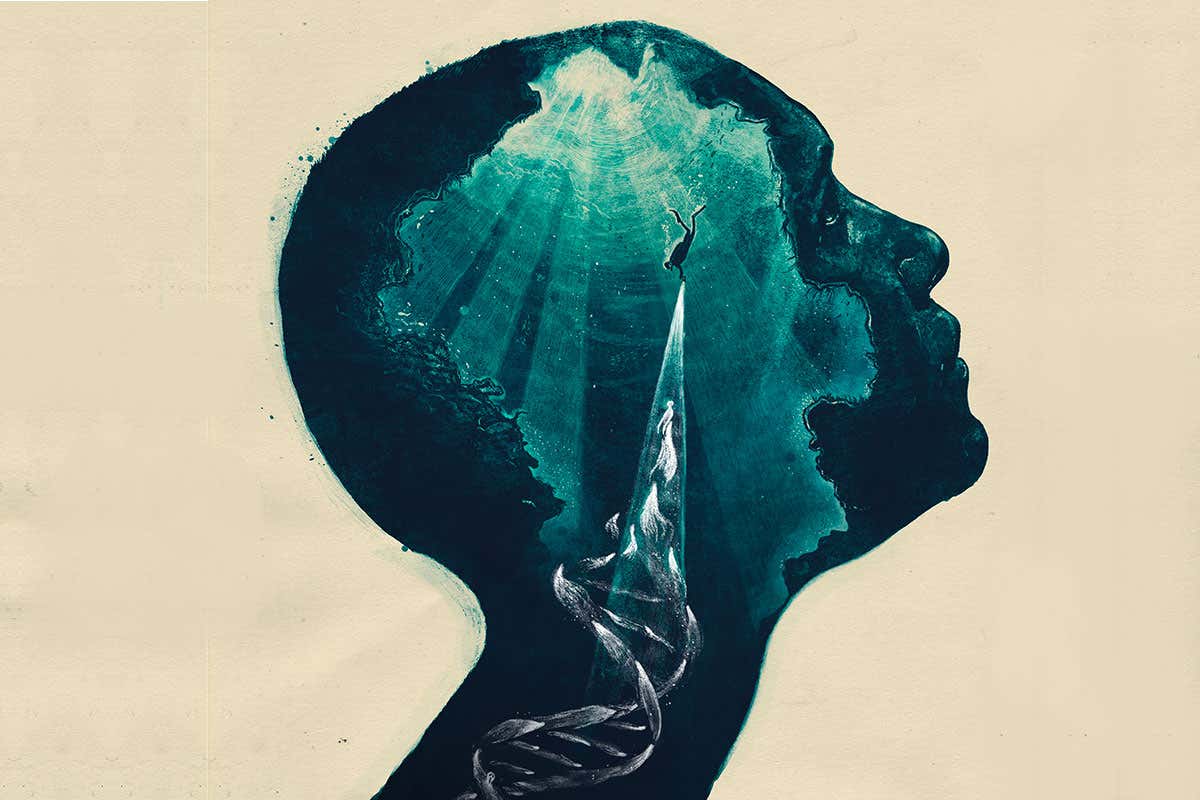 Nicholas Steno was born Niels Stensen in 1638 in Copenhagen, Denmark. He changed his name to its Latinized form in 1660 when he moved first to Paris and then to Italy to study medicine. Steno was a student of Galileo’s experimental and mathematical approach to science and focused his studies on human muscular systems and on using math and geometry to show how muscles contracted and moved bones and the skeleton. Steno gained considerable fame in Italy for these anatomical studies.

In October 1666, two fishermen caught what was described as “a huge shark” near the town of Livorno, Italy. Because of its enormous size, Duke Ferdinand ordered that its head to be sent to Steno for study. Steno dutifully dissected the head, focusing on the musculature of the shark’s deadly jaw.

However, when he examined the shark’s teeth under a microscope, Steno was struck by their resemblance to certain stone fossils called glossopetrae, or “tongue stones,” that were found in rock layers throughout the coastal hills. Glossopetrae had been found and known since the early Roman Empire. The famed Roman author Pliny the Elder thought they were part of the moon that fell from the sky. As Steno compared his monstrous shark teeth with glossopetrae samples, he suspected that glossopetrae not only resembled sharks’ teeth, they were sharks’ teeth.

Italian scientists scoffed that glossopetrae couldn’t be from a sea creature because they were often found miles from the sea. Steno argued that they must have been deposited in shallow water or mud when the ancient shark died and that these areas had somehow been lifted up to become dry land. Others countered that glossopetrae couldn’t be teeth since sharks’ teeth were not made of stone.

Steno expanded his study to include fossils that resembled bones and bone fragments. When he viewed these under the microscope he was convinced that they, too, had originally been bones, not stones. After months of study, Steno used the then new “corpuscular theory of matter” (a forerunner of atomic theory) to argue that time and chemical action could alter the composition of teeth and bones into stone.

Steno published his discovery and supporting evidence in 1669. In addition to proving that fossils were really the ancient bones of living creatures, Steno investigated how these bones came to lie in the middle of rock layers. Through this work he discovered the process of sedimentation and of creating sedimentary rock layers. For this discovery Steno is also credited with founding modern geology.

At the height of his scientific career, Steno was ordained a Catholic priest and completely abandoned science because he said that science was incompatible with the teachings of the Church. Luckily, his discoveries remained to advance and benefit science.

When we think of fossils, we think of giant dinosaurs. But, the world’s largest rodent fossil remains were discovered in northern South America in 2003. The fossil remains of this giant rodent weighed 1,500 pounds (700 kilograms) and dated back some eight million years.