Who Invented Hand Signals For Baseball and How Did William “Dummy” Hoy Make It To the Major Leagues?

In 1869 the Cincinnati Red Stockings began utilizing a system of hand signals based on military flag signals that soldiers had used while playing baseball during the Civil War.

Baseball’s hand signals evolved from the earliest days of the game.

Consequently, there are many moments and persons involved in their development, but none more important than a five-foot-four-inch, 148-pound center fielder named William “Dummy” Hoy (1862-1961). 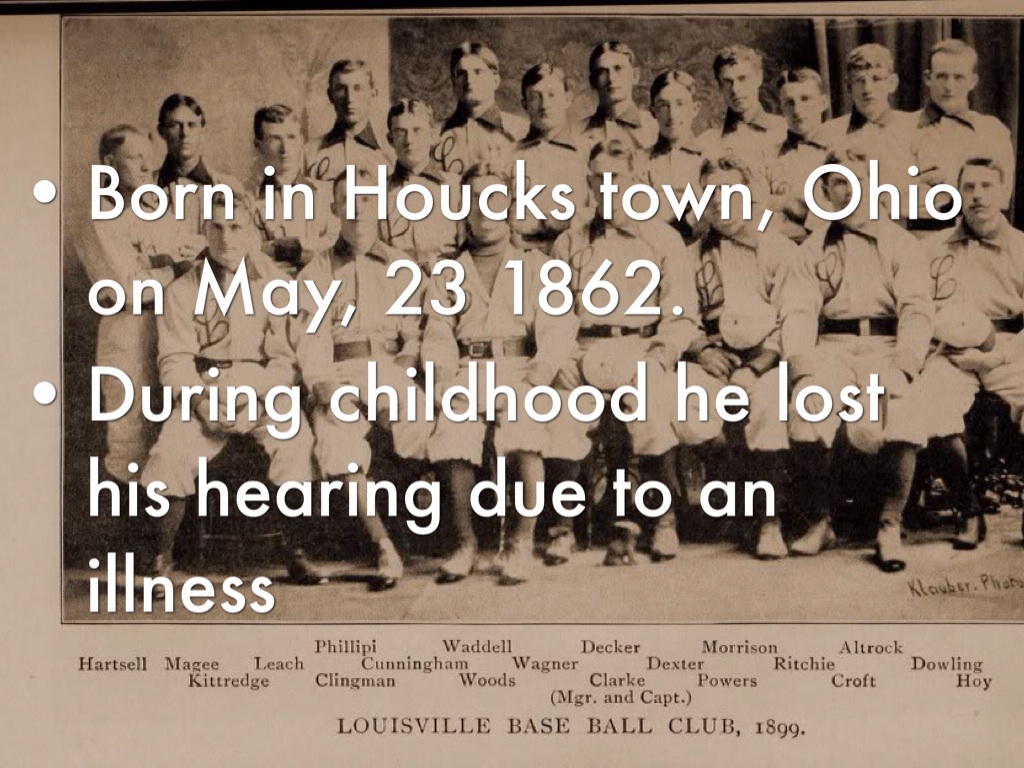 Hoy was the first deaf baseball player to make the major leagues.

One afternoon in 1889, as a center fielder with the Washington Senators, Hoy set a major-league record by throwing out three base runners at home plate.

His is a fascinating story, but although not recognized in baseball’s Hall of Fame, Hoy and his coaches and teammates developed an advanced system of hand gestures to overcome Hoy’s deafness, which was a key impetus in the hand-signals evolution.

Even umpires started physically indicating the batting count to communicate with Hoy.

He couldn’t hear the crowd, but Hoy’s legacy is a major part of each and every ball game played to this day.

William Hoy played fourteen years in the majors, retiring in 1902 with a .288 lifetime batting average, 2,054 hits, and 726 runs batted in. His 597 career stolen bases still rank seventeenth in history.

During a regular nine-inning baseball game, more than 1,000 silent instructions are given, from catcher to pitcher, coach to batter or fielder, fielder to fielder, and umpire to umpire.