Who Invented Jello, Where Did Jello Come From, and What Is Jello Made Of?

If you must know, Jello is made from the parts of the pig that are left over after producing the traditional cuts of meat, then Spam, and finally scrapple.

Hides, bones, and sinew from pigs and cattle are boiled down to make gelatin.

Added to the colorless and tasteless result are coloring, flavoring, and sugar. 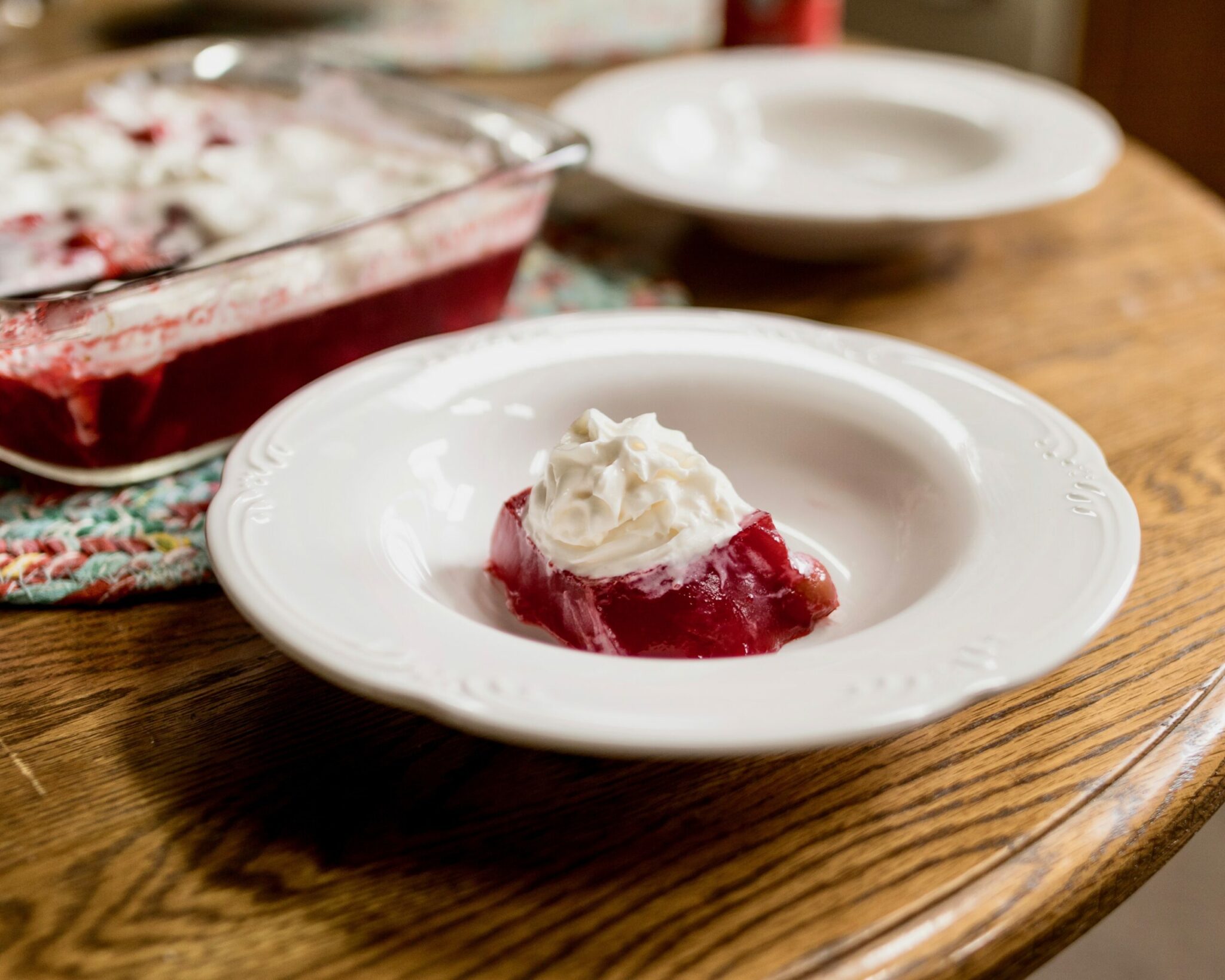 Jello, also known as Gelatin, was popularized in the Victorian era with spectacular “jelly moulds”, and was sold in sheets.

Industrialist Peter Cooper obtained a patent for powdered gelatin in 1845.

He and his wife May added strawberry, raspberry, orange and lemon flavoring to the powder and named the product Jell-O in 1897.

About 300 million boxes of Jell-O gelatin are sold in the United States each year, and new flavors such as watermelon, blueberry, and cranberry were introduced over the years.