Who invented Labanotation and Choreology, and How do dancers notate choreography?

Until the twentieth century, specific dances were passed on by observation and oral tradition. Although a variety of dance notation systems have since been formulated, two in particular are widely accepted and used with increasing frequency.

The first, Labanotation, invented by the movement theorist Rudolf Von Laban in 1928, uses symbols on a vertical staff which is read from bottom to top. Joan and Rudolf Benesh, on the other hand, formulated a system known as Choreology in 1956, in which the spaces in a five line staff correspond to parts of the body, as if the body were superimposed on the staff; it is read from left to right.

This system was immediately adopted by the Royal Ballet in England, but today there is much debate about which system is superior. Many feel that Labanotation is more detailed and hence more accurate. Proponents of Benesh, however, say their system is widely applicable to different kinds of movement and, being more pictorial than Labanotation, is easier to read. 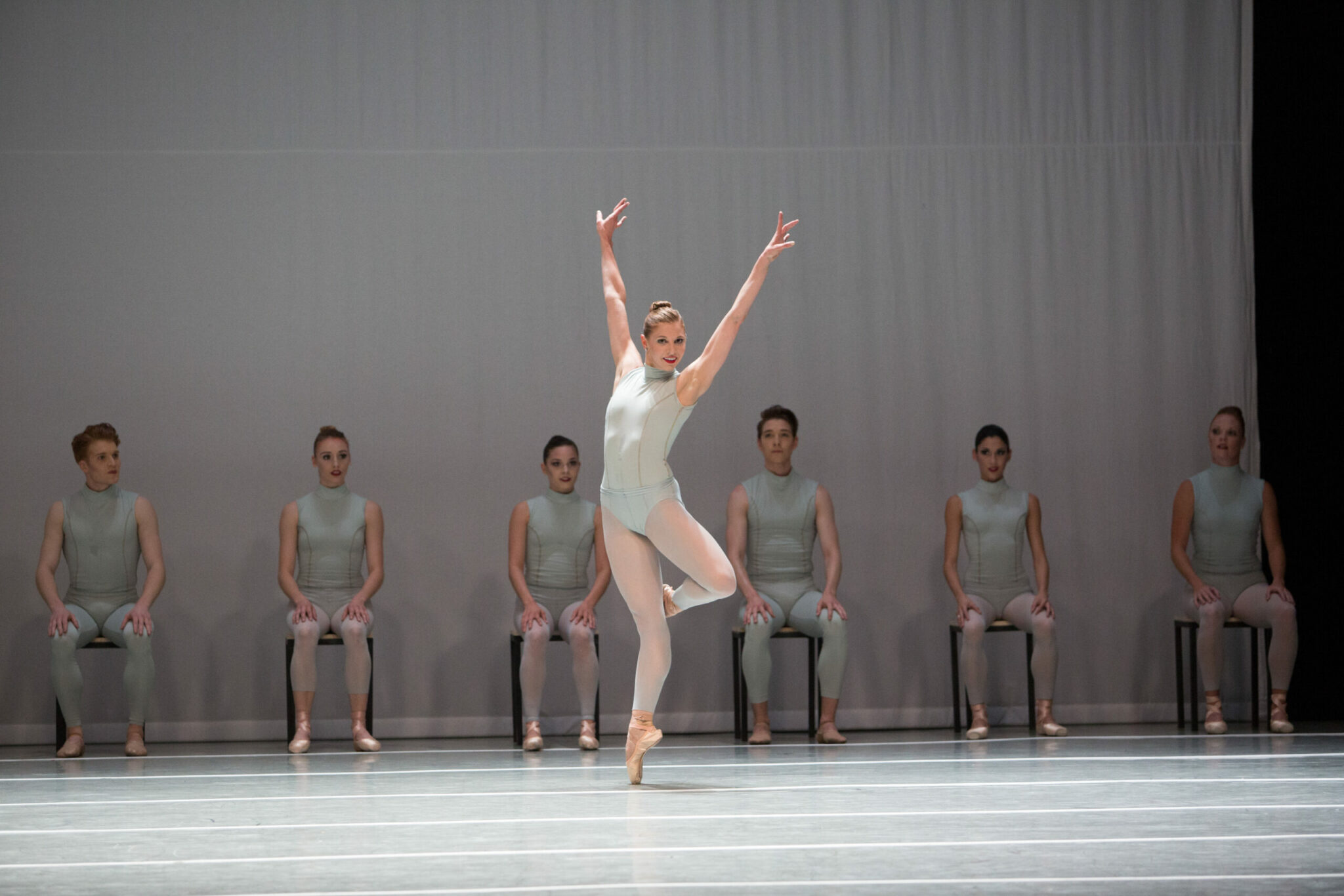 Labanotation has a set of direction symbols based on a rectangle. The rectangle itself implies the dancer is stationary, but variations in the shape (a triangle, for example, pointing to right or left) indicate which way to move. The symbols are in this sense pictorial.

It is possible to include simultaneously in the direction symbol an indication of the level of the movements: steps to be executed at low level (with knees bent) are shaded, those for the middle level (with legs straight, feet flat on the floor) contain a dot, and high level movements (on the balls of the feet) are indicated by diagonal lines.

The symbols are placed on a vertical staff composed basically of three lines, the center one being, as it were, the dancer’s spinal cord. Columns to the left and right represent parts of the body on the left and right sides; a symbol written in the left arm column, for example, tells a dancer how and where to move the left arm. Columns immediately to the left and right of the centerline indicate progressions of the whole body by means of transference of weight, jumps, or falls. Next to these “support” columns are columns for leg gestures. Outside the three line staff are columns for body movements (torso, chest, pelvis), and adjacent to these are the arm columns. Additional columns may be added as needed for symbols modifying the main movements.

Also contained in this intriguing system is a measurement of time. The length of a symbol indicates how long the movement takes, with longer symbols representing slower movements and shorter ones faster motions.

In addition, the vertical staff is marked off into bars, or measures, that match the horizontal measures of a musical score. Small dots on the center line indicate beats.

Other symbols supplement these fundamentals, allowing Labanotation to account for any motion one can imagine. Different types of hooks show which part of the foot is in contact with the floor, and a system of pins can (among other things) indicate the degree of a turn.

Benesh notation describes an arabesque on a five line staff which, as illustrated above, corresponds to the figure of a dancer. The lines and dots indicate placement of the hands and feet, their height, and their position in relation to the plane of the body.

Until recently Labanotation had to be painstakingly written out by hand. But in the sixties New York City’s Dance Notation Bureau collaborated with IBM to develop a means of typing the notation. By 1973 IBM developed a typing element with eighty eight separate characters that can be used on an IBM Selectric. The Dance Bureau has also published volume 1 of an extraordinary book entitled Doris Humphrey: The Collected Works, which contains the choreography of three of Humphrey’s works, scored in Labanotation.

In the dance notation invented by Rudolf and Joan Benesh, a five line staff acts as a matrix for the human body. The top of the head touches the top line and the feet touch the bottom line; the three lines in between intercept the body at the top of the shoulders, waist, and knees.

Lines and dots are employed as the basic signs to note the exact spot occupied by the extremities, hands and feet. These signs, plotted in the appropriate place on the staff contain information about positioning of the limbs in relation to the torso: a horizontal line means level with (or parallel to) the body; a vertical line, in front of the body; a dot, behind the body.

The position of a bent knee or elbow is denoted on the staff by a cross. Foot position is indicated by where the basic sign is placed in relation to the bottom line of the staff: on top of the line means on point; through the line indicates demi point; below the line is a flat foot.

Locomotion, or traveling movements such as jumping, stepping, and sliding, is shown by movement lines drawn along or under the bottom line of the staff. A curved line beneath the staff indicates a jump of some kind; a straight line denotes a slide.

The pins placed below the bottom line of the staff tell the dancer which direction to face in relation to the audience. Furthermore, a system of arrows and hooks is used to show the direction of travel and the dancer’s relationship to it, for example, whether one faces or has one’s back to the line of travel.

Finally, it is essential that the system incorporate a measurement of time. A number at the beginning of the staff tells the number of beats per bar, and signs written above the staff mark the beats and half beats appropriately.

As one reads from left to right, these rhythm signs mark points in time, while the notation of the staff denotes points in space.