Who invented embalming dead people and How do morticians embalm a corpse?

Since ancient times, disparate cultures have been fascinated with the idea of preserving the bodies of the dead.

We usually associate embalming with the elaborate funeral rites of the kings and queens of ancient Egypt, but it was also practiced by the prehistoric Paraca Indians of Peru and the Guanches of the Canary Islands. Tibetans today still embalm by the same formula used in that part of the world for centuries.

Embalming in Egypt was a long, expensive process probably reserved for royalty. The brain, intestines, and vital organs of the deceased were removed, washed in palm wine, and placed in vases with herbs. The body cavities were then filled with powder of myrrh and aromatic resins. After the incisions were sewn shut, the body was placed in niter (potassium nitrate or saltpeter) for seventy days, at which time the body was washed, wrapped, and placed in a coffin. 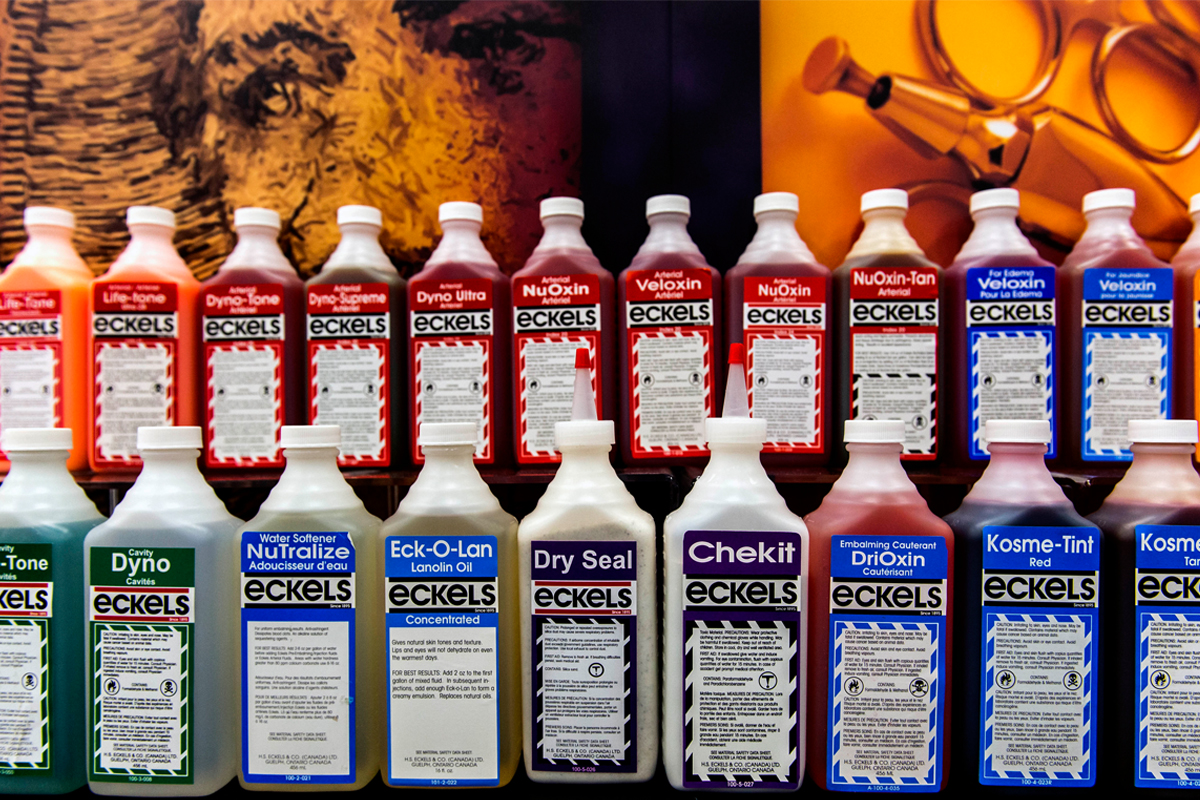 The modern principle of embalming by arterial injection was understood by William Harvey in the seventeenth century, but the technique as a way to preserve bodies for burial is usually attributed to the Scottish anatomist William Hunter, working a century later.

In 1775 Hunter and his younger brother, John Hunter, embalmed Mrs. Martin Van Butchell, whose will stipulated that her husband could retain her fortune only as long as her body remained above ground. Hunter injected oil of turpentine and camphorated spirits of wine into the arteries, and Mrs. Van Butchell stayed in a glass topped coffin in her husband’s living room for years.

Since the Civil War, embalming has been an accepted practice in the United States. Today most bodies that are not cremated and are retained for some days before burial are embalmed. The process involves draining the blood from the veins and replacing it with a formalin based fluid containing other ingredients such as phenol or dialdehydes.

The percentage of formaldehyde is specified by state public health law. After disinfecting the skin and hair, the embalmer injects this formaldehyde solution into a main artery. Hand or electric pumps provide the necessary pressure to circulate the fluid.

By an older technique, the fluid is simply allowed to flow through the arteries by means of gravity. In the event of arterial blockage, the fluid is applied locally. Next, the embalmer removes cavity fluid with a long, hollow needle called a trocar and inserts a stronger formaldehyde solution into the abdominal and thoracic cavities, areas not reached by the arterial fluid.

The longevity of embalming varies considerably, from several months to thirty or forty years, depending on the thoroughness of the procedure and the nature of the body and of the soil in which it is buried.