Who Invented the Bagel, Where Did the Bread Roll Come From, and What Does Bagel Mean In Polish?

Legend has it that they were originally a homage to a Polish king who saved Vienna, Austria, from a Turkish invasion in 1683.

A local Jewish baker thanked the king by creating a special hard roll in the shape of a stirrup to commemorate the Polish cavalry. 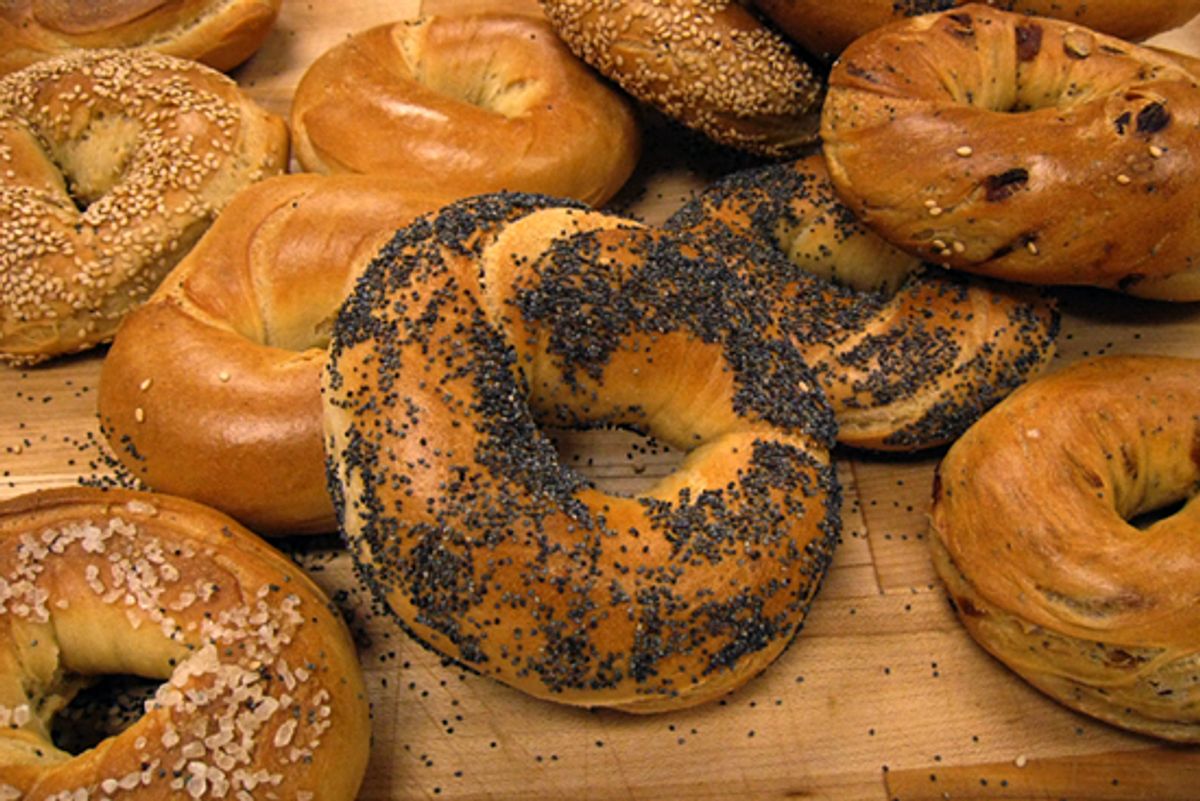 One word used to describe a stirrup in Austria is beugel.

In Yiddish, bagel means a “ring,” often a bracelet.

Sprinkled with onions, a bagel is called a bialy, after the Polish city Bialystock.

The Bagel was invented in Kraków, Poland, as a competitor to the bublik, a lean bread of wheat flour designed for Lent.

In the 16th century, the bajgiel became a staple of the Polish national diet.