Who Knocked Off the Nose of the Sphinx In Egypt and What Is the Sphinx Made Of?

The Sphinx is the giant statue of a lion with the face of the pharoah Khafre that guards the pyramids.

You may have heard a story of what happened to the Sphinx’s nose, that somebody or other shot it off. But this is just an old legend, and with each telling the culprit changes.

Some say Napoleon’s troops shot it off with a cannon for doltish fun. 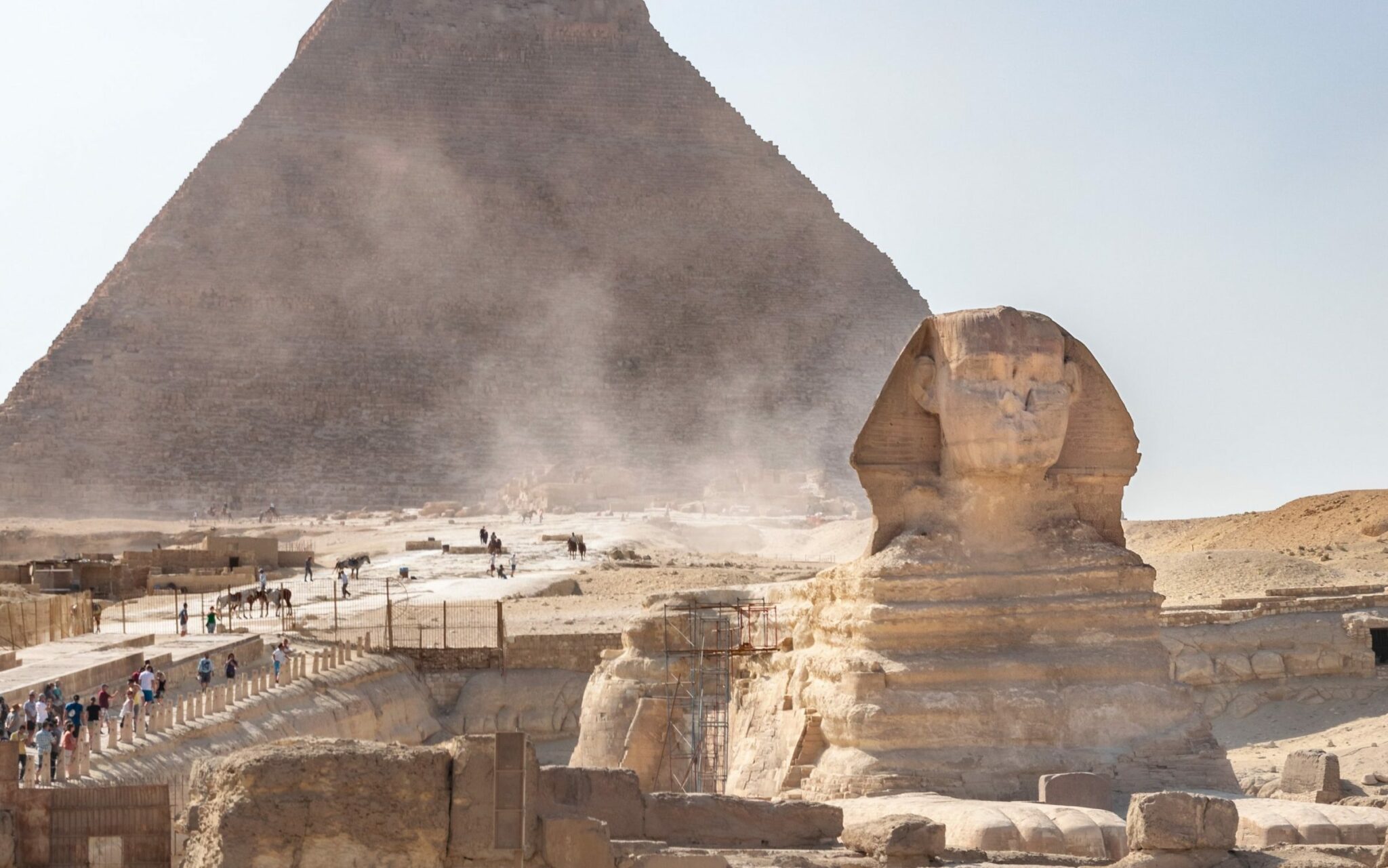 According to Louis Farrakhan’s speech at the 1995 Million Man March in Washington, D.C., the French did it because the nose revealed that the Sphinx was a black man.

In other stories, the Germans or British did it during the 1800s or during one of the world wars.

None of these things really happened. In fact, the nose has been gone so long that Arab conquerors were accused in 693 of knocking it off. That probably didn’t happen, either.

Although there’s a chance that somebody along the line really did try to spite the Sphinx’s face by cutting off its nose, there’s a much better chance that it was merely worn away by thousands of years of wind, rain, and blowing sand.

It’s carved out of sandstone, after all.

Pieces of the Sphinx have been wearing away for centuries, so it’s not surprising that the thinnest part would show the most dramatic wear.