Who said “The die is cast!” and Where did the expression come from?

According to Plutarch’s Life of Julius Caesar, “The die is cast!” was the remark made by Caesar when, in 49 BC., he decided to march toward Rome to protect himself against the machinations of Pornpey.

His words, of course, were in Latin, “A lea est jacta!”

Pompey, also a great Roman general, sharing with Caesar the control of the territories of Rome, wished to become sole dictator. 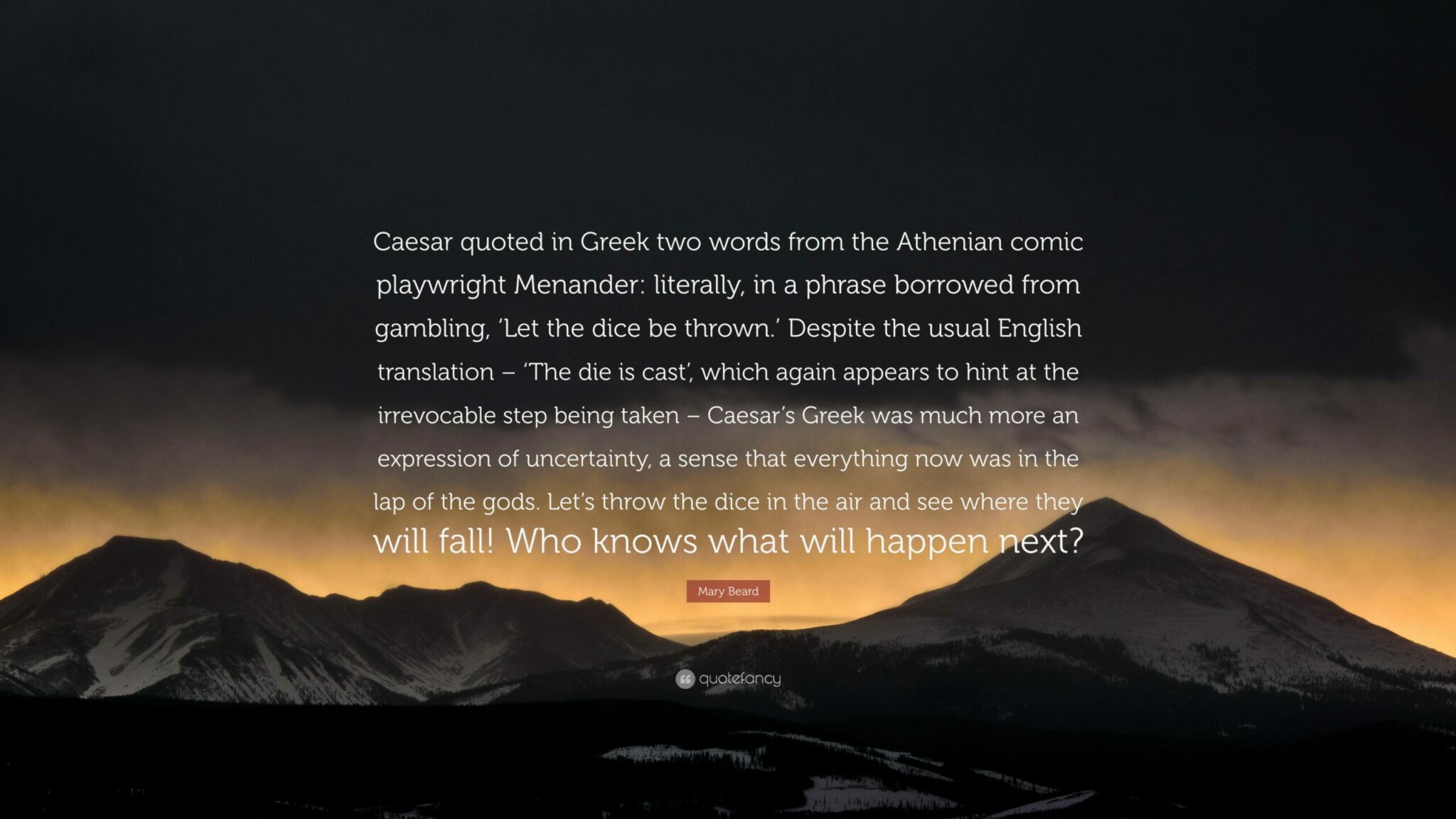 To do so, he conspired first to destroy Caesar, then encamped for the winter, 50-49 B.C., with a portion of his army, beyond the northern boundary of Italy.

Through faithful friends, Caesar learned of the conspiracy, made his fateful decision, and in January “crossed the Rubicon,” the small river bordering Italy on the northeast.

As he marched southward, city after city opened its gates in warm greeting, and Rome itself, with Pompey in flight, soon declared him sole dictator.