Who Was Herakles In Greek Mythology and What Were the Twelve Labors of Herakles?

The son of Zeus and a mortal woman, Herakles, also known as Hercules, was the strongest man in ancient Greece.

The goddess Hera, always jealous of Zeus’s love affairs, learned about the child and sent two giant snakes to kill him as he lay in his crib at night.

When the snakes appeared, Herakies grasped them in his powerful hands and strangled them. 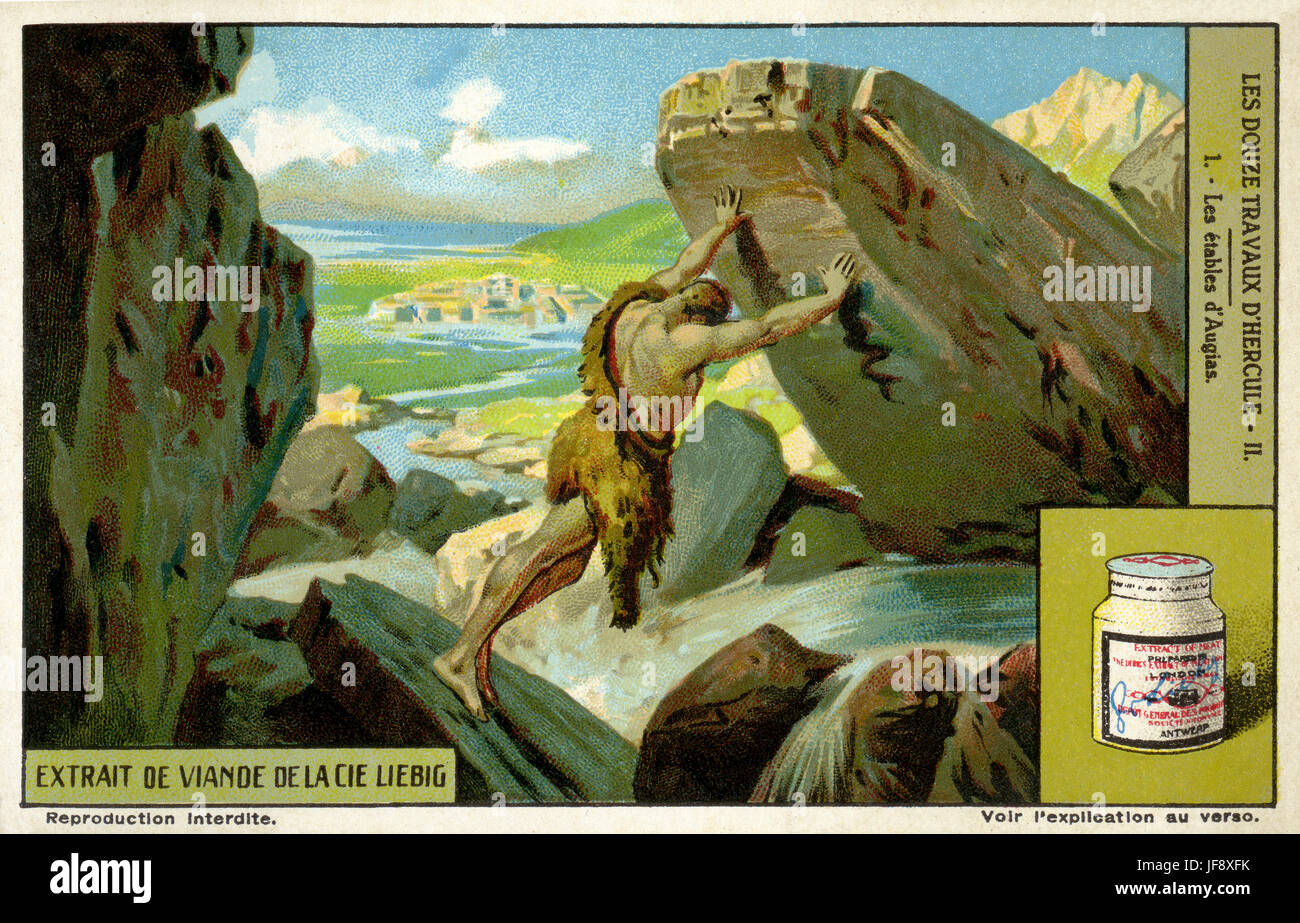 Herakles’ temper was as great as his strength, and he could fly into a rage with devastating results. Once, Herakies suffered a blinding madness that caused him to murder his wife and three children.

When he had realized what he had done, the grief stricken Herakles visited Apollo’s oracle in Delphi to learn how to pay for his crime. The oracle ordered Herakles to travel to his cousin, King Eurystheus. There, Herakles was to serve the king in any way the king saw fit.

When King Eurystheus was satisfied with Herakies’ penance, he would be free of his crime. Herakles’ penance consisted of what are now known as the Twelve Labors of Herakles.

King Eurystheus was a shrewd but cowardly ruler, and he took great delight in the fact that the strongest man in the world was now his slave. Eagerly, he devised new difficult labors for Herakles as fast as the hero completed them.

Many of the labors pitted Herakles against monsters and deadly animals. In one labor, Herakles traveled to the swamps of Lerna to kill the immortal Hydra monster, a huge snake with nine heads.

When Herakles found the Hydra, he swiftly struck at the swirling, hissing heads with his arrow and clubs. But each time he destroyed one head, two more heads sprung up in its place.

Desperate, Herakles asked his young nephew, lolaus, to set a burning branch on each shattered head. This tactic worked, and Herakies pinned the decapitated body of the Hydra under a giant rock.

For other labors, Herakies had to complete nearly impossible tasks.

King Eurystheus ordered Herakles to clean out the Augean stables in one day. Home to thousands of cattle and horses, the Augean stables had not been cleaned in years. Herakles performed the labor by diverting two mighty rivers into the stables. The rush of water washed away the filthy piles of dung, leaving the stables clean.

King Eurystheus also challenged Herakles to retrieve magical items from distant realms. Herakles had to bring him the Golden Apples of Hesperides from a sacred garden guarded by goddesses.

To find out where the garden was, Herakles asked Atlas, father of the Hesperides, to help him. Atlas still strained under the weight of the earth and heavens.

He told Herakles to take his place briefly, and he would fetch the apples for him. Herakles agreed. But when Atlas came back with the apples, he told Herakles that he was weary with holding the heavens and earth and that it was now Herakles’ job.

Herakles asked Atlas to take back the weight briefly. He explained that his shoulders were sore and that he needed to adjust his robe for comfort.

Atlas, simple and dull, took up the crushing weight once more, and Herakles hurried off with the apples.

For his twelfth and final labor, Herakles was told to capture the three-headed dog, Cerberus, who guarded the gate to the underworld. Hades, god of the underworld, told Herakles to take the dog, but only if he did not use any weapons.

Herakles wrestled with the beast, finally dragging it before King Eurystheus. The king sensibly told Herakles to put Cerebus back where he had found it.

Herakles is a Greek word, which means Glory of Hera.