Who Were the Olympians In Ancient Greek Mythology and Where Did the Twelve Greek Gods Live?

The Olympians are the twelve gods in Greek mythology that ruled the universe after the Titans were defeated in battle.

They lived in luxury in a splendid palace atop Mount Olympus, a mountain that towered over the world and where no snow or rain ever fell. Within the halls of the palace, the gods feasted, drank, listened to music, conversed, and quarreled.

Zeus was the unchallenged leader of the Olympians. 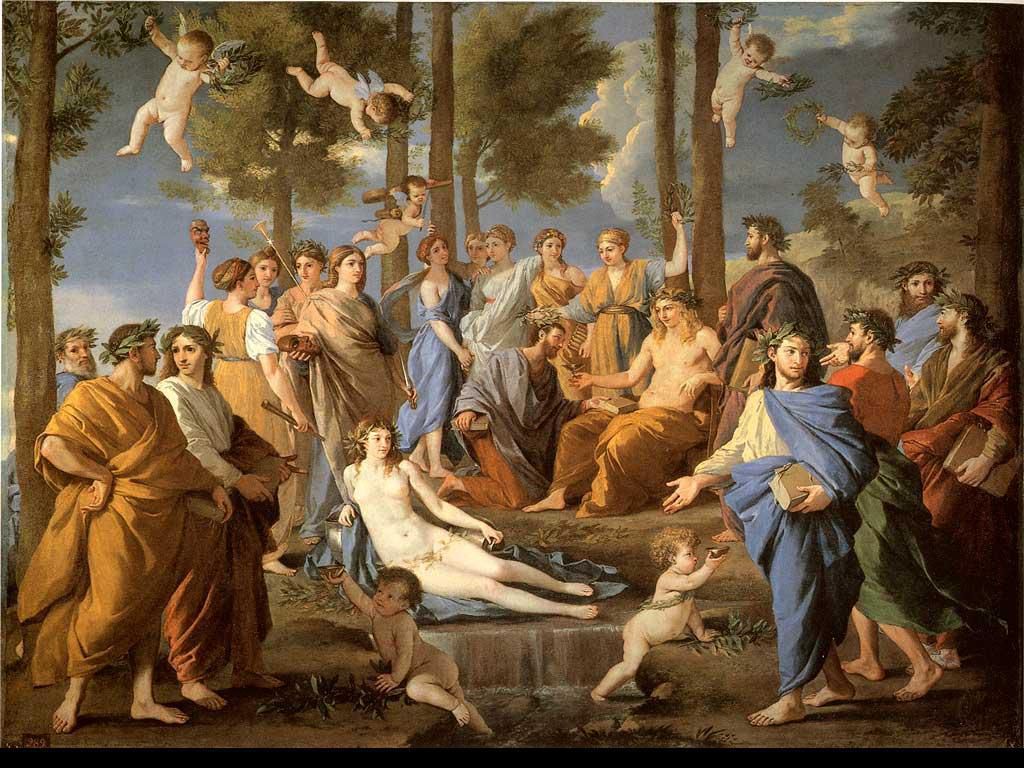 With his mighty thunderbolt, he subdued his enemies and demanded obedience from all people and gods. But Zeus shared some power with the other eleven Olympians.

Each god and goddess had a distinct personality and was concerned with a different activity in the lives of men and women.

Zeus’s brother Poseidon ruled the sea. Except for Zeus, he was the most powerful god. Carrying a mighty trident, Poseidon could shatter ships and batter cities with tidal waves and earthquakes. He could also gentle a stormy sea with one sweep of his hand.

The Greeks were expert sailors who relied upon the sea both for food and trade. They deeply revered Poseidon.

Hades was also Zeus’s brother. A gloomy and solitary god, he ruled the underworld where the souls of the dead gathered for eternity.

Hera was Zeus’s sister and wife. She was especially concerned with the institution of marriage, married women, and childbirth. The name Hera means lady in Greek. Many of her stories show her pursuing Zeus and his many lovers with fierce vengeance.

Apollo was the son of Zeus and god of light and truth. He also inspired music and art, guided the arrows of archers, and controlled the art of healing. Greeks visited his oracle at Delphi to learn of future events and to understand the will of the gods.

Artemis was Apollo’s twin sister. Like her brother, Artemis was an expert hunter who shot arrows with perfect accuracy.

Athena was the daughter of Zeus and the goddess of wisdom. Her mother was the Titaness Metis. Zeus had learned that a son born from Metis would overthrow him, so he swallowed Metis after he discovered that she was pregnant with his child.

Metis gave birth to Athena inside Zeus, and Athena sprang fully formed out of Zeus’s skull.

Aphrodite, the goddess of love and beauty, was born from a foaming wave in the sea. Her son, Eros, shot arrows into the hearts of lovers to fan their passion.

Ares, the son of Zeus and Hera, was the god of war. Ares was a fickle and ruthless god who inspired arguments and bloodshed.

Hephaistos was Ares’s brother. Ugly and lame, Hephaistos was god of crafts and created many beautiful and ingenious devices for the gods.

Hermes, also Zeus’s son, was the messenger of the gods.

Using his winged sandals, Hermes carried messages, helped people on their journeys, and guided the dead to the underworld.