Quezalcoatl was an honored god of the Toltec and became an important deity for the Aztec as well.

To the Aztec, he was the god of corn and of the arts.

According to their legends, Quezalcoatl once had been a man. After angering the gods, the human QuezalcOatl had been exiled from the Aztec world, but he promised one day to return to his people. 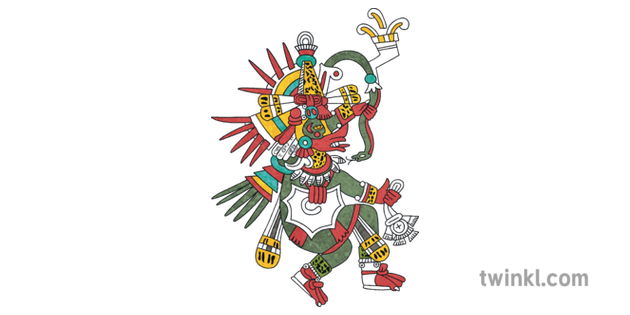 Aztec artists pictured Quezalcoatl the god as a feathered serpent, but in his human form he was a tall, light-skinned man with long hair and a beard.