Who Were King Gilgamesh and Enkidu In the Ancient Mesopotamian Poem Epic of Gilgamesh?

Gilgamesh was a Mesopotamian king famous for his courage and skill in battle.

But he was also a hard ruler who demanded absolute obedience from his subjects.

Weary of his harsh rule, Gilgamesh’s people prayed to the goddess Aruru to create a monster to defeat Gilgamesh in combat. 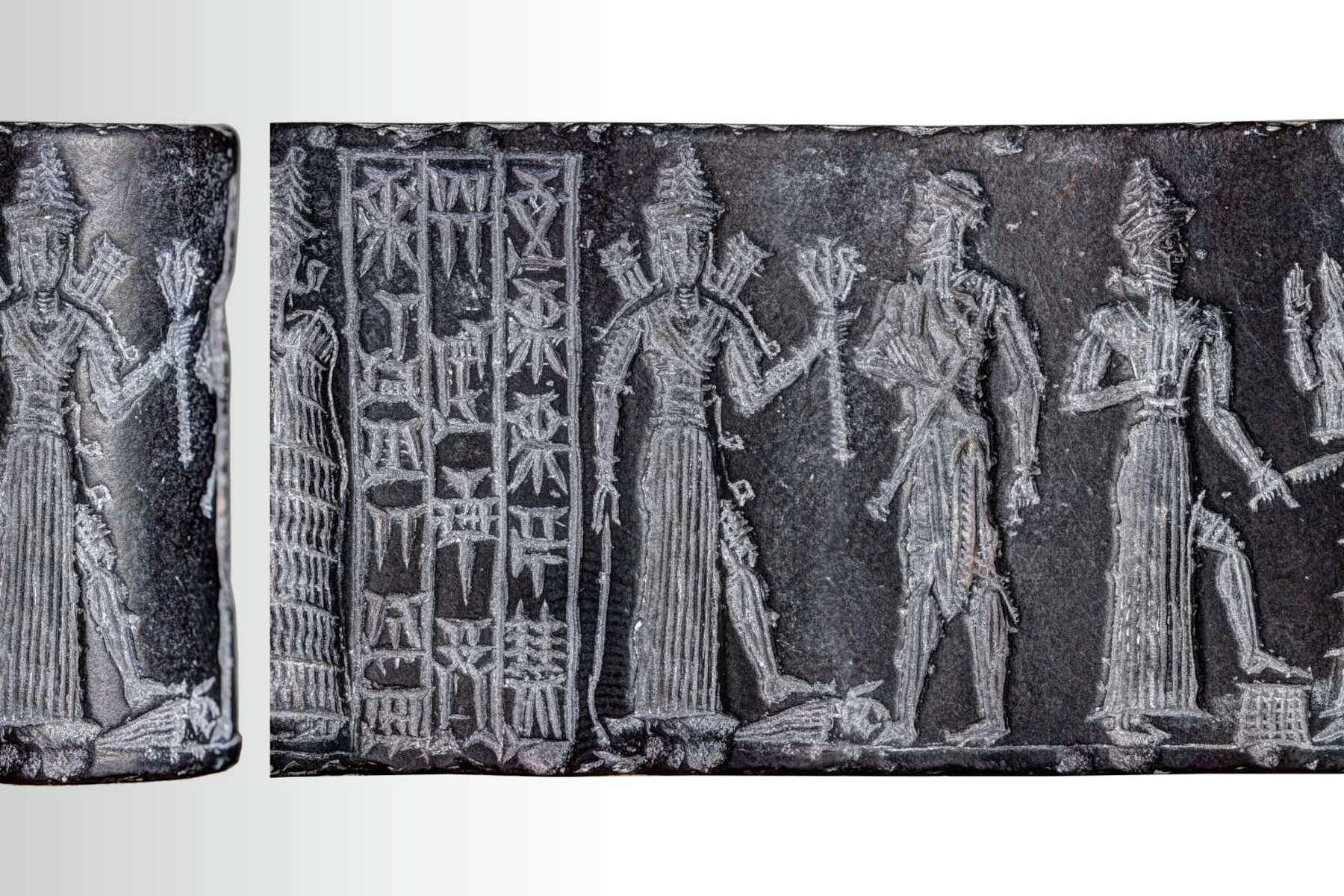 In response to the prayers, Aruru created Enkidu, a fierce and hairy god who lived in the countryside like an animal.

Enkidu and Gilgamesh clashed in a violent wrestling match that lasted for hours. Finally, the exhausted Gilgamesh was forced to surrender. But the two warriors did not stay enemies.

Enkidu was impressed by Gilgamesh’s strength, and Gilgamesh admired the opponent who had finally defeated him.

Each full of respect for the other, Gilgamesh and Enkidu became fast friends. Gilgamesh invited Enkidu to live in his palace, and together they hunted and battled monsters.

Once Ishtar, goddess of love and war, tried to seduce Gilgamesh, but he spurned her advances.

Stung by Gilgamesh’s rejection, Ishtar sent a beast called the Bull of Heaven to destroy Gilgamesh’s city and people.

Enkidu attacked the bull, plunging his sword into its back and tearing out its heart. Furious that her bull was defeated, Ishtar cursed Enkidu and struck him down with a deadly disease.

Gilgamesh bitterly mourned his friend’s death and resolved that neither he, nor any of his people, would ever die.