Odin, missing an eye, stands on the left and carries an axe. Thor stands next to him, holding his mighty hammer. Frey, god of the harvest and fertility, stands on the right and holds an ear of corn.

Odin ruled a race of Norse gods called the Aesir. Like the gods in Greek and Roman mythology, each god had a defining trait. 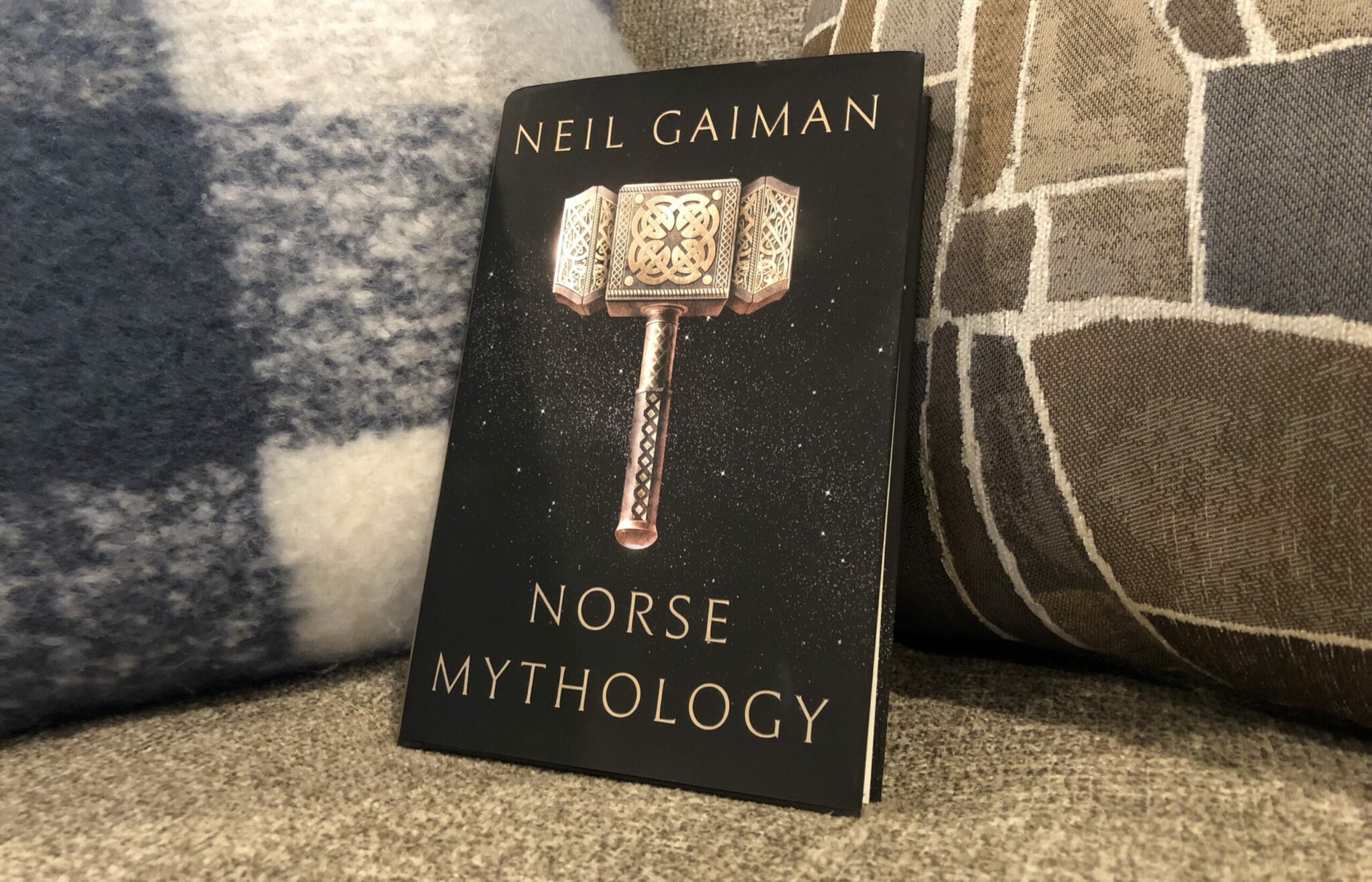 The wisest and most powerful of the Norse gods, Odin, also called Woden or Wotan, mastered the arts of magic and poetry. Odin cherished courage, and he welcomed brave warriors into his hall to feast with the gods.

Two ravens flew throughout the world and returned to his shoulder at night, telling him of the events that had occurred during the day. The ravens were called Hugin and Munin, thought and memory.

He carried a magical spear that never missed its target and rode an eight-legged horse, named Sleipnir, that was swifter than any horse on earth.
Frigga was Odin’s wife. Like Odin, she was wise and knew of future events, although she never revealed the information to anyone.

Thor, the god of thunder, was the eldest son of Odin. He wore a belt that doubled his strength and wielded a magic hammer that always returned to his hand after striking an enemy. Brave and upright, Thor rode into battle on a bronze chariot drawn by two rams.

Njord was the gentle god of the sea. He helped sailors in distress and blessed farmers with children and crops. Njord was not a member of the Aesir but of an elder race of gods called the Vanir. He was sent to Asgard, the stronghold of the Aesir, as part of a peace treaty between the warring Vanir and Aesir.

Frey, the god of the harvest and fertility, was the son of Njord. He controlled sunlight and rain, nurturing the plants of the earth and spreading peace. Frey, like his father and sister, is of the Vanir.

Freyja was Frey’s twin sister and the goddess of love and beauty. She traveled through the world in a chariot drawn by two cats and was well-versed in magic and spells.

Heimdall kept watch over Bifrost Bridge, the rainbow bridge leading into Asgard. His keen hearing allowed him to hear even the sound of grass growing, and his sharp eyesight could spot objects more than one hundred miles away.

Loki, the fire god, was the son of two giants and was raised as Odin’s foster brother. Cunning and clever, Loki could change shape at will and used his tricks to both help and hurt the other gods. Whenever there was trouble among the gods, Loki usually had a role in it.

Hel was goddess of the underworld, where men and women who died of sickness and old age spent their afterlife. One half of Hel’s face was human while the other half was blank.

The highest mountain in Iceland is called Jokul, which comes from the word Jotun, meaning giant.