Why Are Green Potatoes Poisonous and How Toxic Is Solanine Found In Potato Leaves, Roots, and Fruit?

Potatoes are a member of the Solanaceae family of plants, which includes tomatoes, peppers, eggplants, tobacco, and deadly nightshade.

They are characterized by their ability to produce toxic alkaloids such as solanine in their leaves, roots, and fruit. Unfortunately, solanine does not dissolve, so it cannot be removed by soaking the potato and it is not destroyed by cooking.

Even in edible varieties, a high concentration of glycoalkaloids is present in the leaves, shoots, and fruit and these should never be eaten. 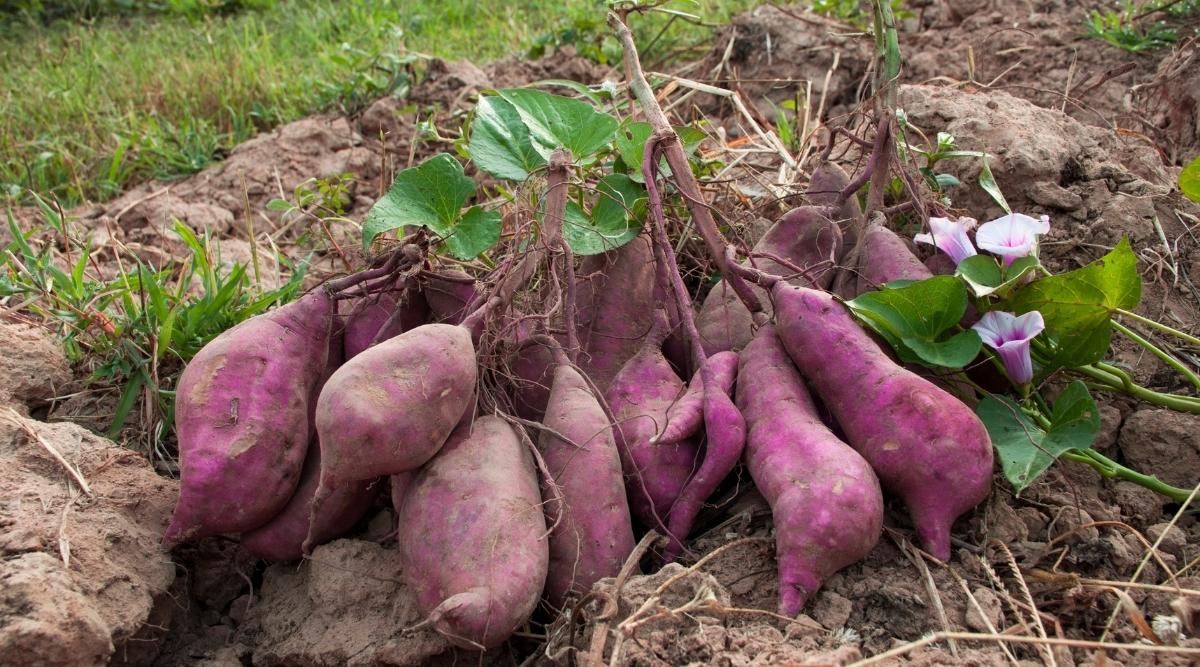 Potato tubers should always be stored where it is cool, dry, and dark, because those exposed to light may develop unacceptable concentrations of glycoalkaloids, indicated by the green color you find in aging potatoes.

People have died from solanine poisoning. A report by Canada’s Bureau of Chemical Safety for the World Health Organization concluded there is no safe level of solanine in food, though levels of between 5 and 50 milligrams per pound found in correctly stored potatoes are acceptable.

A lethal dose might be 1 milligram of glycoalkaloids per pound of a person’s body mass.

Therefore, an adult with a mass of, say, 160 pounds might consume a fatal dose by eating around 5 pounds of potatoes. Even if one were hungry enough to eat a meal this large, the more likely outcome would be gastrointestinal or neurological symptoms and not death.

Besides, if concentrations in the potato had reached hazardous levels this would most likely be detected from the bitter taste or the burning sensation in your throat.

It is sometimes said that if the potato were introduced to Europe today, instead of in the sixteenth century, the European Union would have banned it under the Novel Foods Regulation (EC) 258197.

This requires all foods that do not have a history of consumption in the EU before May 1997 to undergo a premarket safety check. The importance of checking was dramatically demonstrated in the United States, where a man almost died from eating the Lenape variety, introduced in 1964 without screening for glycoalkaloids.

Potato genetics are complex, and attempts to produce new varieties from the narrow genetic base of the hybrids introduced from Latin America frequently give rise to plants with high solanine concentrations.

When a potato is exposed to light, its solanine content escalates as a natural protection against being eaten by foraging animals.

It is, after all, meant to propagate a new plant rather than be consumed. Solanine gives potatoes a bitter taste and checks the action of the neurotransmitter acetylcholine. This causes dry mouth, thirst, and palpitations. At higher doses it can cause delirium, hallucinations, and paralysis.

The green in a toxic potato is harmless chlorophyll, but it acts as a warning that the potato has an elevated level of solanine.

The entire potato should be discarded. The same applies to potatoes that have begun to sprout and to potatoes that show black streaks from late blight. The fatal dose of solanine for an average adult is between 1 and 3 milligrams per pound of body weight, or between 200 and 500 milligrams in total, depending on body weight.

Properly stored potatoes contain less than 100 milligrams per pound, so a fatal dose could, arguably, be obtained from as little as 2 pounds if a person had a small body mass.

Solanine is concentrated in the potato skin, so peeling removes between 30 and 90 percent of this toxin.

That runs counter to the old saying, “The skin is the best part.” In the past, potatoes were stored unwashed in paper sacks and dumped on the bottom shelf or in the darkest place in the vegetable store. The modern practice of washing potatoes and packing them in clear plastic increases solanine risk. On exposure to light at 60°F the solanine content quadruples every 24 hours.

At 170°F it can be nine times greater and can reach to 800 milligrams per pound in the skin.

Other nightshades, such as tomatoes, eggplants, and capsicums, also contain solanine in varying quantities, depending on the degree of ripeness and whether they are infected with blight.

Nicotine in tobacco, another nightshade, is the same type of glycoalkaloid as solanine, but the high temperature of combustion is believed to modify its toxic impact, eating a cigarette is far more toxic than smoking one.

Eggplants are related to potatoes and also contain solanine in addition to high levels of histamine and nicotine.

There are documented cases of allergy to both the fruit and the pollen, and of histamine reactions in sensitive individuals. Nevertheless, most of the toxic components in edible versions have been bred out and there are no wild varieties on sale.

Yams are not related to potatoes, but like many plants they contain toxic compounds including polyphenols and a tannin-like chemical.

They also contain a variety of minor alkaloids, some of which are used in the synthesis of birth control pills and corticosteroids.

Some varieties of yam contain the bitter alkaloids dihydrodioscorine and dioscorine. These are water-soluble alkaloids that, on ingestion, produce severe and distressing symptoms that can prove fatal.