Why Are Locusts Pests?

Locusts are actually grasshoppers in a different stage of their life cycle. They are called grasshoppers when they live alone, are green or brown in color, and are wingless.

During this time of their lives, if the weather is very good for vegetation and everything is green and growing, the grasshopper population gets too large. The overcrowded conditions make the grasshoppers irritable and restless, their color changes to black and orange. It is at this point that they are called locusts and do the most damage to crops. 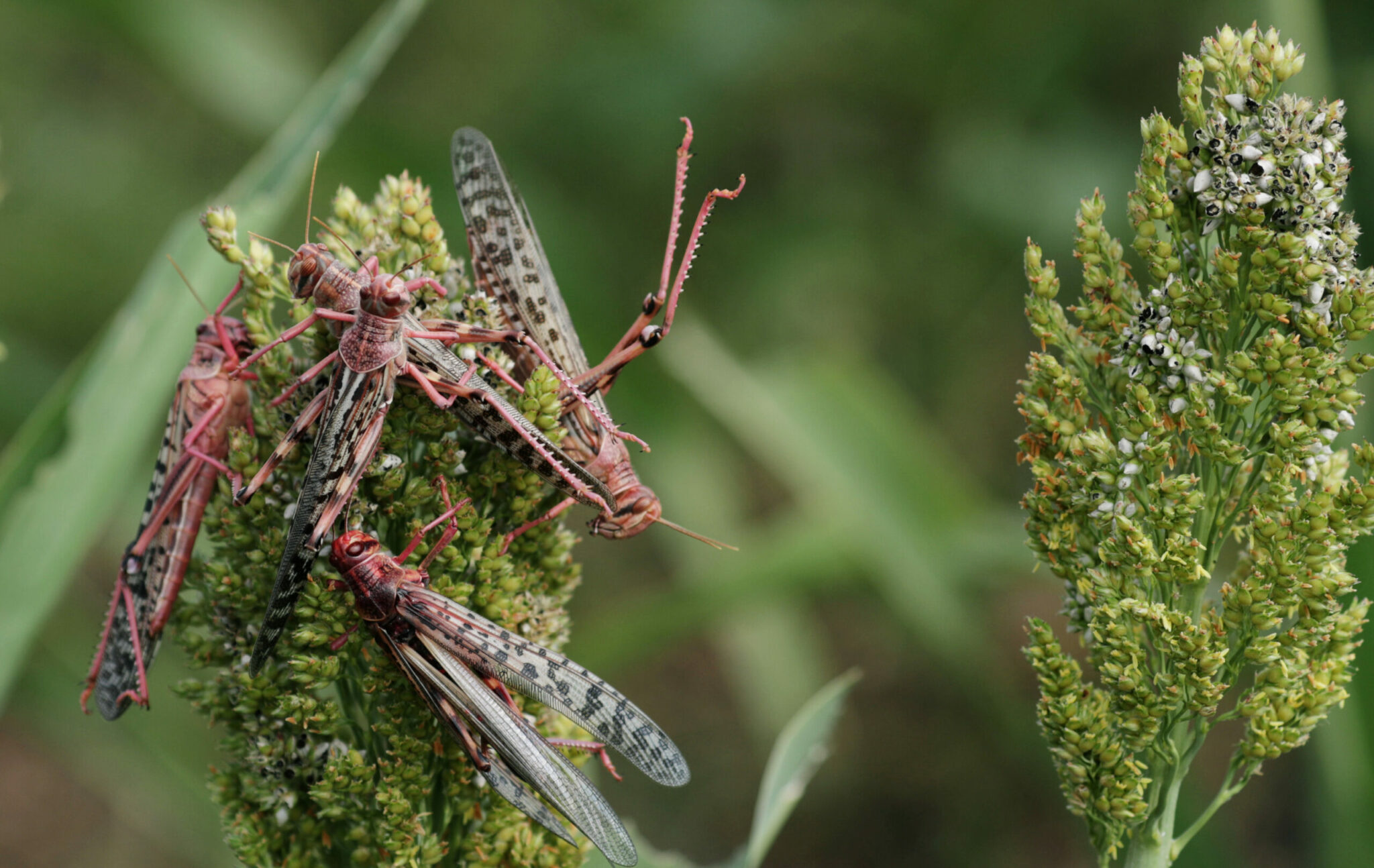 Apparently, when things get too crowded it forces the insects to swarm in great groups and move to an area of cooler temperatures and plentiful food. In 1889, a ship reported sighting a 2,000-square-mile of locusts flying over the sea.

A horror movie called “Locusts: The 8th Plague” was released in 2005 in which locusts attack humans. Locusts do not attack humans and are certainly not dangerous even if they are major pests.