Why is Salmon Pink and Where does the Pink Color in Salmon meat come from?

You’re not going to drag me into the battle among salmon farmers, wild-salmon fishermen, and environmentalists. However, to muddle a few metaphors, I will walk a tightrope through the minefield and drop what pearls I can.

From decades-long experience, we consumers have expected our salmon to be a nice, orange-pink color. The muscle tissue of wild salmon ranges from deep red in the sockeye to pale pink in Chinook or king salmon. The colors come from the fish’s diet of tiny shrimp-like crustaceans called krill that contain a pink carotenoid compound called astaxanthin. Wild (not lawn-dwelling) flamingoes are pink for the same reason.

Carotenoids are the chemical pigments largely responsible for the variety of beautiful colors in nature, both in plants and, via feeding, in many animals as well. There are over six hundred known carotenoids in flowers, fruits, vegetables, and birds. 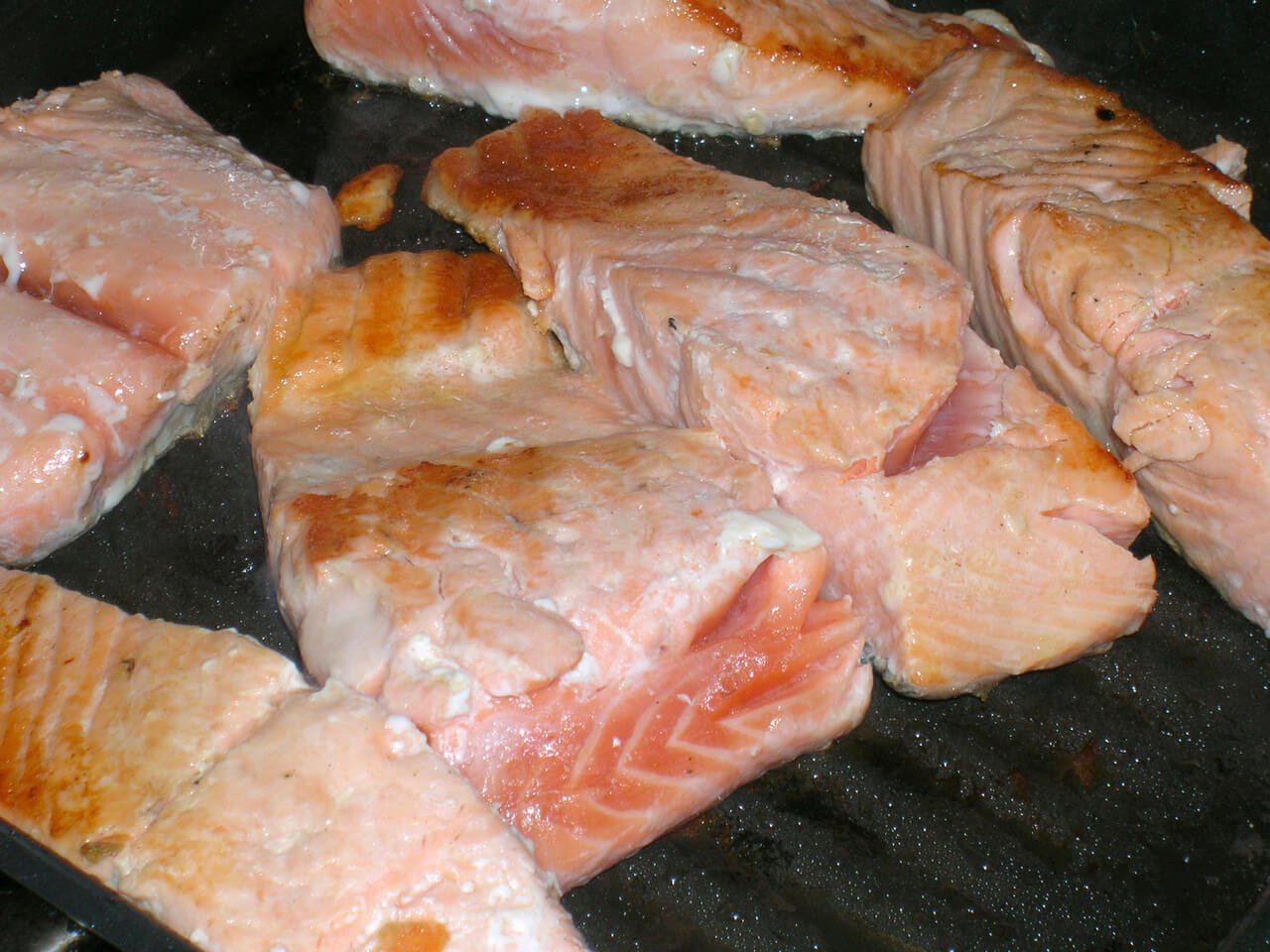 Salmon raised in aquaculture pens do not have much access to the carotenoid pigments in krill, and are fed an artificial diet containing an added colorant: either astaxanthin itself or another FDA approved carotenoid, canthaxanthin. (The latter, oddly enough, is also sold as a human skin-tanning drug.) Astaxanthin produces a somewhat redder hue (in salmon) than canthaxanthin, and salmon farmers can actually choose the shade they want in their fish by selecting their feed mixture from a color wheel.

On April 23, 2003, a Seattle law firm filed three class-action suits against the supermarket chains Kroger, Safeway, and Albertson’s, claiming that all consumers who purchased farm-raised salmon over the preceding four years, not to mention the lawyers themselves, should be showered with literally millions of dollars because the stores failed to disclose the shocking fact that their salmon had been artificially colored.

The families of those consumers who, we must presume, died of humiliation upon learning that they had eaten colored salmon certainly deserve to be compensated most generously, don’t you think? Fortunately, the court didn’t think so, and the suit was thrown out.

Less frivolous concerns about salmon farming are based upon such issues as whether the wild salmon population is endangered; whether fugitive farm fish will interbreed with wild stock, to the detriment of genetic diversity; whether crowded, net-caged salmon pollute their environment with parasites and disease; and whether their pens are contaminated with PCB’s (polychlorinated biphenyls), any of about two hundred probably carcinogenic synthetic industrial chemicals that have not been manufactured since 1997 but that still show up in the environment.

And by the way, your suggestion of feeding salmon lycopene instead of astaxanthin is probably impractical unless we could get salmon to eat tomatoes, in which lycopene is the predominant pigment. Might be worth a try.