Why are there different types of Pasta and How do you Match the Sauce to the Pasta Shape?

For one thing, the almost limitless variety of pasta shapes provides both fun for the eye and differing sensations in the mouth. But there are also real differences in their compatibility with different sauces.

It’s not a matter of the pasta absorbing sauce through its surface; pasta isn’t that absorbent and sauces aren’t that liquid. But some sauces adhere better than others and will stick to the pasta surface no matter what its shape. And, of course, the more surface area there is, the more sauce can stick.

Ultimately, however, it’s a matter of how well the heap of pasta on the plate envelops and incorporates the sauce and how well the pasta will retain the sauce when it’s twirled on a fork or, in the case of a small, compact shape, when it’s picked up on a spoon. The overall result is dictated by both stickiness and mechanics. 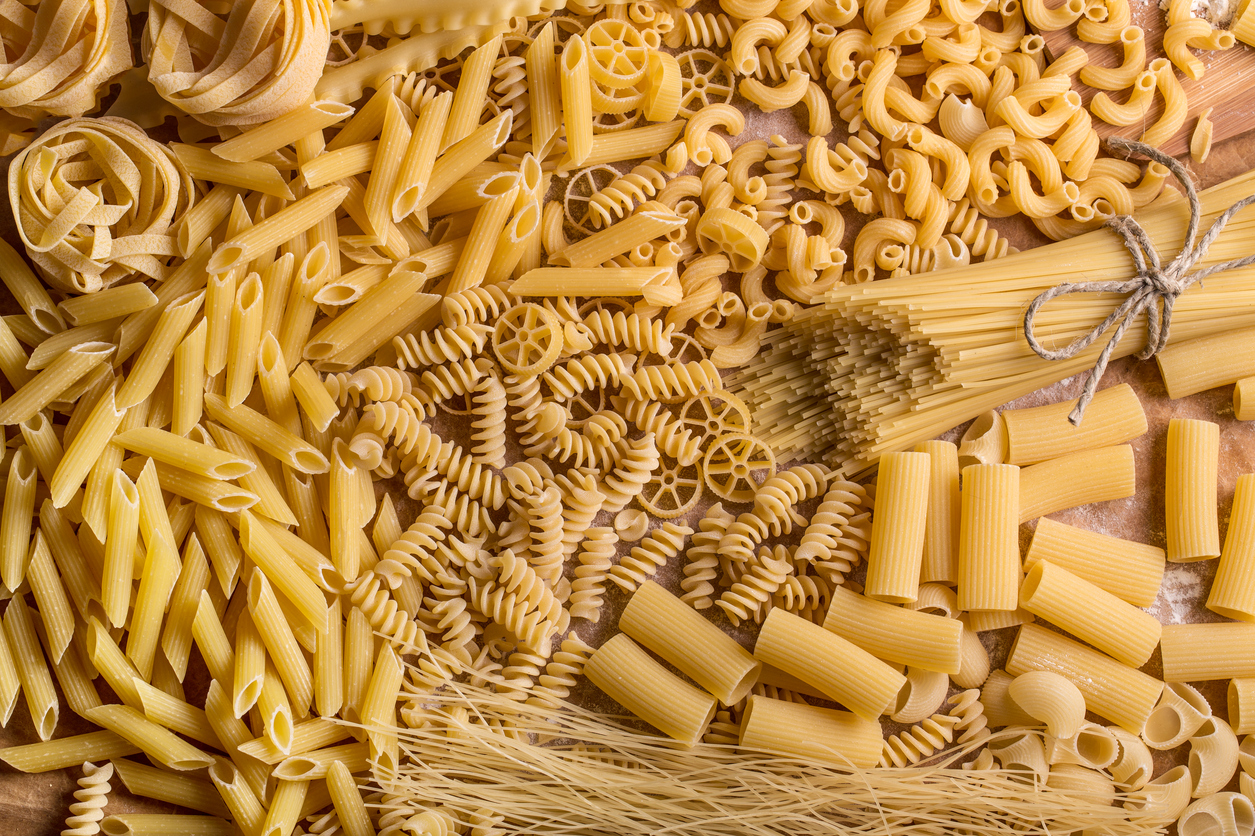 Most sauces are chunky to some degree, and the spaces that the chunks must nestle into, the empty spaces within the pasta tangle, are very different for long pasta such as spaghetti and linguine, for tube pasta such as penne and rigatoni, and for special shapes such as conchiglie (seashells) and farfalle (bow ties). Obviously, a pile of fat spaghetti will have more empty spaces than a pile of thin spaghetti, which can nestle together more compactly.

One should therefore try to match the sauce to the pasta shape.

Fusilli (springs), for example, hold on to chunky sauces well; the larger tubes, such as rigatoni, are good with meat sauces; fettuccine goes well with sticky sauces that coat its flat, ribbon-like surface, such as in fettuccine Alfredo. Spaghetti is probably the most versatile shape, but when it is extra-thin, as in angel hair or capellini, it’s best with thin, liquidy sauces that distribute themselves throughout the heap by capillary action. Capellini Alfredo would sit in the plate like a ball of mud.

Pasta-and-sauce pairings are recommended by the Barilla Alimentare S.p.A. pasta company of Parma, Italy, for a few of the shapes it distributes in the United States. For pictures of these shapes, along with everything else you could possibly want to know about pasta manufacture and technology, the website www.professionalpasta.it lists 822 shapes from abissini to zituane. Many of these, however, are aliases used in different parts of Italy.

But hey, the pasta police are greatly understaffed and under-funded, so you can probably get away with any cockamamie combination of shape and sauce that you enjoy.