Why Can We See Through Air and Why is Chlorine Gas Green?

It’s very simple. The molecules in air are so far apart that we’re actually looking through empty space. To notice anything at all, we would have to be able to see the individual molecules, but air molecules are about a thousand times smaller than anything we can observe, even with a microscope.

We’re talking about looking through pure, unpolluted air, of course. We’ll get to the dirty stuff later.

Air is 99 percent nitrogen and oxygen molecules, which are roughly equal in size. The figure shows them, drawn to scale, at their normal separation distance at sea level. Notice all the absolutely empty space, nothing whatsoever in between the molecules. No wonder that light can pass through air from an object directly to our eyes, completely unhindered. And that’s as good a definition of transparency as any. 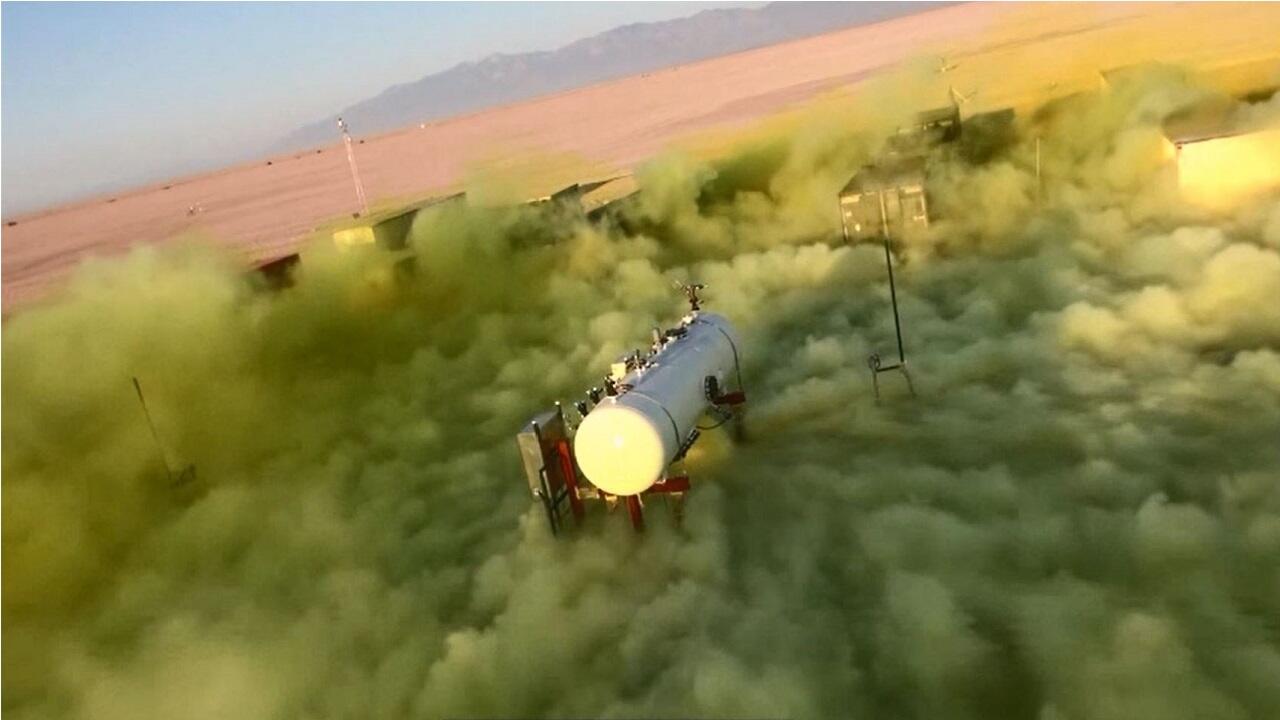 But even when visible light happens to hit one of the nitrogen or oxygen molecules, it isn’t absorbed. Many other kinds of molecules have the habit of absorbing light of certain specific wavelengths, or colors. When a certain specific color is absorbed out of the light, the rest of the light, lacking that color, appears to us as an altered color. So some gases appear colored.

Chlorine gas is green, for example. If you had a glass jar full of chlorine gas, you’d still be able to see through it because the molecules are still very far apart, but the light coming to your eyes would have a greenish tinge. Transparency and color, then, are really two different things, in spite of the fact that many people call colorless plastic “clear” instead of colorless. Tinted glass is colored, but you can still see through it; it is still transparent.

Which brings us to polluted air. If you’ve ever flown into Los Angeles, Denver, or Mexico City, you may have seen a layer of yellowish brown sludge hanging over the city. That’s air containing nitric oxide, a brown, irritating gas that is made when other nitrogen oxides from automobile exhaust react with oxygen in the air.

When pollutants, including smoke and chemical fogs, get so thick that a variety of light wavelengths are being absorbed, the air becomes generally less transparent.

The molecules are still far apart, but so many of them are absorbing light, or, actually, scattering it away, that less of it gets through to our eyes. There are many locations in the “wide open spaces” where the visibility has diminished so much over a single lifetime that adults can no longer view the distant mountain peaks that they could see clearly when they were kids.