Who Invented the First Barometer and Why Is Air Pressure Measured in Inches?

Television weather reporters wouldn’t dream of talking about the air’s “thermometric temperature” or its “hygroscopic humidity,” yet they insist on referring to “barometric pressure”, probably because it makes them sound impressively scientific. Plain old “air pressure” would do just fine.

But what is this “pressure” that the air exerts? Atmospheric pressure is caused by the incessant bombardment of air molecules upon whatever they happen to be in contact with. 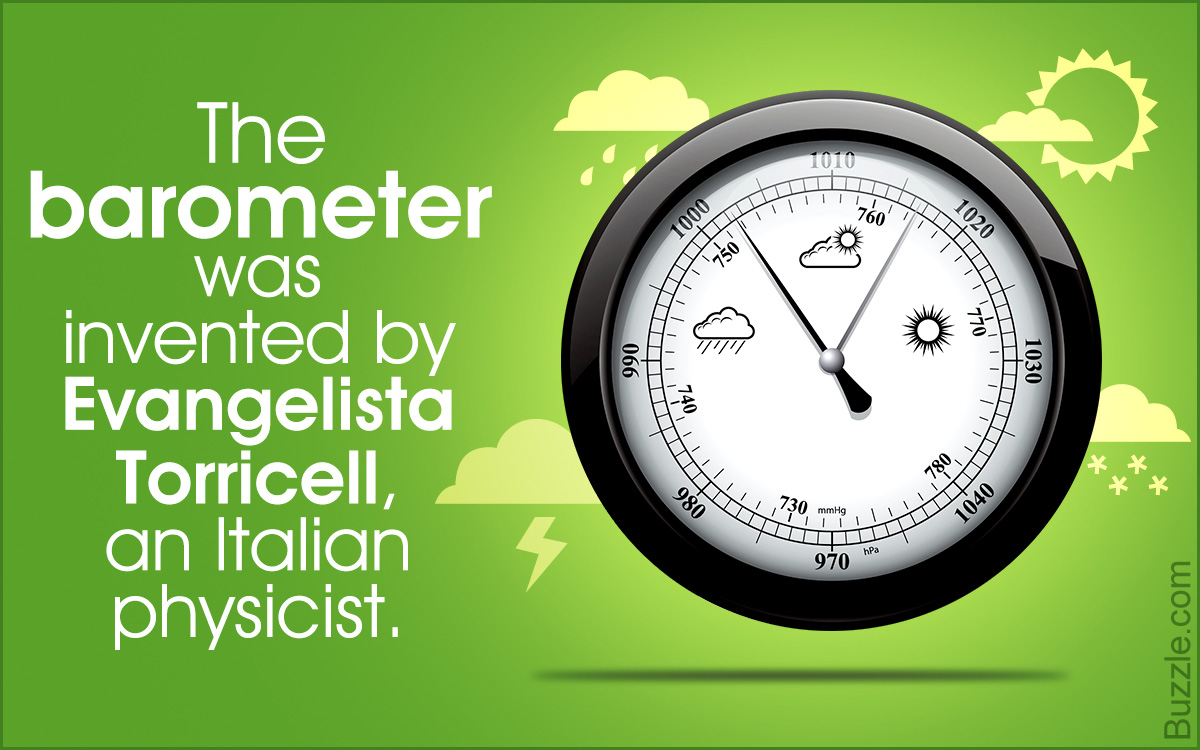 Every time an air molecule (primarily nitrogen or oxygen) crashes into a solid or liquid surface, it exerts a force. The number of these collision forces per second on each square inch or square centimeter of the surface is a measure of the pressure. And it’s not trivial; at sea level those zillions of molecule collisions add up to a total of 14.7 pounds on every square inch (1.03 kilograms per square centimeter).

Measuring pressure by counting molecular collisions is difficult. But since the atmosphere exerts a pressure on everything it’s in contact with, we can use the atmospheric force upon any convenient object as our measuring standard.

In 1643 in Florence, Italy, Evangelista Torricelli decided that the atmosphere’s pressure should be capable of forcing water up into an empty tube to a certain height, and that the height of that column of water would be a measure of the atmosphere’s pressure. He thus invented the world’s first barometer. It turned out that normal atmospheric pressure will support about thirty-four feet (about ten meters) of water. But that would make for some ridiculously large barometers.

Today we use a much heavier liquid, mercury, a silvery liquid metal, which on a typical day by the seaside can be forced only 29.92 inches or 760 millimeters up a tube. Put another way, the atmosphere is applying the same amount of pressure that we would feel if we were submerged under 34 feet of water or under 29.92 inches of mercury.

To get a rough idea of how much pressure the atmosphere is exerting on us, stick your toes under the leg of a kitchen or dining-room chair and put a ten-pound sack of potatoes on the seat. That will apply a pressure of ten or fifteen pounds per square inch to your toes.

That’s in addition, of course, to the 14.7 pounds of pressure from the atmosphere, but you don’t feel that because it is uniform all over your body. Do fish know they’re under water? We’re under air.