A boomerang is like two spinning aeroplane wings joined in the middle.

It is held almost vertically before it is thrown end over end. Because it spins in this way, the top wing actually goes away from you faster than the bottom wing.

This makes the sideways push on the top wing, similar to lift on an aeroplane wing, stronger than that on the bottom wing, so the boomerang gets tilted over, just as you would be if someone pushed on your shoulder, and its flight pattern begins to curve. 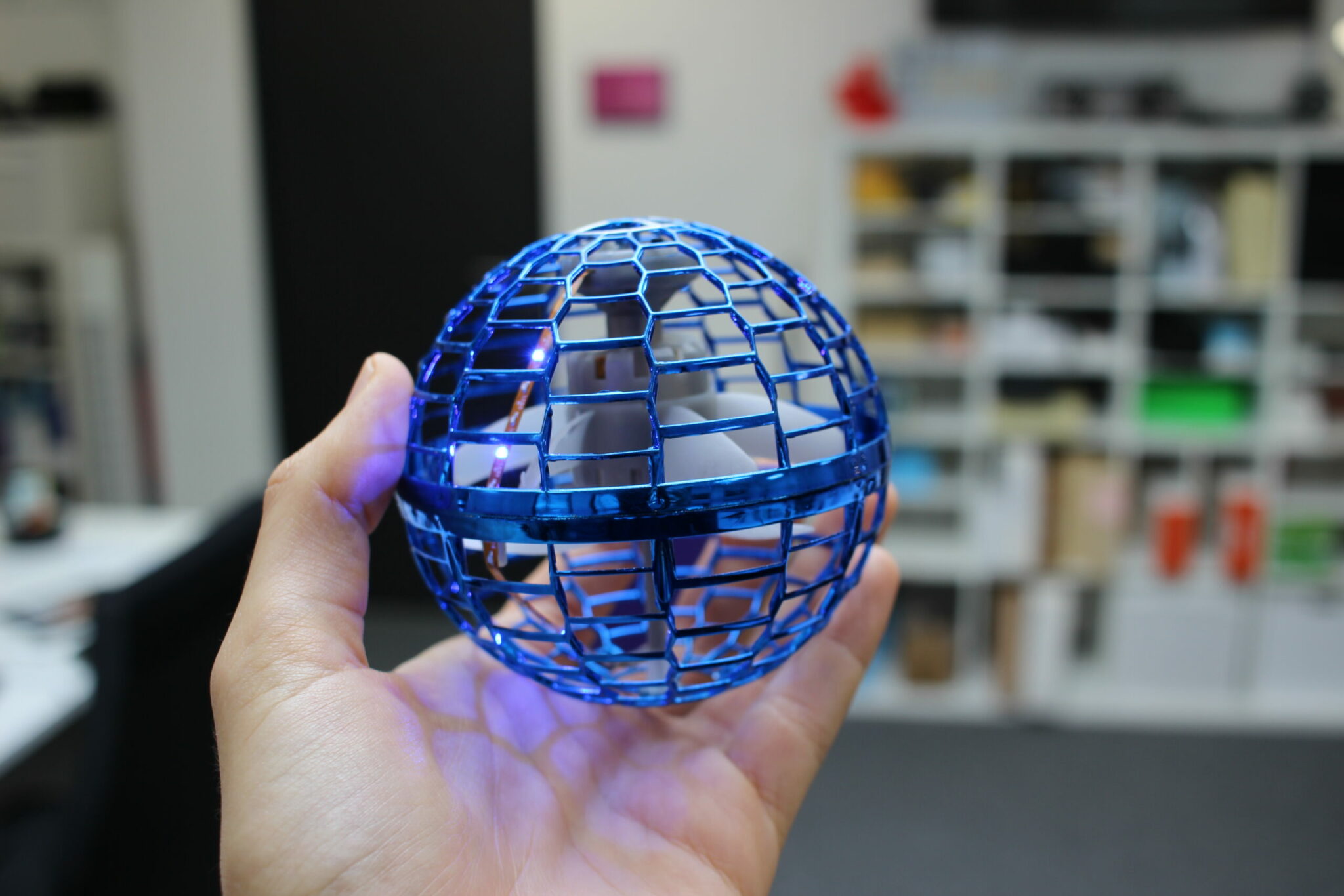 Similarly, if you ride a bicycle and lean over, the bicycle will turn, eventually going in a circle. The boomerang does too.

Returning boomerangs work by a combination of aerodynamic and gyroscopic effects. A boomerang is essentially a rotating wing with two or more aerofoil-shaped blades.

It is thrown with its plane of rotation at about 20 degrees to the vertical and so that it spins rapidly, typically about 10 revolutions per second, with the uppermost blades travelling in the direction of overall motion. Therefore, the blade at the top moves through the air faster than the lower one.

The faster-moving blades generate more lift than the slower-moving ones. This produces an overall force in the direction of turn, plus an overturning torque.

The rotation of the boomerang makes it behave like a gyroscope. When the overturning torque occurs, the gyroscopic effect makes the boomerang turn or precess about a different, near-vertical, axis. This continuously changes the boomerang’s plane of rotation, causing it to travel around an arc back to the thrower.

Other effects are also evident in the boomerang’s motion, such as its tendency to lie flat as it returns to the thrower, its plane changes from 20 degrees from the vertical initially, to horizontal at return.

This is caused by a number of aerodynamic effects combined again with gyroscopic precession.

Most boomerangs don’t come back and were never intended to do so.

The Australian Aboriginal people made the boomerang for hunting and fighting rather than for sport or play, so they did not make the so-called returning boomerang throughout most of the Australian continent. For them, the real returns of boomerang throwing came in the form of fresh food or the beating of an enemy.

The Warlpiri people can throw a karli boomerang and hit a target at well over 100 metres. Particularly skilled users of the karli throw this deadly weapon with surprising ease. The Warlpiri also manufacture the wirlki, also known as the “hooked” or “Number 7” boomerang, which is used for fighting.

Across Australia, even in those areas where the boomerang is not made, there is near universal use of paired boomerangs as rhythm instruments in ceremonial contexts. Such boomerangs are still traded for ritual use across thousands of kilometers.

There are, and have been an astonishing variety of boomerangs from Australia.