Why Do Freeway and Highway Intersections Have Complicated Ramps and Loops?

Ramps and loops on freeways enhance the traffic flow, from construction companies to politicians’ campaign chests.

They allow us to make left turns without getting killed by oncoming traffic. It’s a matter of simple geometry. 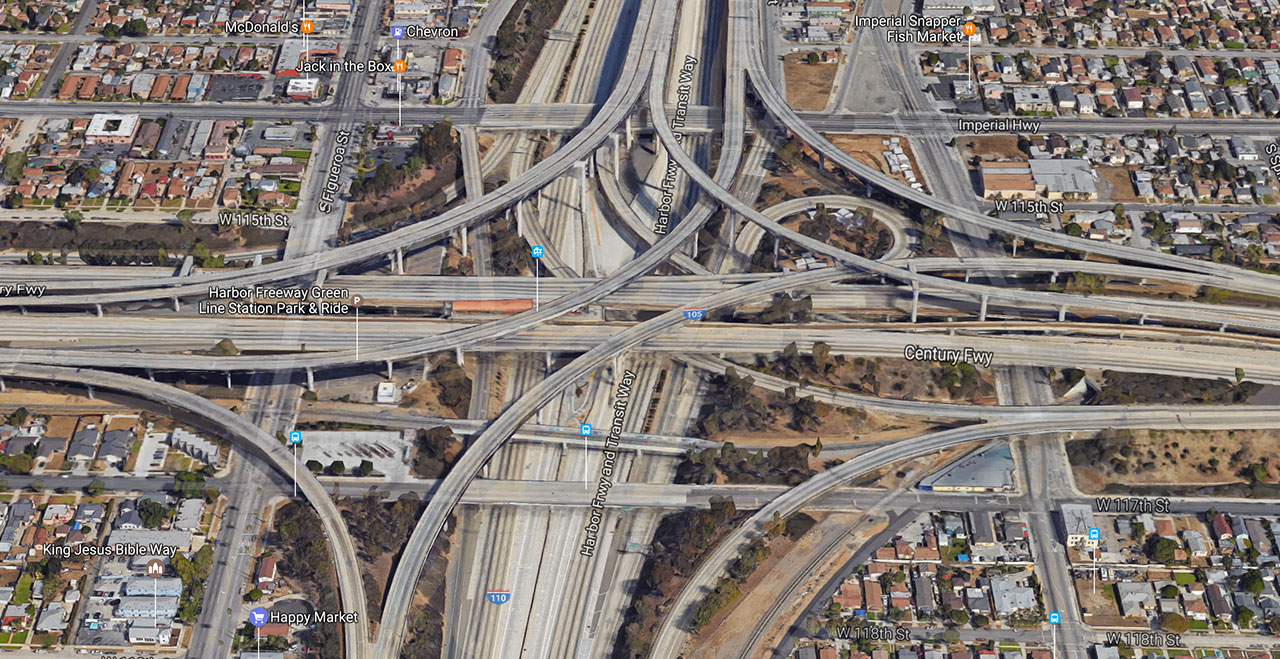 When freeways and superhighways began to be built, engineers had to figure out how to allow traffic to make turns from one highway to an intersecting one without stopping for red lights. Because we drive on the right-hand side of the road in the U.S., right turns are no problem; you just veer off onto an exit ramp. But a left turn involves crossing over the lanes of opposing traffic, and that can cause conflicts that are better imagined than expressed.

Think about it. A full circle is 360 degrees; a 360-degree turn would take you right back to your original direction. If two highways intersect at right angles, a left turn means turning 90 degrees to the left. But you’d get the same result by making three right turns of 90 degrees each.

It’s the same as when you want to turn left in the city and encounter a “No Left Turn” sign. What do you do? You make three right turns around the next block. That’s what the loop of a cloverleaf does; it takes you 270 degrees around three-quarters of a circle, guiding you either over or under the opposing lanes of traffic as necessary.

The highway interchange is a four-leaf clover, rather than a two- or three-, because there are four different directions of traffic, going, for example, north, east, south and west, and each of them needs a way to make a left turn.

For readers in Britain, Japan and other countries where they drive on the left, just interchange the words “left” and “right” in the preceding paragraphs, and everything will come out all right. That is, all left. You know what I mean.