Why do Leaf-Cutter Ants Cut Up and Transport Fresh Leaves back to their Nests if they Don’t Eat them?

If you have not seen leaf-cutter ants at work, there are hundreds of thousands of ants chopping out pieces of leaves and determined to carry them back to their colony.

This species of tropical, fungus-growing ants can be found in South and Central America and some parts of the southern United States. Leaf-cutter ants form the largest and most complex animal societies on Earth.

The central mound of their underground nests can grow to more than 98 feet across with mounds extending out to 260 feet, and containing eight million ants in just a few years. 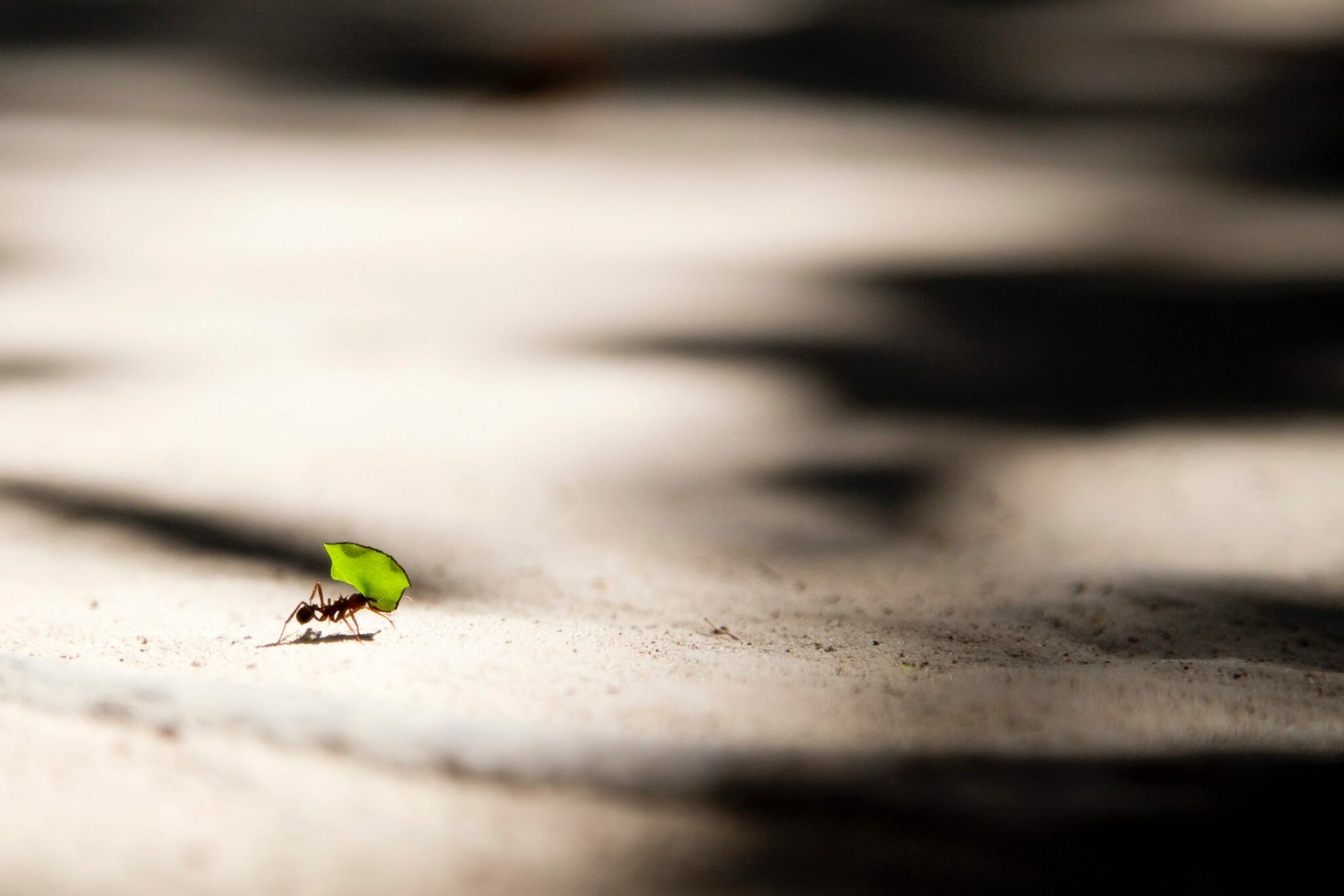 A nest of leaf-cutters, with a few million ants, can completely defoliate a full-size tree in about a day.

The funny thing is that the ants don’t eat the leaves, as they can’t digest them. Yet they bring no other food into their colony. So what is the deal?

Here’s the deal with leaf-cutter ants, they’re farmers. They use leaves as a medium to grow or farm food they eat, the lepiotaceae fungus.

The strange thing is that lepiotaceae doesn’t grow anywhere else except in leaf-cutter colonies, because it has evolved to a point that it can’t reproduce without the ants’ help.

The fungus helps convert the leaves into carbohydrates. In return, the ants keep the fungus alive by seeding shredded leaves with its spores. When a queen ant leaves to begin a new colony, she carries a supply of starter fungus in a special opening in her head.

The fungus needs the ants to stay alive, and the larvae need the fungus to stay alive. The only two other groups of insects that have evolved fungus-based agriculture are ambrosia beetles and termites.

For at least 23 million years, the ants and fungus have had this symbiotic relationship. It makes us look at both species in a whole new light.