How does a diamond cutter cut a diamond and How many different cuts are there?

For centuries mankind has prized the brilliant, precious stones that were first collected in India, possibly as early as 800 B.C. Pliny the Elder called diamonds the “most highly valued human possessions,” and in recent years they have been put to multiple uses ranging far beyond the ornamentation of crowns and wedding rings.

The National Aeronautics and Space Administration uses an extremely thin diamond disk to help determine the temperature of the stars, and surgeons are able to remove cataracts with sharp diamond knives.

Diamonds are actually made of carbon, the same atoms that compose coal and graphite, the difference arising from how the materials were formed. 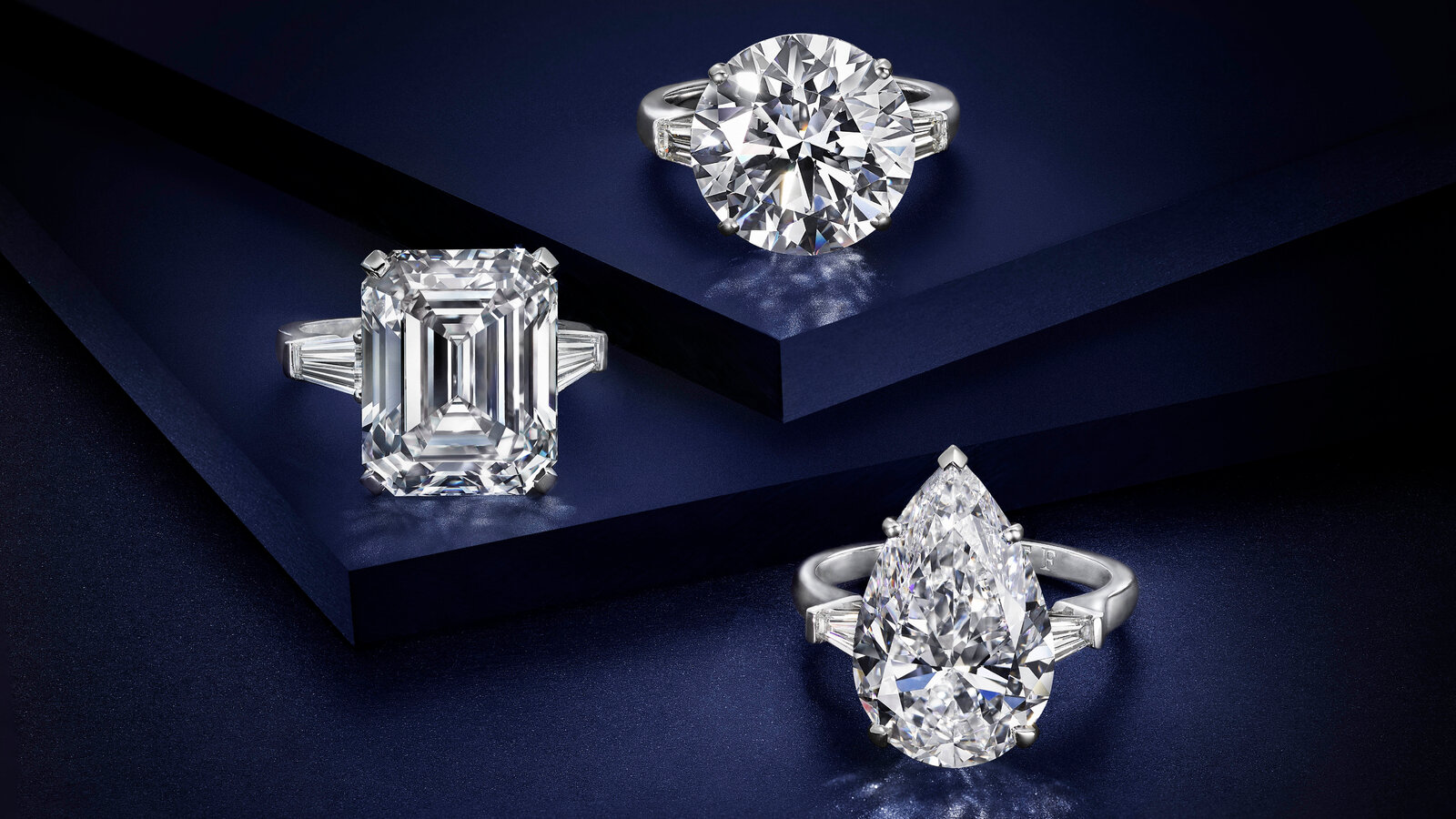 Millions of years ago carbon in the earth’s upper mantle beneath the crust, subjected to extreme heat and pressure from molten rock, crystallized into rough diamonds. Those crystals grew into various forms, all in the cubic system of crystallization. Most rough diamonds occur in the form of octahedrons, but twin crystals, known as macles or twins, dodecahedrons, and cubes are also found.

Diamonds have a perfect cleavage grain parallel to the octahedron faces, making it possible to divide large crystals and macles along any of four cleavage grains. But the diamond, whose etymology stems from the Greek word adamas, meaning “unconquerable,” is the hardest substance known and can be cut only by another diamond.

Diamond cutting, the process by which a rough crystal is transformed into a polished stone, calls upon the skill and expertise of perhaps five different craftsmen. The history of diamond cutting stretches back to the late Middle Ages, when craftsmen first reduced the angles of pyramidal stones to form the first “point cut.”

By the mid fifteenth century, more than 250 cuts had been developed, among them the symmetrical and relatively plain table cut and the exquisite rose cut, with its domed crown of triangular facets meeting in a point at the center. Out of a series of logical developments, the rough was fashioned in various ways, until finally the modern brilliant cut was developed.

In 1919 Marcel Tolkowsky mathematically determined the optimal angles and positioning of the 58 facets that would ensure maximum reflection of light through the top of the diamond. The principal cuts today are divided into two categories: the brilliant cuts round, oval, marquise, pear shaped, and heart shaped, and the step cuts, notably the rectangular emerald cut and the tapered or straight baguette.

Before beginning to cut, a craftsman studies a rough stone under a 10 power magnifying loupe to determine whether or not the stone should be cut at all, and if so, what is the best way to get maximum value from the rough. Usually he polishes one facet, which allows him to peer inside the stone and take note of any inclusions (trapped foreign matter) or interior features. For weeks he might weigh the factors that will determine the finished stone’s value: cutting, clarity, carat weight, and color. He determines whether size, clarity, or a fine cut (which might mean considerable weight loss, but a more brilliant stone) is of primary importance.

If the stone is to be cleaved, the cutter marks it with india ink exactly along the cleavage grain. He cements it to a 10 inch long cleaving stick, then takes another diamond, called a sharp because of its sharp edge, and rubs it back and forth along the line marked with ink. When a small notch or “kerf” of the required depth has been formed, he anchors the stick in a lead box. He places a thin, flat edged, steel cleaving knife into the kerf and with a mallet gives the back of the knife a sharp blow, which splits the crystal. This procedure demands exceptional skill.

A more common method of making two or more diamonds out of one crystal is sawing. The stone is held firmly by two steel dops and positioned before a rotating phosphor bronze disk, whose cutting edge is coated with a paste of olive oil and diamond dust. Although the saw rotates at 5,500 revolutions per minute, it will cut only .05 inch in an hour. Today there are factories for diamond sawing in which one craftsman might oversee twelve machines cutting at once.

Next, the diamond must be shaped. This is done by cementing it to a cylindrical dop or holder and then mounting it on a lathe. A second diamond on a dop at the end of a long stick is held by hand against it. By this process, called bruting, the stone is girdled or rounded at its greatest width.

Finally, the complex task of grinding and polishing is accomplished by holding the diamond, again in a kind of dop called a tang, against a rotating horizontal disk. The disk is made of relatively soft iron and is covered with a mixture of olive oil and diamond powder, which acts as an abrasive.

The first facet to be cut is the table, or upper flat surface. Its position is of utmost importance, for all of the other symmetrical facets depend on its placement.

The diamond is held in the dop at the end of the tang, and careful adjustments are made so that the facet will be ground in the proper position. After 8 more facets are cut or “blocked” on top, and 8 on the bottom, the diamond is bruted again. The stone is then passed on to the brillianteer, who makes the final 40 facets and the culet facet (opposite the table). The brillianteer must ensure that all facet junctions, points at which 4 or 5 facets meet, are precise. All told, when the polished gem at last is finished, it may be less than half the size of the original rough, uncut stone.

In recent years, lasers have proved a remarkable and very useful means of sawing diamonds in any direction desired. The intense light of the laser, which heats the diamond and turns it into graphite, can actually saw through the stone with pulsating, progressive shots of laser light along a line. A laser can also minimize black inclusions: a laser bores a hole down to the inclusion, and a strong chemical oxidizer is forced into the hole, which dissolves the inclusion and turns it white.

With such impurities less visible, the value of the diamond can be increased, and the damage done by the laser is no worse than a white inclusion left in the diamond.