Why Do Millipedes Have More Legs Than Centipedes and Are Millipedes Poisonous?

Although we think of them as insects, centipedes and millipedes are more closely related to crustaceans, lobsters and shrimp.

Millipedes often do have more legs than a centipede, but technically that depends on the varieties you’re talking about. 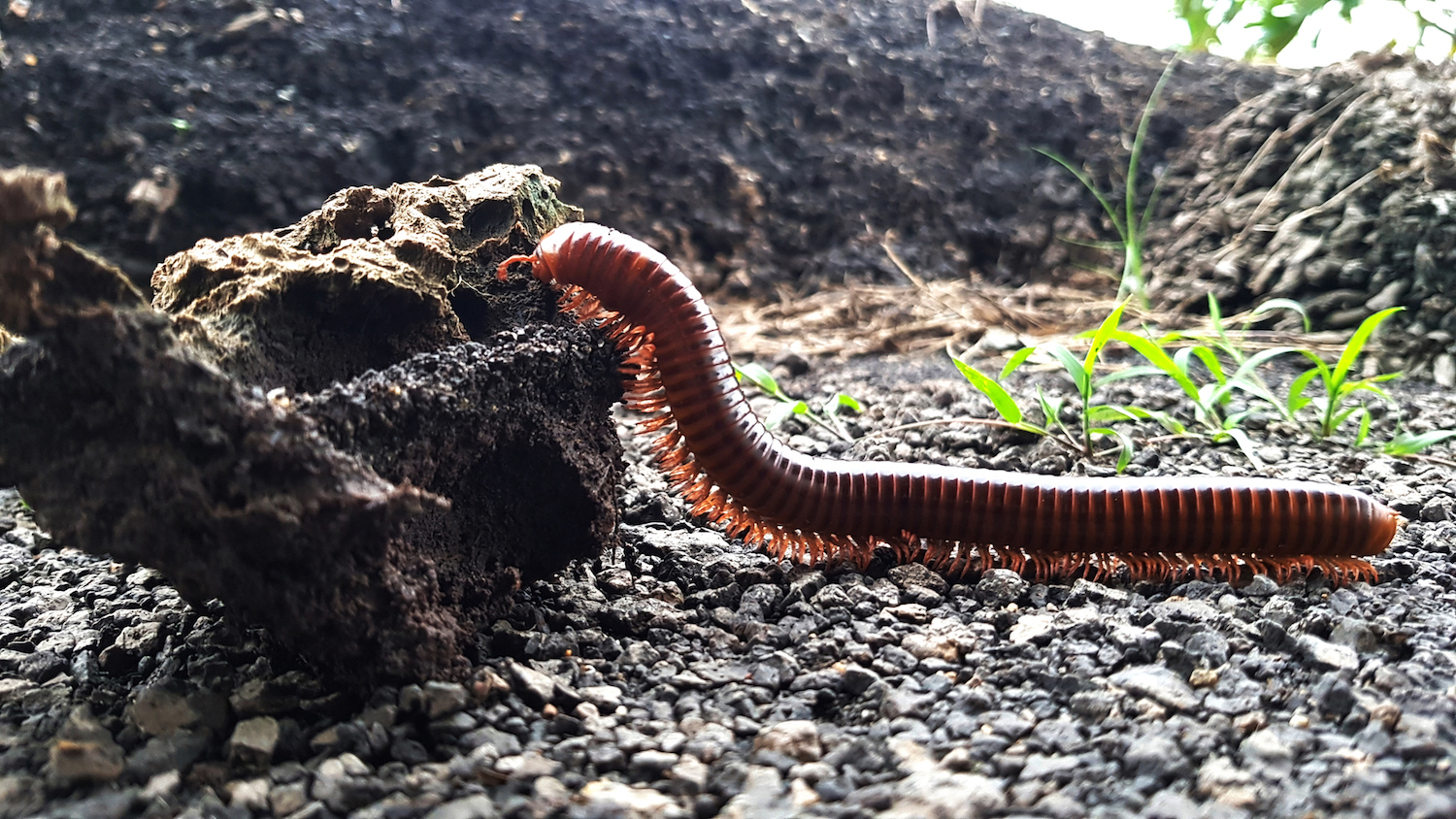 There are thousands of types of both worldwide.

As a rule, millipedes have two pairs of legs per body segment; their total leg count ranges from 36 to 400.

Centipedes just have one pair per segment; their total leg count falls between 24 and 200.

So if a millipede and a centipede have equal numbers of body segments, the millipede will have twice as many legs.

There are other differences between the two. Centipedes all sting, causing swelling and pain at the site.

All of them have poison in their front pincers, and some in all of their legs.

Millipedes, on the other hand, are generally not poisonous, but can emit a smell that might cause an allergic reaction.

It is recommended that you wash your hands if you touch a millipede.