Why Do My Eyes Water When Cutting Onions and What Is the Best Way To Prevent Crying When Slicing Onions?

Onions and garlic both contain derivatives of sulphur-containing amino acids.

When an onion is sliced, one of these compounds, S-propenyl-L-cysteine sulfoxide, is decomposed by an enzyme to form the volatile propanthial S-oxide, which is the irritant.

Upon contact with water, in this case your eyes, the irritant hydrolyses to propanol, sulphuric acid and hydrogen sulphide. Tearfully, the eyes try to dilute the acid. However, it is these same sulphur compounds that form the nice aroma when onions are being cooked. 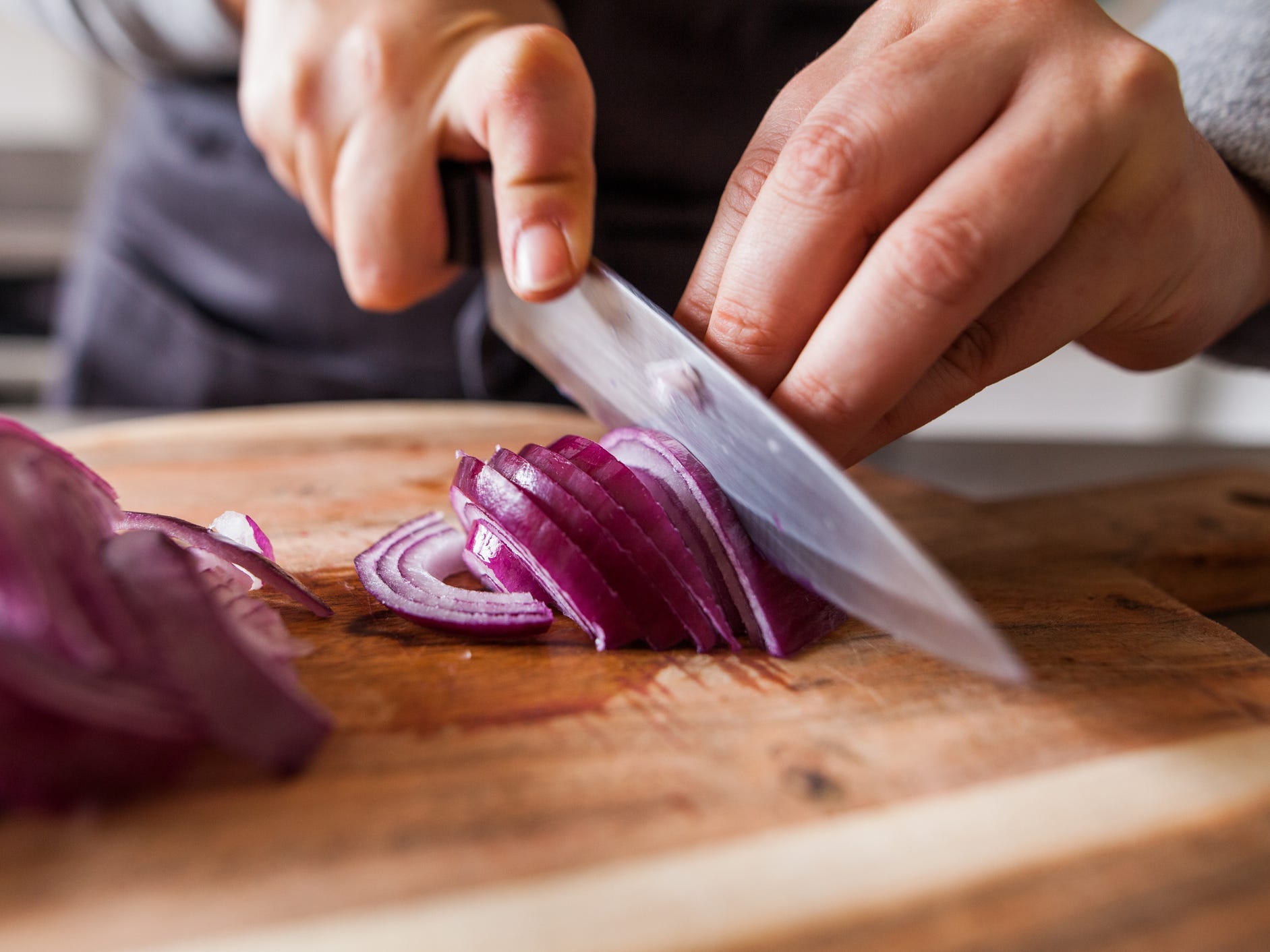 To prevent watering eyes, we would suggest one of the following: stop using onions, but you would lose the tasty aroma; wear goggles and look slightly silly; slice the onion under water, which will wash some of the aroma out; before slicing the onion, wash it, and keep it wet.

To attempt to reduce the severity of watering eyes you must allow the maximum possible time for the irritant to disperse before it comes into contact with the eyes.

The most obvious way of achieving this is to stand as far away from the onion as your arms will allow. It also helps if you are not standing over the onion, but back from it.

Another way of reducing the amount of irritant reaching your eyes is to breathe through your mouth.

This means that instead of creating a current of air which flows up to your nose and onwards to the eyes, carrying the irritant with it, the air is either directed into the lungs when breathing in or forced away from the face when breathing out.

In order to ensure that you breathe through your mouth, hold a metal spoon lightly between your teeth. There will be space for the air to enter and escape, and while our mouths are open we breathe preferentially through them, rather than our noses.

It has been found that holding the spoon upside down works best, although we don’t know what scientific reason there could be for this.

A slice of lemon should be placed under the top lip while slicing. You may not look particularly attractive but it does prevent the eyes from watering.

We also suggest the old tip of holding a sugar cube between your teeth to absorb the irritant. It does work, as do sulphur matches, though very few people use these now.

Hold a piece of bread, about a quarter of a slice, between the lips as you slice onions.