Why are Vidalia Onions so much sweeter than other types of Onions?

Vidalias aren’t unique in their mildness. There are several brands of mild onions grown in other parts of the country, including the Maui, Walla Walla, Texas 1015, and OSO. Note that I have called them “mild,” not “sweet.” They don’t necessarily contain more sugar than other onions; they simply contain lesser amounts of both the pungent-tasting and tear-producing compounds.

In the case of Vidalia, Georgia, a town on the state’s southern coastal plain, the mildness of the onions has been attributed to a dearth of sulfur in the area’s sandy loam soils. Because both the pungency chemicals and the tear-producing chemicals are compounds of sulfur, sulfur-deprived plants are presumably able to manufacture less of them.

Regardless of soil, weather, and cultivation conditions, any plant is the species and variety it is because the genes in its seeds tell it to manufacture precisely the proper proteins, enzymes, and hormones, and nothing a farmer can do will change that. Vidalia onions, for example, are all of the variety called yellow granex. 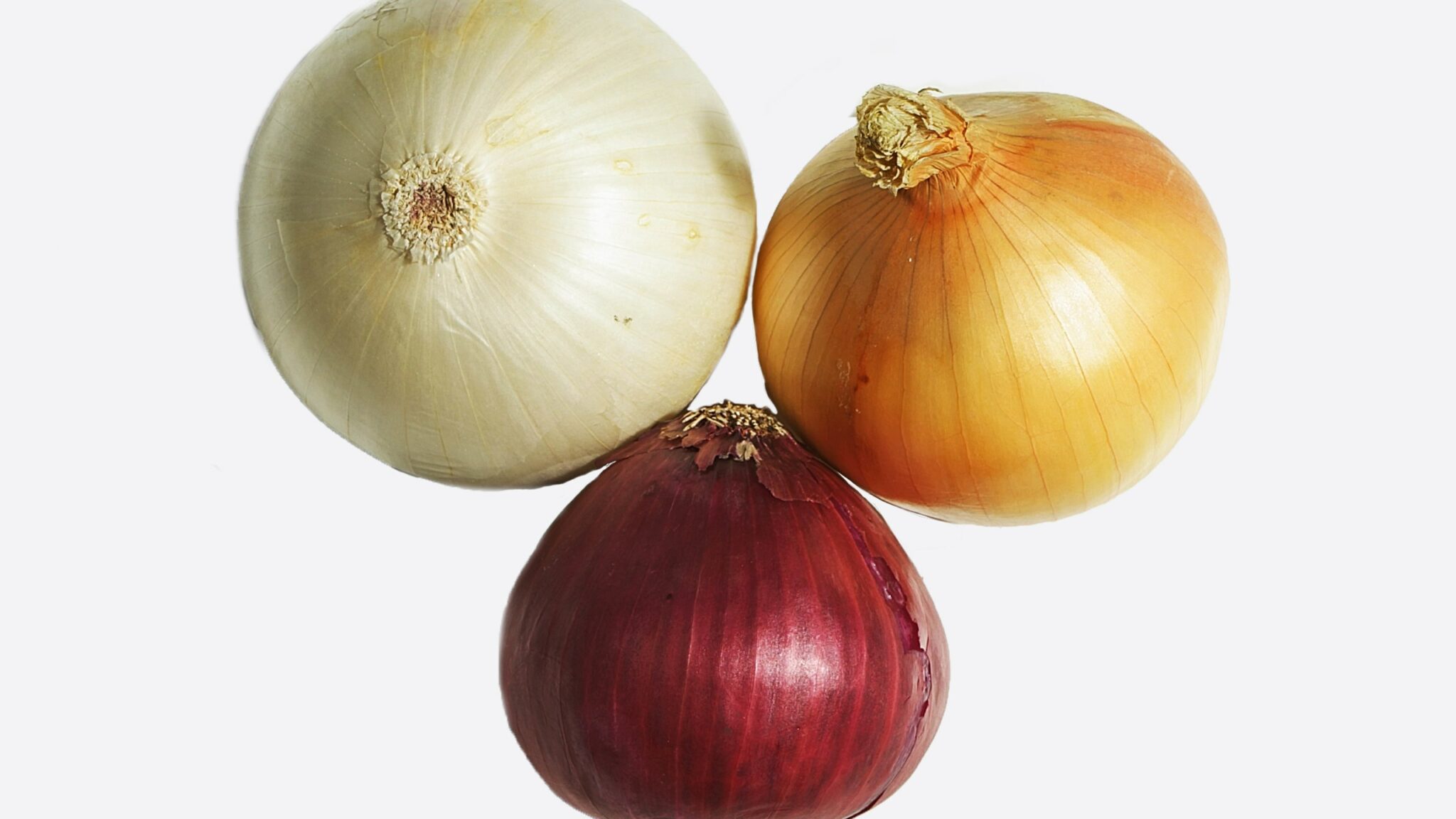 But that’s heredity, and as everyone knows, an organism’s characteristics are shaped by both heredity and environment. A multitude of environmental factors, such as the amounts of various nutrients in the soil; the soil’s texture and drainage; its micro-flora and fauna; its proportions of sand, rock, and clay; the land’s slope; the growing temperatures; the amounts of rain, wind, and sun, in sum, a plant’s entire micro-milieu, short of the phase of the moon at planting time, can lead to subtle differences in the ultimate fruit or vegetable.

That’s no joke about the phase of the moon. Vintners who practice so-called biodynamic wine making reportedly wait until the moon has waned before removing the sediment from their wines. They believe that inasmuch as the full moon draws up the tides, it would obviously draw the sediment upward and keep it from settling. What could be more logical?

French winemakers have lumped all of these variables and imponderables (usually excluding the phases of the moon), along with a healthy measure of Gallic shrug and a soupcon of mysticism, into the concept of terroir, which is now modishly being applied to virtually all fruits and vegetables. But there is nothing profound about terroir, which literally refers to an agricultural region or territory. It is merely a summation of all the peculiarities of a particular local growing environment. And anyone who has traveled in France knows that on the other side of every hill or around every bend may be lurking a very different micro-climate.

Let us return now to Vidalia, Georgia, where the Vidalia Onion is a registered trademark of the Georgia Department of Agriculture and where a state law decrees the characteristics the onions must have in order to wear that jealously guarded label.

A vigorous marketing campaign encouraging us to “eat ’em like an apple” (but why would we want to, may I ask?) undoubtedly plays a role in gilding the onion, so to speak. And no one can deny that economics and politics are central ingredients in the onion’s reputation. Quite a few lawsuits have been fought along the lines of “My onion is more Vidalia than your onion.”

Clearly, not every acre of farmland within the officially sanctioned and virtually sanctified twenty county Vidalia Onion region of southeastern Georgia can contain exactly the same amount of sulfur in the soil. Thus, sulfur cannot be the only factor. Lacking credible scientific evidence, I’m willing to chalk it all up to a je ne sais quoi factor.