The Doppler Effect is one of the most powerful and important concepts ever discovered for astronomy. This discovery allowed scientists to measure the speed and direction of stars and galaxies many millions of light years away.

It unlocked mysteries of distant galaxies and stars and led to the discovery of dark matter and of the actual age and motion of the universe. Doppler’s discovery has been used in research efforts of a dozen scientific fields. Few single concepts have ever proved more useful. Doppler’s discovery is considered to be so fundamental to science that it is included in virtually all middle and high school basic science courses.

Austrian-born Christian Doppler was a struggling mathematics teacher, struggling both because he was too hard on his students and earned the wrath of parents and administrators and because he wanted to fully understand the geometry and mathematical concepts he taught. He drifted in and out of teaching positions through the 1820s and 1830s as he passed through his twenties and thirties. Doppler was lucky to land a math teaching slot at Vienna Polytechnic Institute in 1838. 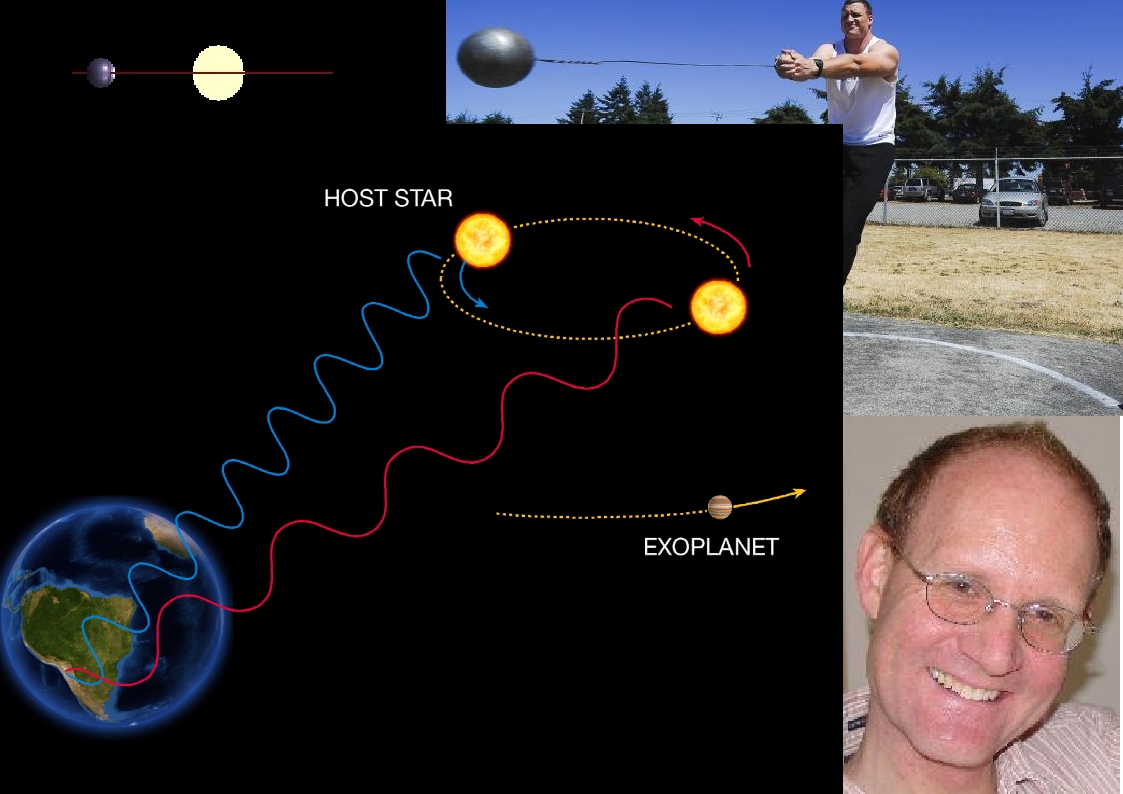 By the late 1830s, trains capable of speeds in excess of 30 mph were dashing across the countryside. These trains made a sound phenomenon noticeable for the first time. Never before had humans traveled faster than the slow trot of a horse. Trains allowed people to notice the effect of an object’s movement on the sounds that object produced.

Doppler intently watched trains pass and began to theorize about what caused the sound shifts he observed. By 1843 Doppler had expanded his ideas to include light waves and developed a general theory that claimed that an object’s movement either increased or decreased the frequency of sound and light it produced as measured by a stationary observer. Doppler claimed that this shift could explain the red and blue tinge to the light of distant twin stars.

The twin circling toward Earth would have its light shifted to a higher frequency, toward blue. The other, circling away, would shift lower, toward red.

In a paper he presented to the Bohemian Scientific Society in 1844, Doppler presented his theory that the motion of objects moving toward an observer compresses sound and light waves so that they appear to shift to a higher tone and to a higher frequency color (blue). The reverse happened if the object was moving away (a shift toward red). He claimed that this explained the often observed red and blue tinge of many distant stars’ light. Actually, he was wrong. While technically correct, this shift would be too small for the instruments of his day to detect.

Doppler was challenged to prove his theory. He couldn’t with light because telescopes and measuring equipment were not sophisticated enough. He decided to demonstrate his principle with sound.

In his famed 1845 experiment, he placed musicians on a railway train playing a single note on their trumpets. Other musicians, chosen for their perfect pitch, stood on the station platform and wrote down what note they heard as the train approached and then receded. What the listeners wrote down was consistently first slightly higher and then slightly lower than what the moving musicians actually played.

Doppler repeated the experiment with a second group of trumpet players on the station platform. They and the moving musicians played the same note as the train passed. Listeners could clearly hear that the notes sounded different. The moving and stationary notes seemed to interfere with each other, setting up a pulsing beat.

Having proved the existence of his effect, Doppler named it the Doppler Shift. However, he never enjoyed the fame he sought. He died in 1853 just as the scientific community was beginning to accept, and to see the value of, his discovery.

Doppler shifts have been used to prove that the universe is expanding. A convenient analogy for the expansion of the universe is a loaf of unbaked raisin bread. The raisins are at rest relative to one another in the dough before it is placed in the oven. As the bread rises, it also expands, making the space between the raisins increase.

If the raisins could see, they would observe that all the other raisins were moving away from them although they themselves seemed to be stationary within the loaf. Only the dough, their “universe”, is expanding.