Frogs legs taste like chicken with a tad of fishiness thrown in for good measure. 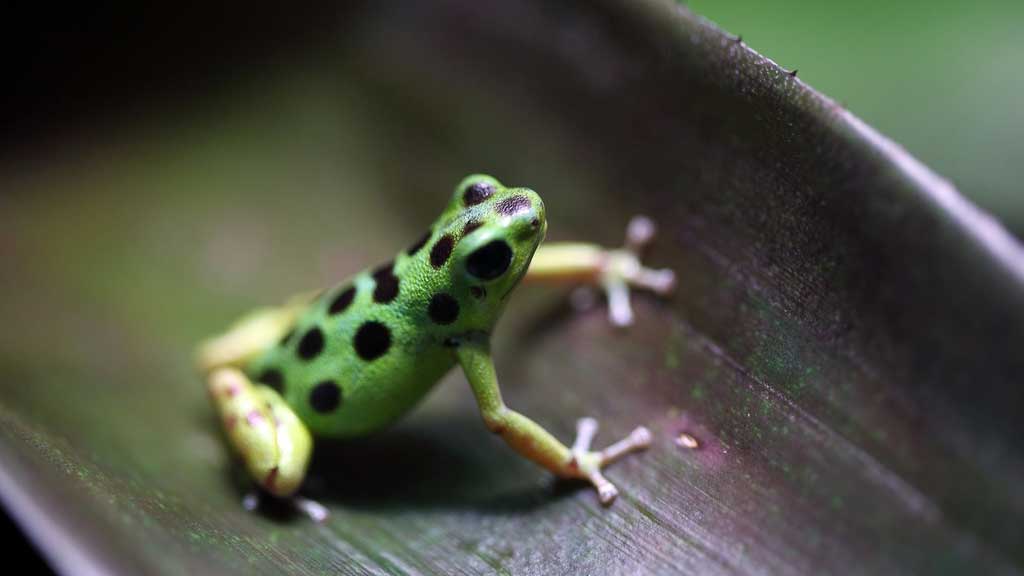 Think of it as “chicken of the swamp” with a texture most similar to chicken wings. 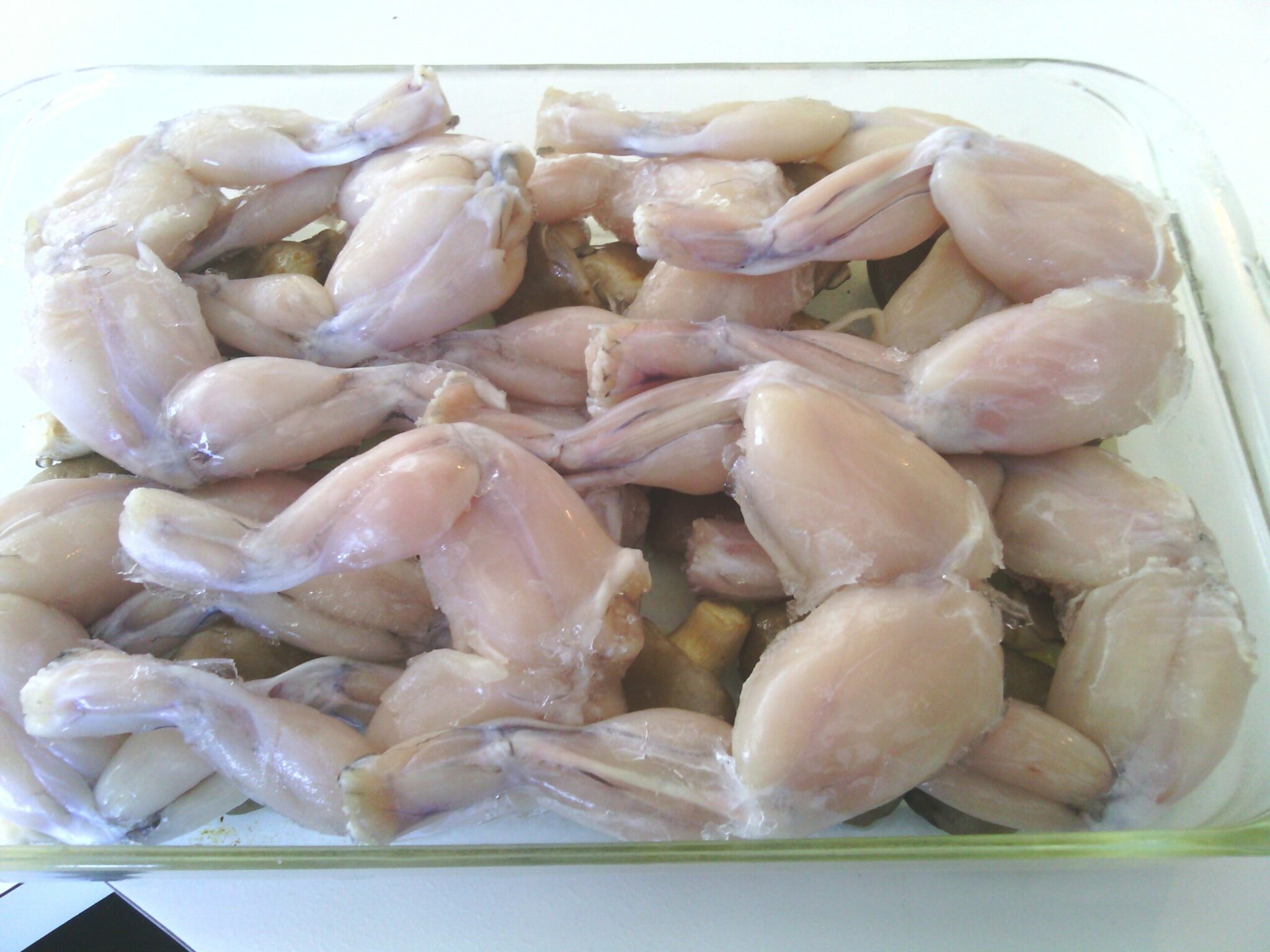 Frogs legs are one of delicacies of French and Cantonese cuisine, and are also eaten in other regions, such as the Caribbean, Greece, Italy, Spain and the southern regions of the United States.

Frog legs in France are traditional in the region of the Dombes and Lyon, where they are prepared with butter, garlic and sometimes parsley sauce and served only with salad or steamed rice. The dish is popular in French speaking parts of Louisiana, particularly the Cajun areas of Southern Louisiana as well as New Orleans.

Frog legs were also introduced to New Orleans by Donat Pucheu, and is common in the French speaking parts of Louisiana, such as the Cajun areas of Southern Louisiana and New Orleans.

Only the upper joint of the hind leg is served in the dish, which has a bone similar to the joint of a chicken wing.

Frogs legs is also common or deep-fried, either breaded or unbreaded. Yum.