Why does a Glass of Champagne have Smaller and Fewer Bubbles Than a Glass of Beer?

There are several reasons why a glass of champagne has less bubbles than a glass of beer, none of them sociological.

• The champagne is likely to have been poured into a flute, a tall, narrow glass that doesn’t have a lot of bottom surface for bubble formation. Moreover, such narrow glasses are not as likely to have been scratched on their inside surfaces because (a) scrubbing instruments can’t get into them as easily and (b) they have probably been used less often than beer mugs. Fewer scratches means fewer nuclei, which means fewer and smaller bubbles. You will see them rising from only a select few nucleation sites.

Scratch the inside of a glass of beer or champagne with the tip of a knife, and you will see new bubbles arising from that brand-new nucleation site. 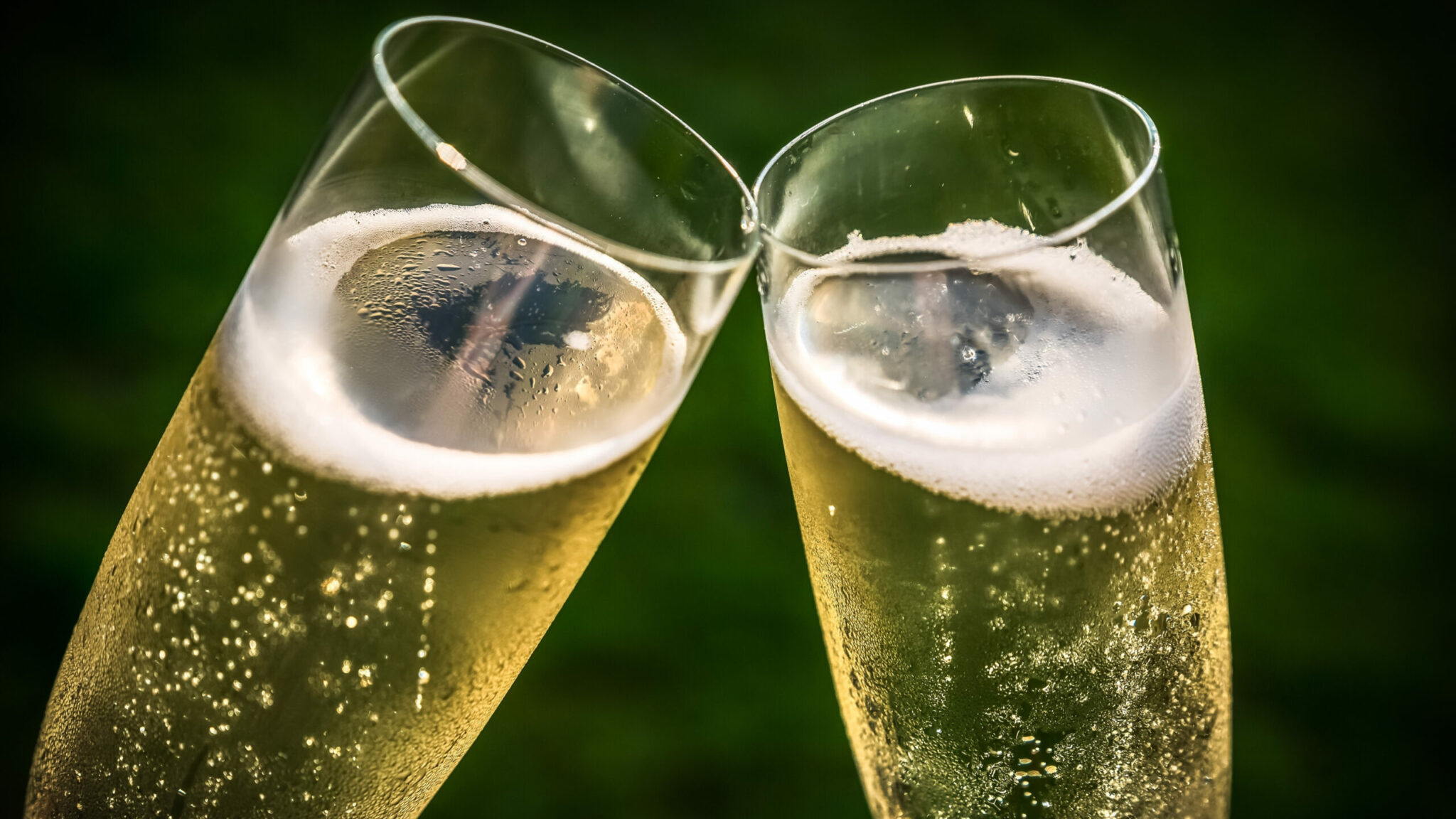 • Champagne is clearer than beer. True champagne (it says méthode champenoise on the label), as opposed to cheap sparkling wine, has been carefully clarified by cooling, settling, and dégorgement, or disgorging. In that process, the corked bottles are tilted neck downward and rotated periodically over a long period of time; the neck is then frozen and the plug of frozen sediment is shot out with the cork. Less suspended matter in the liquid means, again, fewer nuclei for bubbles to grow on.

• The carbon dioxide in true champagne is made right there in the corked bottle by added yeast and sugar during an aging process that goes on for months and sometimes years. During that long time the yeast cells not only die, as they do in beer and other wines, but their proteins decompose into fragments called peptides. Every peptide molecule has one end that is a base, which can grab onto a carbon dioxide molecule, which is an acid, thereby trapping it in the solution.

So champagne can not only hold more carbon dioxide than the other beverages, but it gives it up more reluctantly after the bottle has been opened. Hence, the tiny streams of aristocratic bubbles, rising in orderly, one-by-one fashion from whatever nuclei happen to be available.