Why does Cooking Eggs Make them Hard but Cooking Potatoes Make them Soft?

The short answer is that cooking makes proteins harder and carbohydrates softer.

We’ll leave meats out of this, because the toughness or tenderness of a cut of meat depends in a very complex way on the muscle structure of the animal, the portion of the animal it came from, and on precisely how it’s being cooked. During cooking, for example, meat can get tenderer at first and then tougher later on. But your egg and potato can be explained entirely by the differing effects of heat on protein and carbohydrate.

First, let’s take a close look at that egg. Eggs are rather unusual in their composition, as befits their unique function in life. If we throw away the shell of a hen’s egg and remove the water from what’s inside, the dried remains are just about half protein and half fat, with virtually no carbohydrate. 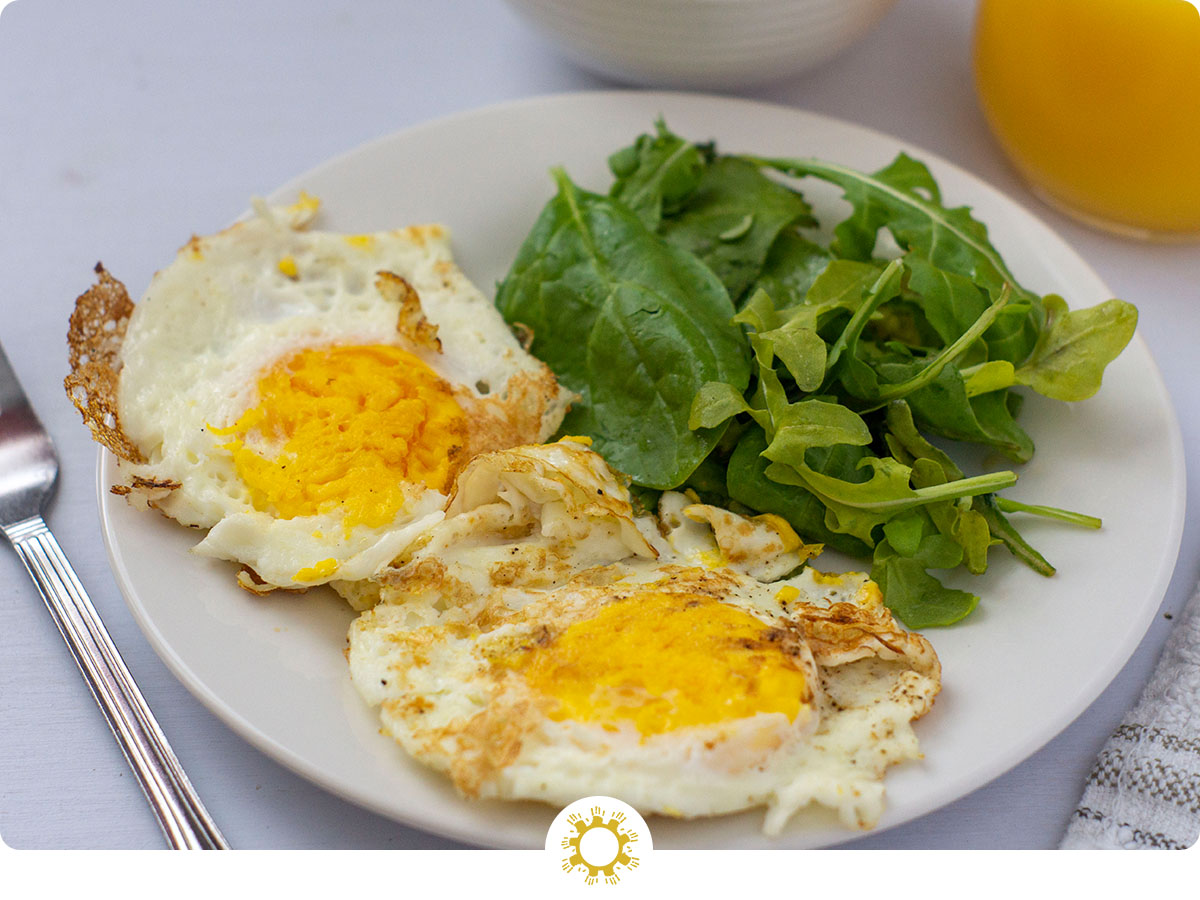 The dried yolks are 70 percent fat while the dried whites are 85 percent protein. You know that heat doesn’t affect the consistency of fat very much, so we’ll concentrate on the protein in the egg white. And you also know that we’re not going to get out of this without looking at what the molecules are doing, right?

The albumins in albumen, no kidding; egg whites are called albumen, but they contain proteins called albumins, with an i, are made up of long, stringy molecules coiled up into globs like very loose balls of yarn. When heated, these balls partially unravel and then stick to each other here and there, making an unholy tangle like a can of spot-welded worms. (Techspeak: The molecules become cross-linked.)

Now, when the molecules of a substance change from a bunch of loose balls to an unholy, welded tangle, the stuff is obviously going to lose its fluidity. It will also turn opaque, because even light can’t get through it.

Liquid egg albumen, when heated above approximately 150 degrees Fahrenheit (65 degrees Celsius), coagulates into a firm, white, opaque gel. The hotter and longer you heat them, the more the molecules will unravel and spot-weld to each other. So the longer you cook an egg, the firmer its white will become, ranging from the glop of soft-boiled to the rubber of hard-boiled to the leather of an “over, well” hash-house special. The drying out that takes place at higher temperatures also contributes to the toughening.

The protein in the egg’s yolk coagulates in much the same way, but not until it reaches a somewhat higher temperature. Also, the yolk’s abundant fat acts as a lubricant between the globs of protein, so they can’t weld together as much and the yolk doesn’t get as tough as the white, even when hard-boiled.

Now, about that potato and other foods that contain a lot of carbohydrates. Starches and sugars cook easily. They even dissolve in hot water to speed the process. When you bake a potato, some starches dissolve in the steam.

But there’s one very tough and very insoluble carbohydrate that is present in all of our fruits and vegetables: cellulose. The cell walls of plants are made of cellulose fibers held together by a cement of pectin and other water-soluble carbohydrates. This structure is what makes vegetables like cabbage, carrots, and celery, and potatoes, so firm and crisp. But put the heat on these tough guys, and they turn into wilted wimps.

The pectin cement dissolves in the liquids released by the heat, and the rigid cellulose structure is severely weakened. The result is that cooked vegetables are softer than raw vegetables.